Our legal and judicial standards are woefully inadequate in the modern age of absentee ballots, which are often submitted with no identification other than a signature.

In the good old days, a person couldn’t vote until they entered a local district, identified themselves, and signed in front of the polling staff. Disputes generally concerned misconduct by polling officials, faulty equipment, voter intimidation, illegal voting, or incorrect counting of votes. In the courtroom, the plaintiff candidate was expected to identify certain illegal ballots and provide witnesses to alleged wrongdoing.

Things have changed in recent years. The easiest, safest, and most effective way to cheat in an election is to vote by mail — especially in states that don’t require hard forms of identification.

As we learned from the movie 2000 Mules and ab other sources, Thousands of ballots can be harvested by people working for partisan organizations. The collector may be an anonymous postman, nursing home worker, drug addict, or homeless person, and may use trickery, theft, or bribery to get the ballots. After the partisan organization has checked (and possibly changed) the ballots, they are handed over to paid mules for placement in unguarded “drop boxes”.

In the courtroom, the old methods of contesting election results will not be effective because it is very difficult to identify the specific people or ballots involved in these nefarious and secretive harvesting operations. New methods are required, and these methods include statistics, analysis, door-to-door campaigning and signature testing – preferably by independent CPAs and other experts.

To understand why this new approach is necessary, consider some real-world electoral irregularities as they are typically tried in court and how they might be argued with the addition of audit and statistical evidence.

2016 overall rejection rate for mail-in ballots in Georgia was 6.42 percent. In 2020, that rate dropped to just 0.36 percent. In other words, it went down to about 1/18 of what it was originally. That drop was larger than the drop in any other state, and it’s very surprising when we consider that many voters in Georgia had never used mail-in voting before.

Had the 2020 election had the same rejection rate as the 2016 election, it would have reduced the number of votes by 78,000 – easily enough to overturn a state election decided by just 11,800 votes.

The legal assessment: In response to a court challenge, attorneys for the Elections Department claimed that the department had become more efficient in “curing” (repairing) defective ballots and/or ballot envelopes. The plaintiff’s nominee would likely be prevented from examining ballots and envelopes (due to alleged “privacy” concerns), deadlines would expire, and the judge would dismiss the case for lack of concrete evidence.

The CPA auditor’s assessment: Before the election, the auditor would assess the control system in relation to the acceptance or rejection of ballots and the level of compliance with those controls. If they were very weak, the auditor could issue a “Disclaimer of Opinion,” meaning the winner of a close election may be undetermined. This report could be presented to the court – possibly before the election.

On an Arizona Senate committee Listen, Examination Assistant Paul Harris stated that 95 percent of the 2020 Maricopa County Foreign Military vote went for Joe Biden. That was a virtually impossible percentage considering the entire nationwide vote was split fairly evenly between Biden and Donald Trump. It gave Biden a net gain of 8,000 votes in an election decided by 10,400 votes. (The military vote includes foreign family members.)

There was another troubling fact about the military vote: the “ballots” were simply unsourced printouts of (presumably) emails or faxes on standard copier paper. There were no Chain of Custody documents showing who processed the ballots and when.

Op-Ed: The Conservative calls for McCarthy were missing one important thing — we’ll need it in 2024

The legal assessment: The Elections Department would claim that the lack of records was caused by inadvertent oversight by the clerks, no invalid ballots were specifically identified, and there was no time to investigate further.

The CPA auditor’s assessment: An auditor would view the lack of source documentation as a serious breakdown in electoral control. To resolve this matter, he would send confirmation letters directly to foreign military voters to determine how the ballots are being filled, collected and transmitted. To assess the reasonableness of the 95 percent to 5 percent difference in votes, he would compare it to the difference in previous elections. Failure to allow time for these tests to be performed could result in the auditor concluding that a close election is not certifiable.

Unfortunately, Michigan Secretary of State Jocelyn Benson told subordinates to “assume” signatures on mail-in ballots matched state records. Trump challenged that assumption in a lawsuit, demanding that signatures be scored using normal Michigan standards and requesting an audit to determine the impact of Benson’s changes on the election.

The legal assessment: Judge Christopher Murray found that Benson had done so acted unlawfully regarding the guidance she gave to subordinates. However, when he made that decision (March 9, 2021), the election was confirmed, and for that reason the judge ruled that Trump’s challenge was void. Regarding Trump’s request for review to assess the impact of the signature change, the judge ruled that Michigan law gave that authority to Secretary of State – Benson. News Flash! She decided that an exam was unnecessary.

The CPA auditor’s assessment: An auditor would consider Benson’s signature, which matches “conjecture,” to be a material and serious weakness in election control. For this reason he would probably not recommend confirmation of the choice until the implications of the conjecture are assessed.

On November 24, 2020, Secretary of the Commonwealth of Pennsylvania Kathy Boockvar confirmed Pennsylvania’s election. Back then there was 202,377 more ballots cast than the official number of voters (an undisputed fact). It’s one of several reasons some Republican lawmakers wanted Vice President Mike Pence to delay the Jan. 6, 2021 ballot count. They knew there was a discrepancy of 202,377 votes and they wanted time to fix it.

The legal assessment: Boockvar claimed this was just one timing problem. Her spokeswoman said several counties have yet to update their voter counts, which would eventually align with the number of ballots.

The CPA auditor’s assessment: An auditor would claim that the election was not certifiable until this massive discrepancy was resolved. (Incidentally, there remains an unexplained discrepancy larger than Biden’s winning margin. Because of this, it’s not clear whether Biden actually won the Pennsylvania election.)

Those are just a few examples from the 2020 election. If you haven’t heard about it, that’s because of the extreme censorship we’re living under now. For various reasons, these irregularities have been largely ignored.

Of course, the best improvements would be:

In the meantime, here are the alternatives I recommend:

Before the election, even if there is sufficient time, the candidates should employ professional auditors to study the system of internal controls set out in laws, regulations and administrative manuals. In particular, the auditors should look for weaknesses in the handling of postal voting documents. Some of the relevant controls include:

If weaknesses are found, complaints should be filed before the election.

After the election, time will be very limited. Determining whether poll checks have been carried out requires carefully selected and narrowly defined verification methods. Particular attention should be paid to collecting illegal ballot papers. There are only two good ways to check these illegal ballots:

1) Advertise. Using county lists of qualified voters who voted by mail, interview a statistically significant representative of voters in their communities. You should be asked relevant questions, including these:

This should be done immediately after the election, while the memories are still fresh. If there are a statistically significant number of exceptions and professional accountants conduct the survey, this could be powerful evidence in a court of law.

2) signature verification. Request access to ballot envelopes so a sample of signatures can be selected for testing. Expect a fight: Electoral authorities will try to block your access, citing ‘privacy concerns’

In the courtroom, the CPA examiner must present his findings persuasively to convince the skeptical judge that expanded audit work is essential. This will be challenging as much of the work will be statistical in nature. However, if the information is credible and crucial, getting approval for an expanded audit — or even a re-election — should suffice.

In states that accept mail-in ballots without voter identification, it is important to greatly strengthen the role of CPA auditors in resolving election disputes. 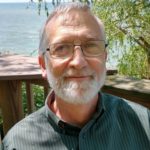 https://www.westernjournal.com/op-ed-4-devastating-truths-2020-election-disputes-2024/ 4 devastating truths about 2020 election disputes and what to do before 2024

Major Celeb Catching Heat for What He Said About Her

WATCH The Suns Media Call for Zion to Get Hurt