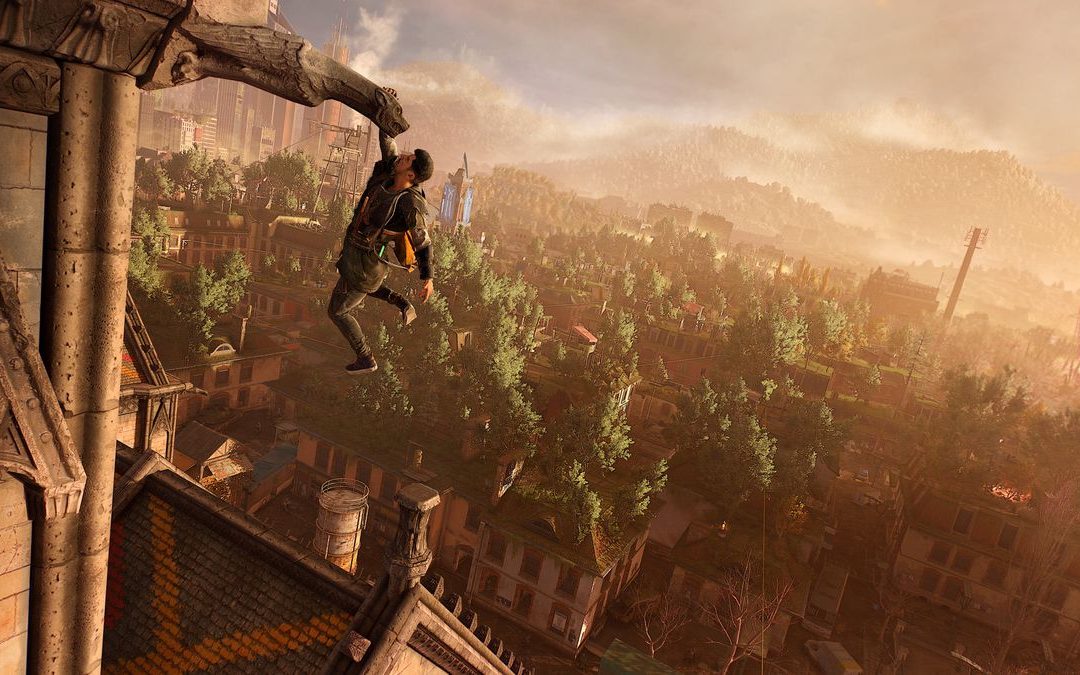 Unfortunately, that influence doesn’t extend to the narrative, which is overworked and overly obsessed with unconvincing performances. You’ll meet loads of quest givers scattered across Villedor, hear them chirp and instantly forget who they are as you jog to their marked waypoint. Very little is shown and much is told. A few characters stick in the memory; frustrated inventor Alberto, ruthless Bazaar boss Sophie and assassin Lawan, voiced by Rosario Dawson, but for the most part this is a cast of post-apocalyptic clichés. Worst of all is Aiden himself, an unsympathetic goofball voiced by a bored-sounding Jonah Scott.

But while it can be difficult to care too much about Aiden and Villedor’s plight, solving their problems is entertaining enough to compensate. Combat is brutally crisp as you pick up taped lead pipes and broken shovels, handcrafted machetes and javelins, and explosives. Aiden is also supple, able to throw powerful punches and dodge. Or counterattack and lunge off one staggered enemy and kick another behind. There’s a real punch and there’s nice variation on whether you’re fighting humans or zombies. The former require a bit more patience and technique, while the latter require crowd control and instinct.

The fight is a high point, but the star of the show is the parkour. You gallop over the roofs of Villedor; Climb drainpipes, leap from building to building, swing on hanging cables and pounce on carefully placed mattresses on the streets below. Its exciting stuff and missions are most exciting when you race against the clock.

It also ties in well with Dying Light 2’s day/night cycle, with the need to stay off the streets at night, meaning you’ll need to catch your breath and plan your route while looking across the city for collapsed architecture in order to ramps and the violet glow to make UV-bathed oases. Get caught by a “Howler” at night, and it turns into a mad dash to one of those safe spots while screaming for any nearby zombie.

Should you join the Tesla club? Nine things to know before you buy the popular electric car

In pictures: the belongings of Britain's child migrants

the book was beloved but this TV adaptation is just creepy