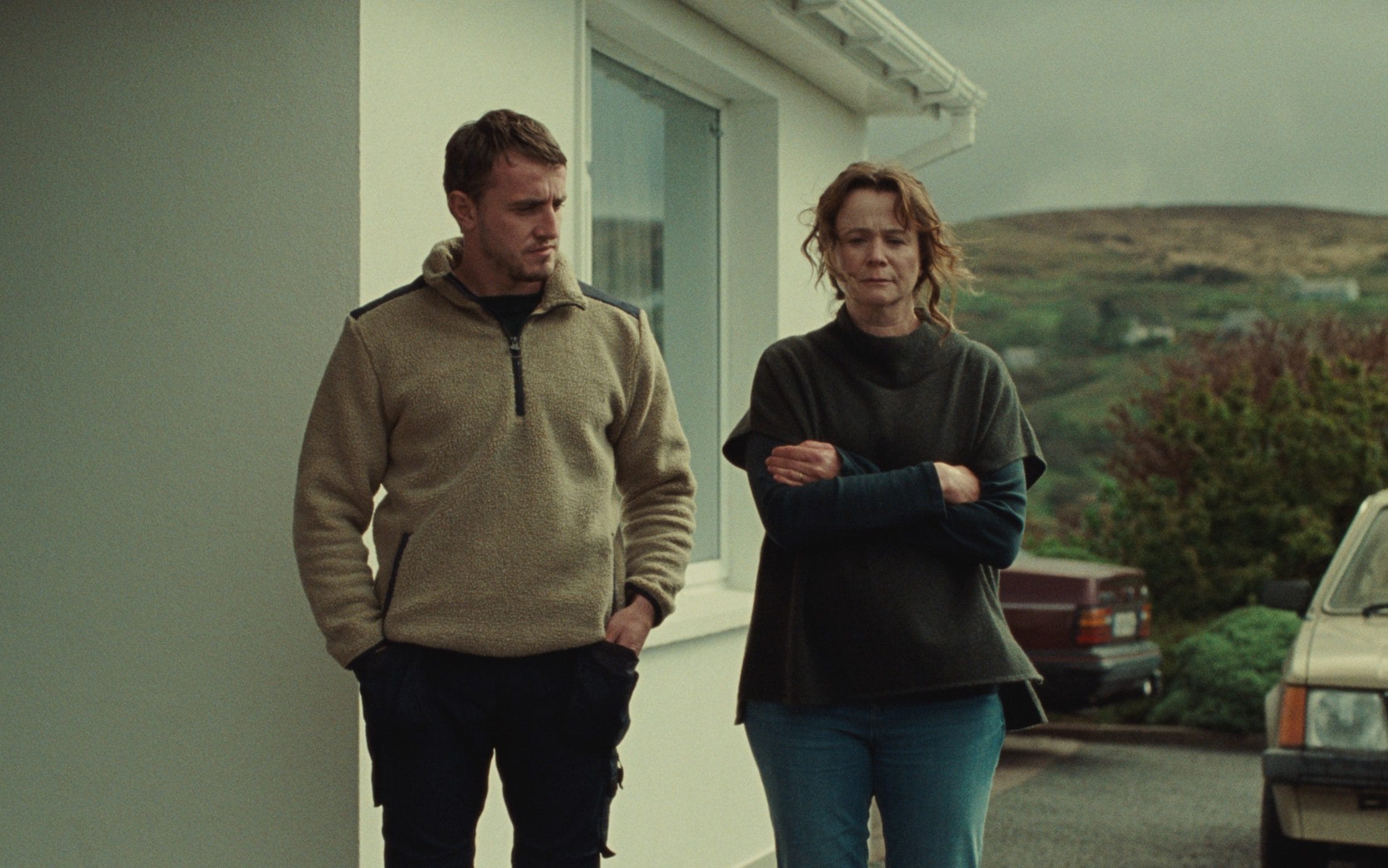 It’s the undercurrents that you have to watch out for in God’s Creatures. Not just those emerging from beneath the surface of the shallow fishing grounds off the coast of Kerry – but also their psychological counterparts, swirling in time-honoured patterns through the small, nameless community that sits hunched and dour at the water’s edge.

This is the surprising setting for young American filmmakers Saela Davis and Anna Rose Holmer’s new film – whose first collaboration, heightened inner-city dance drama The Fits, premiered in Venice in 2015. Its sequel is this gritty Ireland-set tale of the prodigal son, which is featured in the sidebar of the Director’s Fortnight in Cannes this year. It’s an ambitious if not entirely successful fling, buoyed by a convincingly quivering sense of scenery and two terrific performances from Emily Watson and the busy Paul Mescal, whose drama Aftersun is also showing around the corner at Critics’ Week.

Mescal plays Brian, a young man who returns to the village unannounced after a long absence. Years earlier he split up for Australia, though he failed to tell his mother Aileen (Watson) exactly where he was going or what he was up to, and doesn’t seem to have had much contact since. Watson skilfully plays the moment of their reunion, which takes place at the wake for a drowned fisherman: her face freezes in shock, which only relaxes into happy surprise after a few uncomfortable seconds.

This abrupt and inexplicable homecoming is met with less enthusiasm by Brian’s father, Con (Declan Conlon) and his married sister, Emma (Isabelle Connolly), for whom the lack of detail in his story portends trouble. But Aileen, whose tough life is split between shifts at the local fish processing plant and caring for her father-in-law, who has dementia, likes to overlook all of this, as well as the general outline of Brian’s plan to revitalize the family’s failing oyster farm, using funds from illegal night fishing trips. A bloody laceration to the palm, sustained on one of these illegal excursions, glows palely on screen – a wet, red harbinger of danger in the dark and an ominous breach in the outer layer of this young man’s charm and confidence.

Shane Crowley’s script keeps those tensions on a low heat for a while, until an accusation leveled at Brian by Sarah (Aisling Franciosi), an old flame from his pre-Australian days and one of Aileen’s colleagues at the factory, causes Aileen’s maternal instincts, to override their better judgement. This incident splits the community in a dramatic and at the same time invisible way: people take sides in silence, exchange charged glances, but life goes on as before – at least on the surface.

At this point, the mechanics of the plot begin to twist in more predictable ways, and the broader point of collective complicity is hammered away in monologues that perhaps feel a little too polished in context. And for all its salty vibes, the culminating mother-son scene also feels like an invention: two actors walking, or perhaps wading, towards a cosmically preordained end.

It is at odds with the incredible psychological delicacy and precision that Watson brings to Aileen’s reckoning with the consequences of her decision, and her growing awareness that she wanted to preserve the status quo – and for which the village as a whole still seems ready to adjust – actually died all those years ago with Brian’s initial departure and can never really be restored. God’s Creatures is a multiverse film in its own appealingly brooding, salty way.

96 minutes. Screening at the Cannes Film Festival. A UK publication is TBC

https://www.telegraph.co.uk/films/0/gods-creatures-review-brooding-paul-mescal-shocking-turn-events/ a brooding Paul Mescal, a shocking turn of events

An expert guide to Tokyo