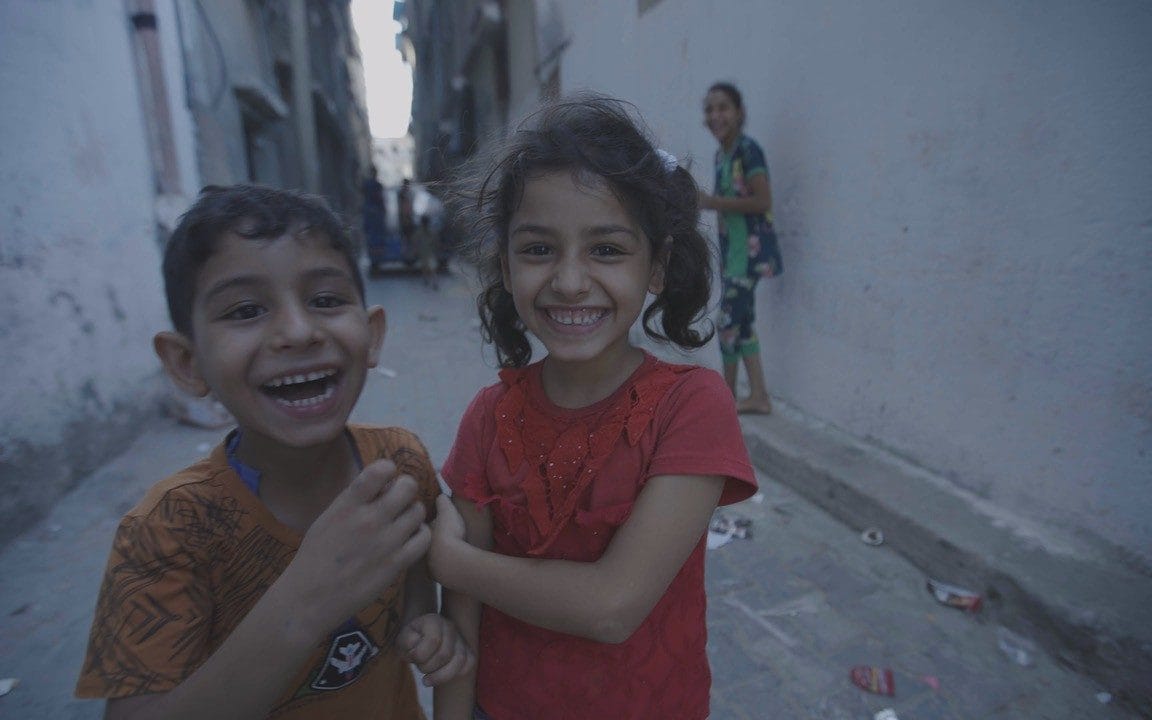 Last summer, with Covid still raging and the world barely watching, the Gaza Strip experienced the bloodiest escalation of hostilities since 2014. Attempting to get a two-sided view of this particular wave of bombings would probably have doomed any documentary: no pursuit of editorial balance could ever be generally accepted.

The great virtue of Eleven Days in May is to avoid any such attempt. It focuses with devastating simplicity on the deaths of Gaza’s children, and only Gaza’s children, in this struggle: the 60 of those innocent lives lost from May 10, 2021 to the May 21 ceasefire, amid a total death toll by at least 243 people, according to the Gaza Ministry of Health.

Kate Winslet provides the no-frills narration for the film, which was directed by Michael Winterbottom and a Palestinian filmmaker named Mohammed Sawwaf. Not a word is not bare fact about where a bomb landed and who died. It walks us through day-to-day, putting not just names but faces – laughing, on phone tapes when they were alive – into the stats.

On some of those days, entire families were all but wiped out, with only one pair of grandparents left behind. Other days, fragments of Israel’s airstrikes took away a single eldest brother or youngest sister, an unborn baby.

With every new name comes a family. They are grouped and isolated, in portraits, looking straight into the lens. Little siblings squirm or giggle as the shots are planned: they do what kids do. She and her parents tell us about those who lost them – a little girl obsessed with cats, a boy whose favorite footballer was Sergio Ramos. They remember with hardly a trace of bitterness, sometimes smiling, sometimes in tears.

TikTok videos and selfie filters, which are presumably appreciated by survivors today, briefly bring victims back to life on screen. But then we see the wreckage, blood and broken limbs captured by strangers’ phones on the streets mixed with chaos and sadness. The images of the bodies are only a tiny fraction of what is shown, but of course their weight is infinite.

Raising a memorial to the dead is all this film does and all it has to do. We’re not caught up in disputing anything: in terms of what’s strictly on screen, there’s nothing to dispute. A woman was sending her daughter out shopping one afternoon, a bomb landed and she died just meters from her front door. The mother carries with her unimaginable sadness, as well as guilt for putting her child in danger. Nowhere in Gaza is safe, as we are often reminded: the same bomb might as well have destroyed this family’s building and everyone in it. It is the cosmically cruel randomness of this injustice that strikes us.

Winterbottom has been going down a bit lately after losing the final cut of his comedy-satire Greed (2019), in which the jokes sat uncomfortably alongside the moral protest. This comparatively under-appreciated project has brought out his most focused, human, not ostentatious instincts, and ranks as his best work in years.

It is a desperately harrowing litany of loss, set gravely to Max Richter’s liturgical music with echoes of Fauré’s Requiem. The film doesn’t rage or rant; Rhetoric is not one of them. But the hundreds of testimonies it presents, even from those who stand by in silence, provide an impressively simple reason for its existence. There’s just no way to watch it unmoved.

https://www.telegraph.co.uk/films/0/eleven-days-may-review-michael-winterbottom-mohammed-sawwafs/ a devastating tribute to 60 children killed in Gaza

‘When I decided not to screen my baby for Down’s syndrome, I didn’t expect my friends’ reactions’