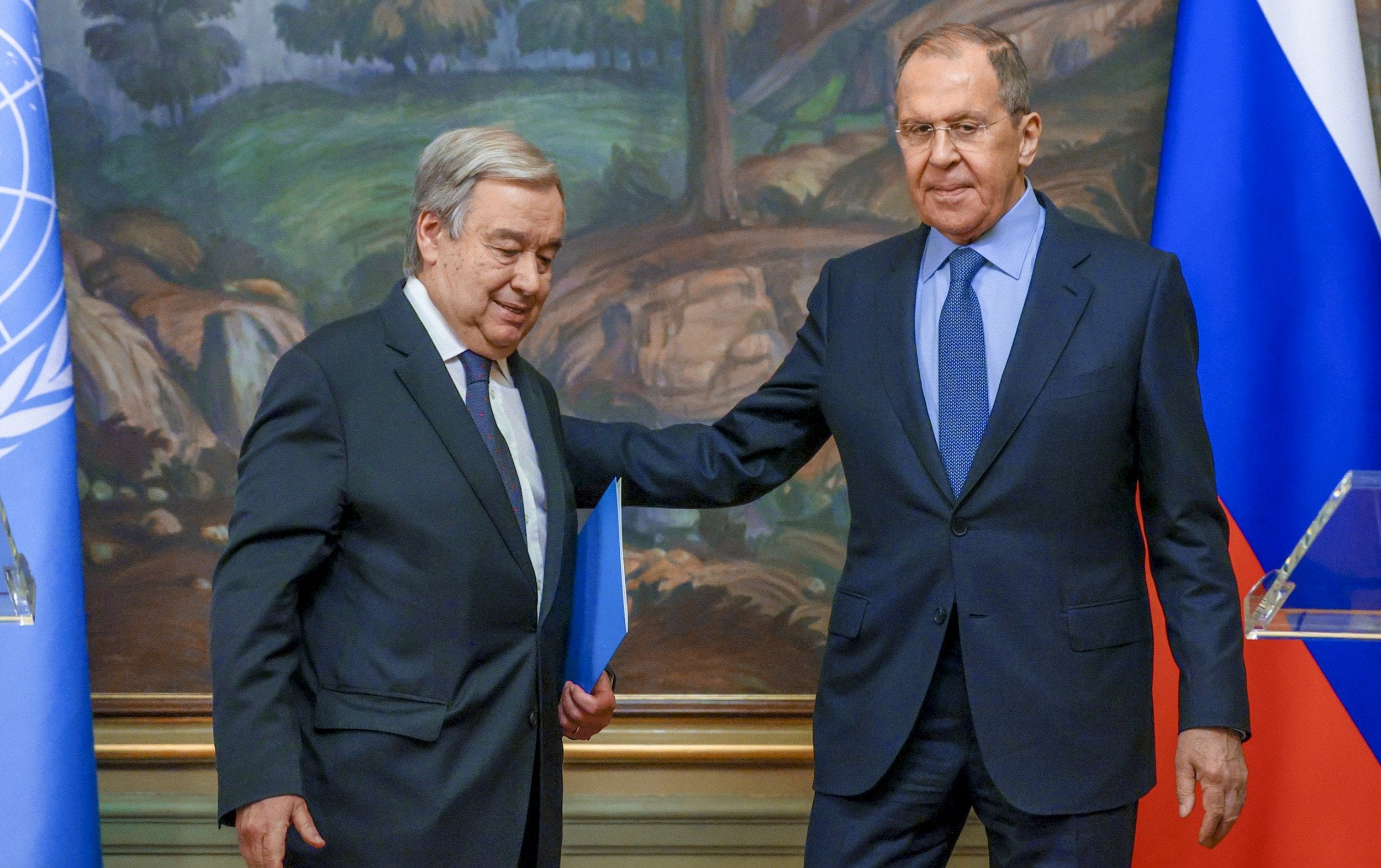 António Guterres, the UN Secretary-General, no doubt meant well when he traveled to Moscow to hold talks on invading Ukraine in hopes of peace. But he risked giving Russia’s leaders the false credibility of standing alongside the representative of the very body tasked with upholding international law.

Sergey Lavrov, Russia’s foreign minister, took the opportunity to claim that his country was a staunch supporter of a system hijacked by the West. He reiterated the duck that Russia was involved in a “military special operation” against Ukrainian Nazis and was trying to avoid civilian casualties and ensure aid to those engaged in the fighting.

Mr. Guterres knows this is bullshit and has been able to tell Russian TV viewers, at least for the first time, that their country has been pilloried at the UN for violating Ukraine’s territorial sovereignty. Mr Lavrov rumbled that countries voting against Russia were being blackmailed by America. Mr. Guterres countered that one thing could not be denied: Russian troops are in Ukraine, but not vice versa.

If the Secretary-General managed to discredit the Russians with relentless propaganda about their illegal and brutal invasion, he might have done a good thing; otherwise it was a grotesque spectacle, with Mr. Lavrov attempting to portray the Russians as the wronged party.

Mr. Guterres later made his way to Kyiv, where he should have gone first, to demonstrate that the UN knows who is right and who is wrong here. As President Zelenskyy noted, “There are no corpses on the streets of Moscow.”

https://www.telegraph.co.uk/opinion/2022/04/27/grotesque-spectacle-moscow/ A grotesque spectacle in Moscow

Focus on cats rather than game shooting to cut down animal deaths, RSPB urged

Exploring Global Connectivity and Opportunities along Belt and Road

Tropical System Getting Better Organized in the Gulf