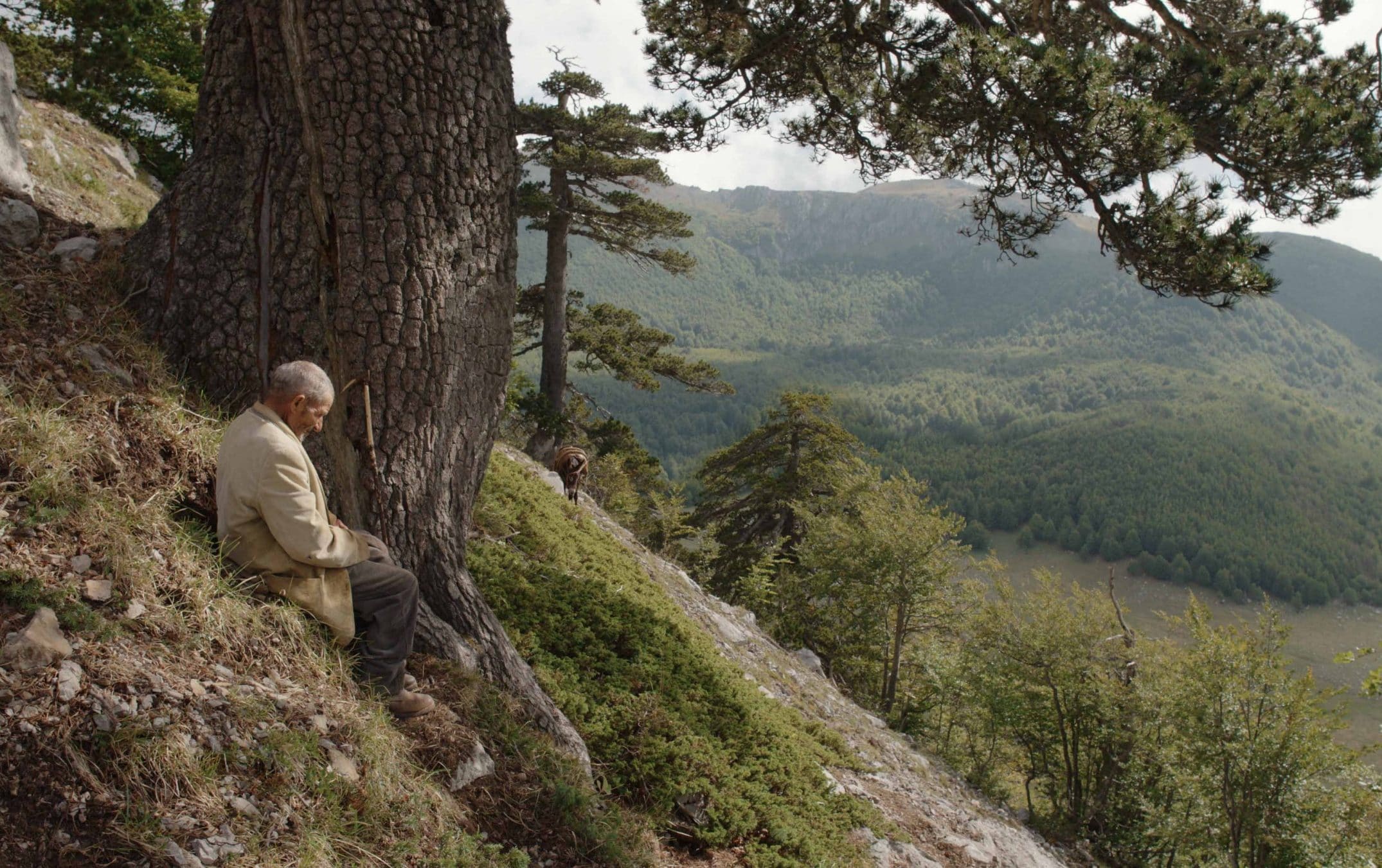 It’s common enough to yawn at a movie; much less likely to find a movie that yawns at you. But this is exactly how the new feature film by Michelangelo Frammartino begins: the view of a wide opening in the ground, bearded with green and dozing open, as if caught in the moment of supreme geological stillness.

The time and place is rural Calabria in southern Italy in the early 1960’s and the hollow is the opening to a then unknown cave being explored by a group of young speleologists from wealthy northern Piedmont. On this bright blue morning, however, the only prospects are a pair of cows, who saunter up and flick their ears skeptically as the surrounding pasture emits a gentle wake-up call of neck bells and moos.

Il Buco (the title translates as The Hole) offers a fictional reconstruction of the 1961 mapping of this pit, which was the third deepest pit known to man at the time. Yet the experience of seeing it is the opposite of claustrophobia. Frammartino, directing his first feature-length film since his 2010 goatherd opus Le Quattro Volte, does not present us with a daring journey to the center of the earth. Rather, it’s a leisurely, ladder-backed dally, with great photography and minimal dialogue, each action observed with the same whimsical nonchalance as these two early animal viewers.

The cavers themselves are largely watched from afar, like supporting actors in a Jacques Tati comedy. And as in Tati, there are jokes here so subtle it seems we’re daring to overlook them: as the explorers depart from the nearby village, there is a moment of deadpan foreboding as they visit a local dentist with a Passing by a headlamp and awkwardly peering into a young lad’s mouth.

Later, as they descend into the cave, taking measurements, plumbing drops with rocks and burning scraps of paper, and then converting their results into elegant pen graphs, one gets the sense that the group’s hasty activity stands for human enterprise in general—and all of it amusingly contradicts itself the ancient stillness of the landscape. And after the climbing and arithmetic, there is still leisure: in a beautiful sequence, two men kick a soccer ball back and forth over the cave entrance until the inevitable happens.

https://www.telegraph.co.uk/films/0/il-buco-review-languid-italian-stroll-centre-earth/ a languid Italian stroll to the centre of the Earth

why Israeli series Tehran has got it all

The Karate Kid musical’s Mr Miyagi on Asian representation, how it’s ‘not a movie being staged’, and stepping into Pat Morita’s shoes