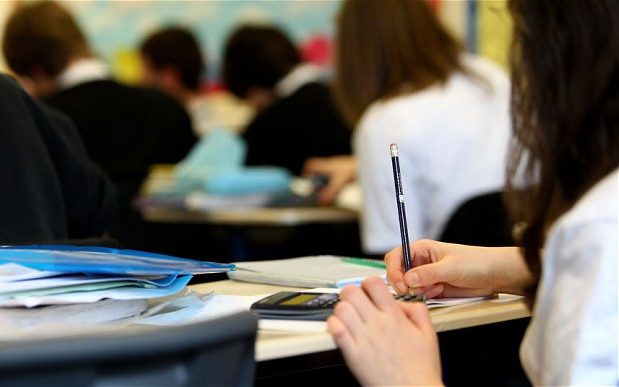 SIR – I find the decision by the Junior Parlor Committee at Pembroke College, Cambridge to cancel a Around the World in 80 Days party alarming and depressing because I fear it will promote “cultural appropriation” and the “potential for has impetus.

Is merely wearing a turban as taboo as “blacking it out” deservedly so? Will the humorless Thought Police eventually apply to nativity plays and children’s dress-ups?

What about rag days? Every year while at Hornsey Art School, my dad and his twin brother dressed up as the ugly Cinderella sisters and stole the show. In fact, while my father was lying in drag, my father met my mother—who, fortunately, was more delighted than offended.

SIR: What’s remarkable about those in the Remain camp is how incredibly short-term their horizons are. For them, a four-year “emergency brake” on in-work benefits would provide significant protection against further inflows of migrant workers. They think seven years (which they suspect how long it might take for us to negotiate a new trade deal with the EU in the event of a Brexit) is far too long and therefore a deal-breaker.

My decision whether to stay or go depends on what the life of my grandchildren (yet to be born) will be like.

SIR – My husband is considering voting for Brexit because the French don’t want us to leave.

I’m considering voting for Brexit so we can have decent lightbulbs again.

SIR – If people are still not absolutely sure how to vote in the June referendum, I think they had better abstain.

This question has been forming for 50 years. It’s not about current problems, talking points, and short-term results; it is about the sovereignty, resources and security of our nation.

It is about the freedom of the British people well into the future.

SIR – Just think of Donald Trump as the Presidents of the United States and Britain from the EU.

We would really be on our own.

SIR – Kyriacos Kaye ponders the opposite of “Brexit”.

SIR – It has been suggested that GPs should be notified if a pensioner’s bin has not been provided for a fortnight.

Because my local authority has excellent recycling facilities, I rarely put out my “non-recyclable” bin more than once every four weeks. It is also known that I have six weeks vacation. Will I need to notify my community and others of my intended absence in the future?

SIR – Christopher Howse’s TV review of The Secret History of My Family refers to several flaws in the program, which is trying to find the descendants of three sisters caught stealing in the 1830s, two of whom, like it that is, sent to penal colonies.

However, I cannot find any evidence to support this story. I have looked at the Australian and Tasmanian convict archives, the Old Bailey online records, UK criminal records and online newspaper archives and there is no evidence of the transport of a female Gadbury.

Caroline, one of the sisters, appears in newspapers as a 12-year-old victim of three women who forced her to take her boots to the pawnbroker and then stole the proceeds. She appears on the criminal records of 1834, 1836 and 1837, but was found not guilty on one count and given two days and a year on the other two counts. There is also a letter from her to “my husband”. This may have been John Ricketts, whom she married in 1844. They appear in the 1851 census with children.

Genealogy websites show three Gadbury couples living in Shoreditch and Bethnal Green in the early 1800s, but none have children with the correct name combination.

SIR – Am I the only one who finds the questions asked by insurance companies to obtain quotes of coverage more and more burdensome and ridiculous?

Recently, while seeking cover for the contents of my home, I was asked if any property within 400 yards of our home had ever suffered from subsidence.

How do you react when you haven’t had the foresight to check with 100+ nearby property owners?

https://www.telegraph.co.uk/opinion/2016/03/18/letters-a-longer-school-day-will-mean-a-richer-broader-education/ A longer school day will mean a richer, broader education for pupils

The Phantom of the Open, review: an uproarious, Ealing-esque tale of a real-life golfing imposter