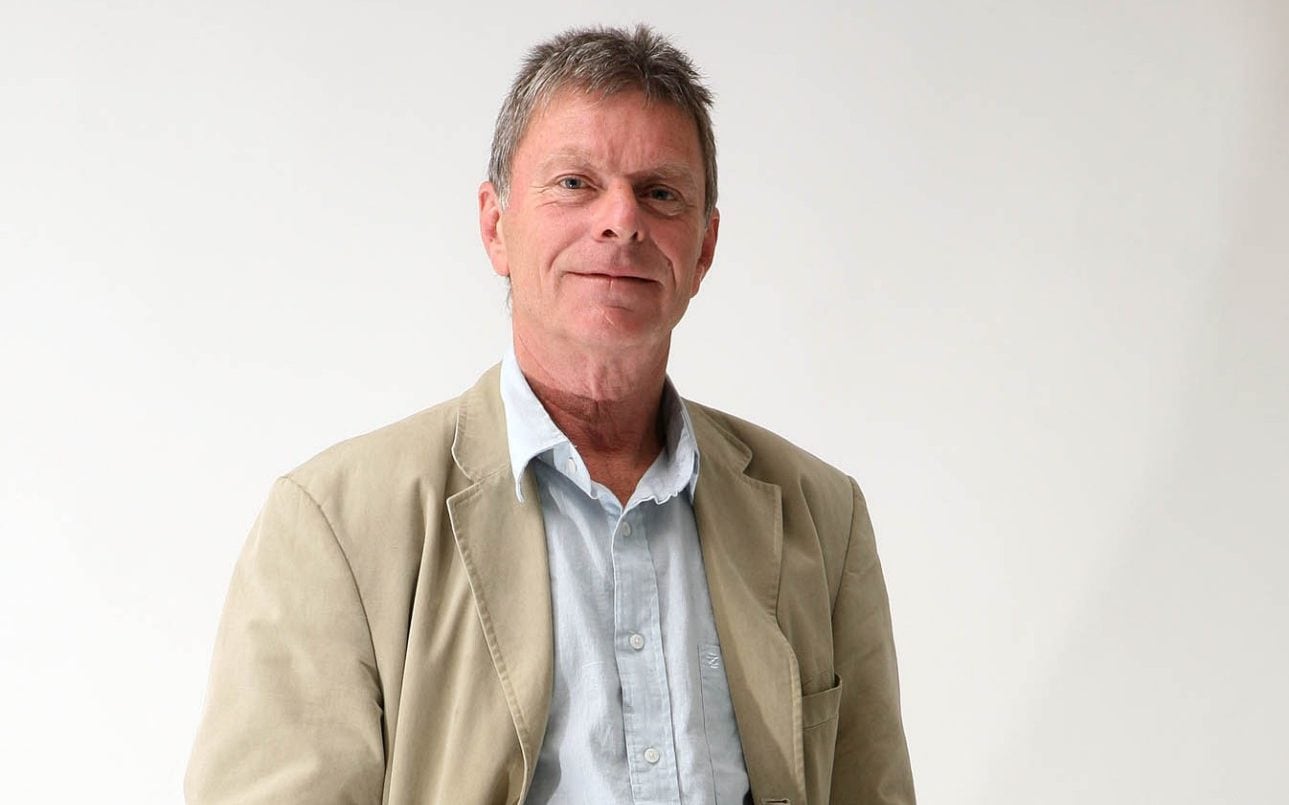 The last time I spoke to Martin Johnson on the phone I cried with laughter on the train to London. It was an intimate experience for those lucky enough to know British sport’s ultimate storyteller – a man who was even funnier in person than in print.

Johnson – who died aged 71 – wrote for the Daily Telegraph between 1995 and 2008. It was at the heart of a terrific career that began in the 1970s with the Leicester Mercury and also included sizeable stints with the Independent – where he made his first foray into Fleet Street – and most recently the Sunday Times.

Even amidst the eccentricities of the press box, Johnson was one of a kind: a correspondent who could skewer the shortcomings of a team or an athlete as accurately as any normal news reporter, while eliciting a hearty laugh.

He’s had so many great moments but the standout ones tend to be cricket tours of England because that was the sport that sparked his best work. In the winter of 1986/87, while stumbling Ashes tourists through their warm-up games, Mike Gattings famously wrote: ‘There are only three things wrong with this England side: they can’t bat, they can’t bowl, and they can’t catch.”

When I called him in 2017 while I was preparing a historical article on Gatting’s Ashes, he expressed surprise at how his joke lived on. “It’s extraordinary how the ‘can’t hit, can’t bowl, can’t field’ thing survives, like finding someone’s teeth in a pile of ashes,” said Johnson, who was used to being asked, of his reminiscence to cycle out the journey. “It has to be like being an impressionist like Alistair McGowan and being asked to do your Harold Wilson every time you go to dinner.”

The other pivotal story from his days on the cricket trail comes from the 1996-97 tour of Zimbabwe – a particularly ill-fated trip – where his perceptive questions provoked then-England coach David ‘Bumble’ Lloyd into an infamous outburst.

“England had just drawn against Zimbabwe,” recalled Peter Hayter, a good friend of Johnson’s, covering cricket for the Mail on Sunday. “The atmosphere at the press conference after the game was tense to say the least. Mike Atherton [then England captain] eyed Martin, and Bumble suddenly blurted out, saying, “We flipped her, murdered her, everyone knows that.” As always, Martin had the last laugh. He wrote: ‘When you murder a person it is wise to make sure that he is not breathing.’”

Coincidentally, Atherton boiled down and knocked on Johnson’s door that evening with a bottle of wine, which they shared in a mood of reconciliation. Nor was he the only England captain to reconcile with Johnson in this way after reacting angrily to one of his barbs. David Gower – a man so composed he was sometimes seen as a dilettante – was once moved to threaten litigation over a suggestion his leadership could be improved by a frontal lobotomy

“Even I, who had known him for so long, was offended,” recalled Gower, whose apprenticeship in Leicestershire coincided with Johnson’s days at County Beat. “We have hired a lawyer to write a letter to the Independent’s sports editor threatening closure if no apology is made. Martin called me and said, ‘What’s going on?’ I said, ‘I want a bottle of champagne, make it a magnum. I want you to bring it to my house and then we can drink it. It was a reasonably amicable out-of-court settlement and certainly didn’t tarnish our friendship.

“Martin was a writer of great skill, and he wrote mainly to entertain himself,” Gower added. “Also, he was very independent and wasn’t afraid to put the boot on. Mike Turner [Leicestershire’s chief executive] would look enviously at Leicester City Football Club up the road and find that the report said they were unlucky when they lost 6-0 because the football reporter was almost a PR man on the club staff. Turner once asked me to speak to Martin about it, but as soon as we got down to talk at the bar he turned to me and said, “Quiet words – if it’s about what I’m writing for the Mercury, go for it don’t worry ‘”

Johnson wasn’t known as a newsmaker – and the press ironically referred to him as “Scoop”. He could be accident prone, like when the Telegraph sent him to cover a heavyweight boxing match between Lennox Lewis and Ray Mercer. Arriving at the MGM Grand in Las Vegas looking for his ringside seat, Johnson was told he was in the wrong place and the fight was way to the east. “East side of town?” he replied. “No, sir, east like the east coast.” It was actually performed in New York.

https://www.telegraph.co.uk/sport/2021/03/15/martin-johnson-tribute-press-box-legend-brought-laughter-wherever/ A press box legend who brought laughter wherever he travelled

‘I won’t be shamed to stop climbing, even if it’s just days until I give birth’