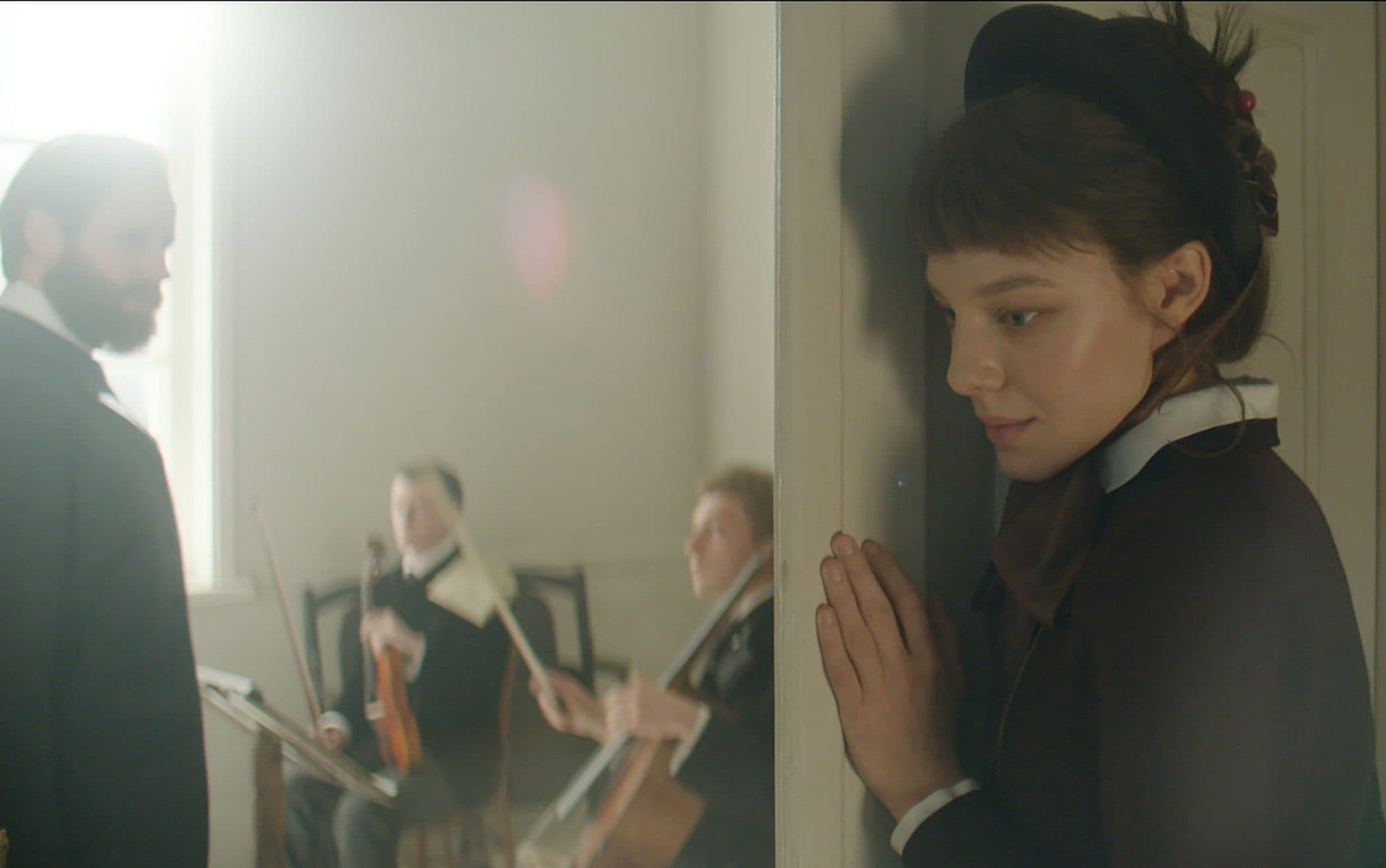 Kirill Serebrennikov has premiered four films at Cannes to date, although he can hardly be described as a regular guest here. This year, the Russian dissident filmmaker has returned to the festival in person for the first time since his debut in 2016: he has now been under house arrest in Moscow for almost two years due to dubious allegations of fraud – and was recently lifted again by the Putin regime.

That meant he could walk the red carpet tonight for Tchaikovsky’s Wife, a new period drama about the disastrous marriage between the Russian composer and Antonina Miliukova, whose fanatic adoration of her husband has turned to a vengeful obsession. (Their tormented union was also the subject of Ken Russell’s The Music Lovers.) The sticking point — good as it may be — is Pyotr Ilyich’s homosexuality, which he doesn’t address and doesn’t acknowledge.

The two spend evenings in louche salons, where the petit-bourgeois Antonina (played intensely by Alyona Mikhailova) gives no thought to questioning the presence of such anatomically candid artworks on the walls, or why all the other guests happen to be men, or why they dance so close together, some of them in makeup and drag.

Sadly, as nice as it would be to report that the film lived up to its director’s triumphant return, it’s an overbearing duty: watching it feels like watching some kind of art-house movie, Krypton Factor, with a barrage of interpretive dance routines compete, unabashed frontal male nudity, pulverizing sombre mise en scene, and writhing mental breakdown. (In fact, a super lap scene towards the end somehow manages to combine all of the above.)

However, there is a hard-hitting set-up sequence at the beginning where Antonina arrives at her husband’s funeral in 1893, only for his corpse to climb out of the coffin and swear at her from the afterlife. “What was the point of this vulgar tragicomedy?” he scolds, his snow-covered beard bristling with vitriol. (In both Death and Life, Tchaikovsky is played by Odin Lund Biron.) Two hours and 25 minutes later, the viewer may be asking the same question.

Going back to 1872 we find Tchaikovsky already a rising star on the Russian classical scene and Antonina an enthusiastic student desperate to make his personal acquaintance. She buys a guide to writing love letters, tracks down his personal address, and persuades him to visit her modest rooms, previously scrubbed to a Hammershøi-esque spartan shine. A squirmingly clumsy reverse proposal takes place, which he politely but firmly rebuffs, only to later change its tune for reasons the film never quite dramatically abolishes.

The early stages of their relationship are like a joke in reverse – everyone who meets the couple seems to be stifling a laugh at poor Antonina’s forgetfulness – until Pyotr simply embarks on a journey and never returns. A divorce is brought into play via his friend, the pianist Nikolai Rubinstein (Miron Fedorov), but Antonina rejects it on principle, and her descent into insanity – caused by a cocktail of romantic self-deception and the general obstinacy of recent times – is Russian Patriarchy of the 19th Century – follows quickly.

Stylistically, the film follows suit, with intricate single-take scenes that allow days to pass in a single pan. But the effect is less immersive than unnerving, leaving this breakdown film unfeasibly psychologically opaque.

Screening at the Cannes Film Festival. A UK release has yet to be announced

“Thor: Love and Thunder” is the shortest Marvel film in years