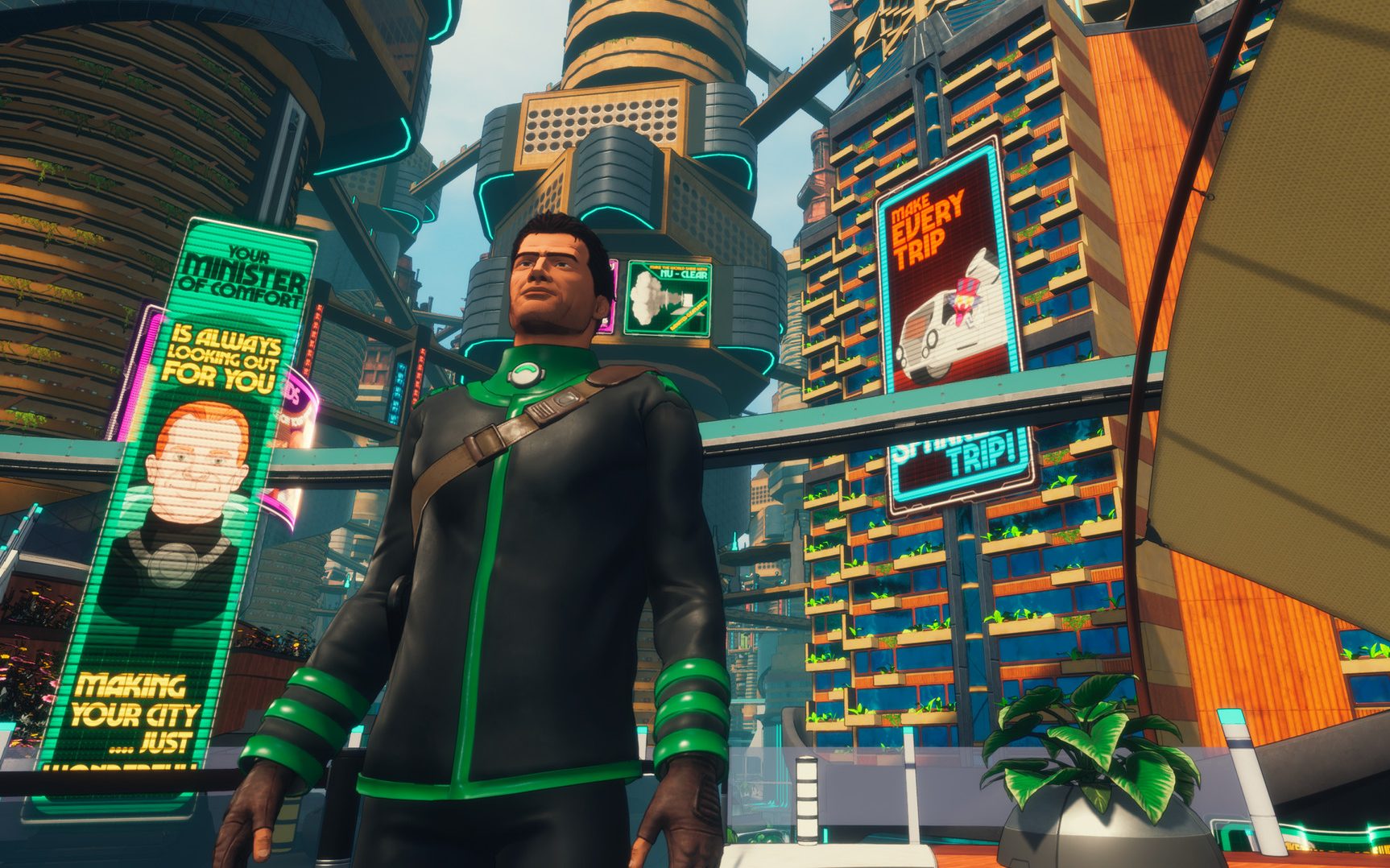 In Revolution’s classic 1994 point-and-click adventure Beneath A Steel Sky, you have scoured the underbelly of a dystopian sci-fi city to uncover its grand conspiracy. Forged in a post-Cold War world, Robert Foster’s journey, for all its lighthearted humor, was a reflection of socioeconomic perils.

One of the most intriguing things about this long-awaited sequel is that Beyond A Steel Sky nails its relevance for 2020 by turning Union City on its head. Led by Foster’s robot sidekick Joey, it’s a lustrous utopia. A forest of gold-hued buildings, neon signs and digital advertising yelling at its residents to strive and consume. While the Union is blessed with much – there is no overt poverty or crime – citizens are encouraged to increase their “Qdos” level by working hard at their assigned jobs and doing good deeds. Missing a day at work could see your Qdos level drop, barring you from some of the city’s more elaborate entertainment options.

It’s not dissimilar to China’s existing “social credit” system, while Union’s use of divinity, technological bling, and garishly bubbly pop to keep its citizens compliant hits pretty close to home. To decode this world, the stoic Foster returns. Foster, a “gaplander” used to living in the harsher outback on the outskirts of the city, is pushed back to Union City after one of his village’s children is kidnapped by a clanking robot kidnapper. In pursuit of him, Foster becomes embroiled in a case of identity theft and conspiracy at the heart of Union’s seemingly idyllic construct.

Of course, freeing himself requires delightfully eccentric logic puzzles that may or may not involve prepackaged sausages or tampering with the pompous Poet Laureate’s musical tastes. Despite Beyond A Steel Sky’s modern third-person-adventure appearance, this is every inch classic point-and-click roadblock-building with often weakly linked environmental puzzles.

https://www.telegraph.co.uk/gaming/features/beyond-steel-sky-review/ a witty and whip-smart return to a classic adventure

The best Nintendo Switch games of 2017