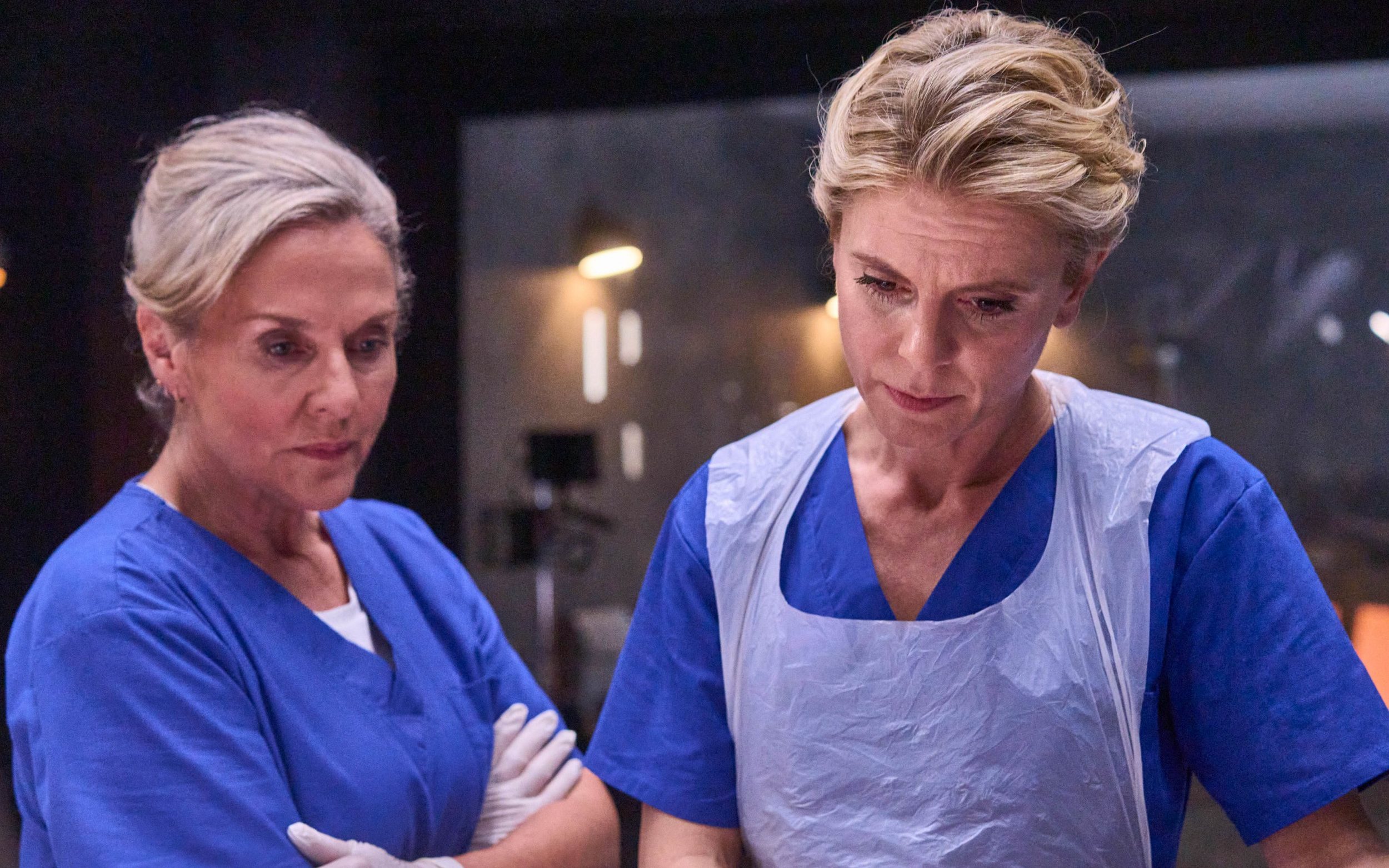 “Take your time, the body isn’t going anywhere.” Those were pathologist Sam Ryan’s first words on the first episode of Silent Witness (BBC One) in February 1996. And she was right, the bodies didn’t go anywhere – the sharp parade of bodies amassed 212 episodes in 24 series in 26 years. Even when Ryan (Amanda Burton) left the Lyell Center in series eight, the bodies went nowhere — more than 7 million of us still tune in to Stiff of the Week. Emilia Fox replaced Burton and although she has 166 episodes to Burton’s 54, it’s still Sam Ryan who stands for Silent Witness, not Nikki Alexander.

The writers allowed Fox and Burton to play with that tension when they finally faced each other. While at first there were only smiles and winks at the camera – “Nice to finally meet you Nikki. “Oh, we just built on your foundations…” – the two were soon butting their heads over a corpse as Ryan indulged in pathology in the back seat. The lab isn’t big enough for the two of you.

Ryan is now a private medical bigwig involved in a government program to introduce controversial “medical passports” that has resulted in the health secretary and her husband being shot dead by a sniper. It’s not uncharacteristic of shows like this to make anyone and everyone suspect, but it was particularly piquant that Ryan himself, sly and meddlesome, became an interesting person in viewers’ eyes.

However, this also highlighted the fundamental problem with Silent Witness – Ryan was always a more compelling character than Alexander, who, despite often burdening her with personal issues, is a straightforward heroine. Now Ryan is back and more nuanced than ever, down to her eyeballs in morally murky deals with big tech that could infringe on our civil liberties and pit the Number 10 against the police. Meanwhile, Alexander could finally sleep with her handsome colleague.

But what do we expect? This is a show where major investigation breakthroughs are made by characters listlessly looking at CCTV footage and saying, “Wait…stop. Rewind a bit. There. can you enlarge this There. See that?” Let’s just enjoy Burton while she’s back and, just maybe, while she’s bad.

https://www.telegraph.co.uk/tv/0/silent-witness-series-25-episode-1-review-amanda-burton-brings/ Amanda Burton brings the show back to life

From Tokyo Olympics to Euro 2020, the rescheduled events for next year