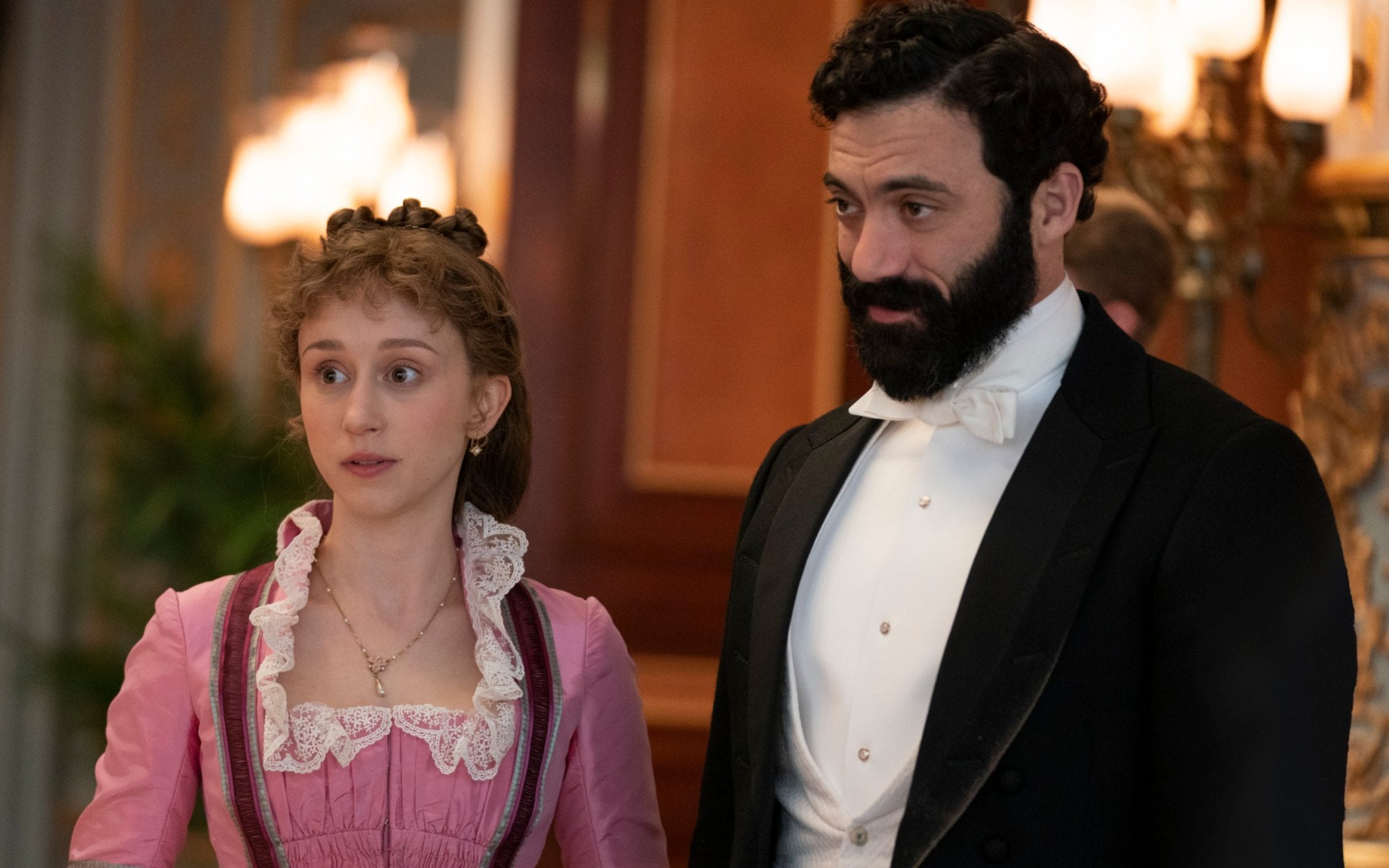 This was the era when Caroline Astor invited the 400 best members of society to an annual ball, excluding the inscrutably wealthy Vanderbilts for the crime of being nouveau riche – delicious fodder for a class obsessive like Fellowes. But speaking about this weekend’s show, Fellowes said he finds it refreshing that Americans aren’t as class-conscious as Brits. In the US, he explained, it’s all about success.

I have news for Baron Fellowes of West Stafford: we may not have hereditary titles, but an obsession with high society in America is very much alive and kicking – you just have to know what you’re looking for.

“It’s a much more nuanced class system,” says British-American author Francesca Segal, whose debut novel The Innocents is based on Edith Wharton’s The Age of Innocence and transports the New York class fable to north-west London. “And it’s harder to see those differences from the outside. But they can be felt just as strongly from within.”

The main difference is that in the American upper class, centuries ago, money was earned or generated by the Crown and not inherited. For Fellowes, even money passed down 10 generations must appear “new”.

And then there is the challenge of America’s size and lack of social cohesion. Are we talking the cream of Boston society, scions of California farming dynasties, Southern landowners, Texas oil millionaires, Kentucky equestrian families, or Midwestern industrialists? The class markings differ – but they definitely exist.

Most literature on class in America focuses on the upper echelons of East Coast society. In the early 20th century, Wharton made a name for herself as a chronicler of the Golden Age. In The House of Mirth and The Age of Innocence, she applied her X-ray social analysis to the snobbery and wildness of the New York upper class with whom she associated.

That was more than a century ago. Anyone interested in an updated dissertation on American aristocrats can find it in Maggie Shipstead’s Seating Arrangements. For three days on the fictional island of Waskeke, New England, the Van Meter family prepares for a wedding in a setting of high privilege (think lobster dinners and secret members’ clubs). The Van Meters share a very British upper class dislike of overtly new cars, clothes or furnishings. She and her contemporaries could be parents to the rich kids in Curtis Sittenfeld’s debut novel Prep, about an outsider inside the exclusive Ault School learning about the classes.

Or you could just go to TikTok, where Christina Najjar, known as Tinx, rose to fame with her viral “Rich Mom Starter Packs”; deadpan videos in which the 31-year-old portrayed the status symbols of elite women from Aspen (essentials: “a little $75 million house on Red Mountain”, dinner at Matsuhisa, a Brunello Cuccinelli coat) to Miami (her kids send to the country) dissects Day, an account at The Webster, with the maitre at The Surf Club on first-name relationships). Her videos are so popular that Gwyneth Paltrow guest-starred in one of them. Talk about upper class icons.

https://www.telegraph.co.uk/family/life/americans-can-snobby-class-brits-just-hide-better/ Americans can be as snobby about class as Brits – we just hide it better

An expert guide to a weekend in Brussels

Could Chinese President Xi Jinping be planning a 2-day trip to Hong Kong for July 1 events? Hotel quarantine begins on Wednesday for politicians