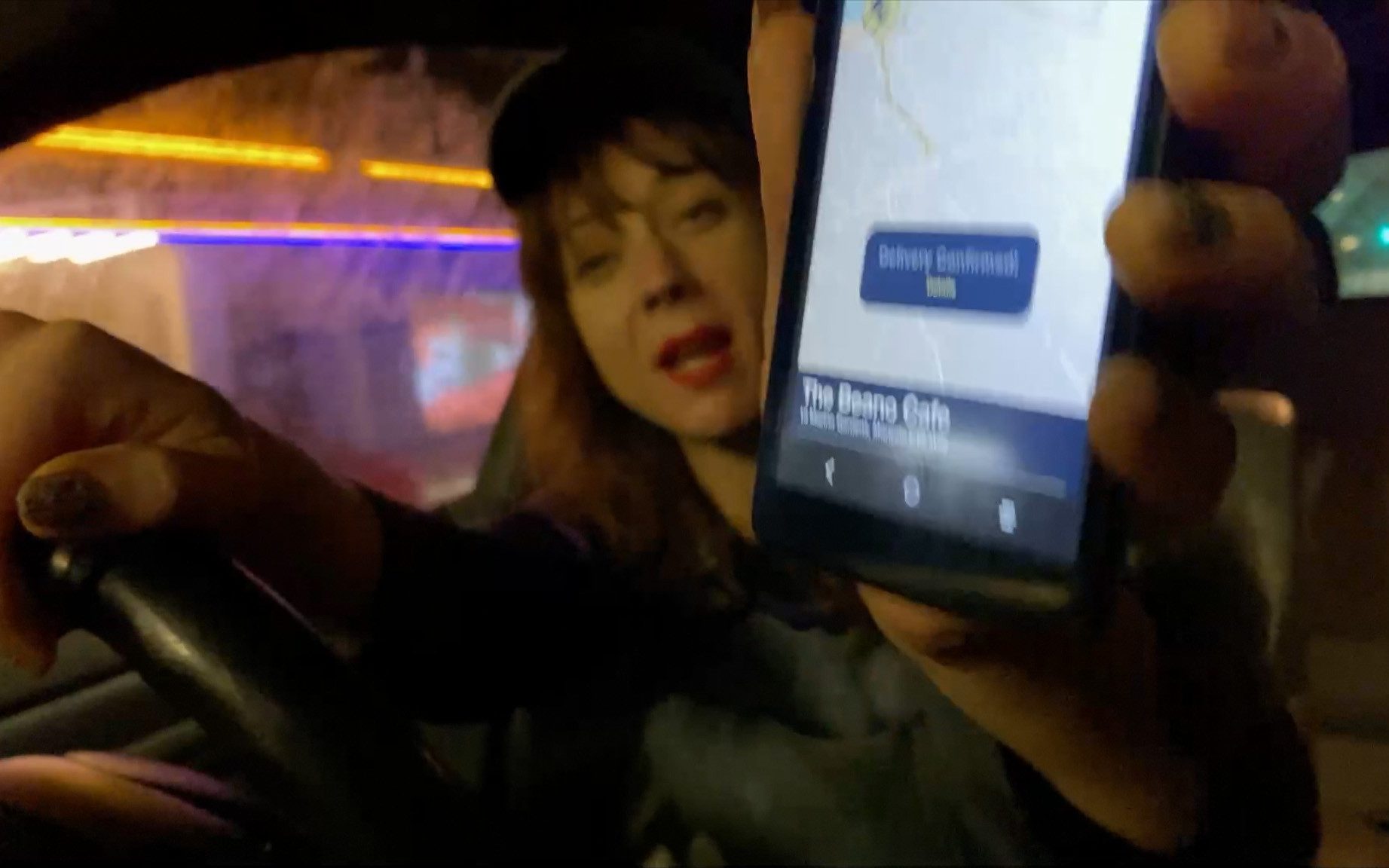 During the lockdown, British director Rob Savage provided the genius host, a laptop-based chiller who spent less than an hour discussing a zoom séance gone horribly wrong – or right if you sided with the evil spirits sensation. Produced for less than £80,000, it was a model exploitation film in this fashionable format, using every stutter in web video to heighten Covid-era fears.

Savage’s successor, Dashcam, is wilder and weirder, but far less successful. It was reportedly pulled from Vue theaters this week for “objectionable content”; The real reasons could lie in the lack of appeal to mainstream audiences. Shot with a combination of dashcam and iPhone footage, the film is determined to be offensive, but achieves only hectic tedium.

Annie Hardy, an “edgy” American performer whose punk ditties include a song called You F–K Like My Dad, plays Annie, an anti-vaccination nightmare who flew to the UK during the Covid times, and presents a live streaming radio channel while driving her car. One night, for amazing reasons, she agrees to bring an elderly black lady (Angela Enahoro) to medical attention. But there is something devilish about this mute woman that oozes blood under her mask; this later spits out in torrents, and a few times she levitates.

Annie is a deliberately annoying protagonist: her relentless streams of scat-obsessed verbal abuse suggest that Beavis and Butthead have rolled into an utterly unimportant female form. But while Hardy has amazing confidence as a screen actress and is often funny, it’s difficult to pull off Horrorland when the seeming victim just wraps everything you can throw at her in a full-length stand-up routine.

A lack of rhyme or sanity is part of the film’s punk rock attitude — it wants to strap us in for a chaotic ride that’s both engaging and disorienting. But Savage cheats with his chosen format. The moment something obviously supernatural happens, the live feed of Annie’s show is paused, banning the trolls making moronic, wild, non-PC comments in an on-screen chat window. We’re the only ones getting the full experience, but the pretense that we’re actually watching Annie’s live-streamed ordeal has been broken with no regrets. Dashcam was produced by Jason Blum – a member of the Paranormal Activity, Insidious and Purge franchises – and most of his hefty budget was clearly spent on elaborate practical effects, such as the moment a stolen car crashes into a river, and Annie, to whose head the iPhone is now attached, almost drowns.

The dash cam’s moment-to-moment incoherence makes it insanely difficult to figure out what’s happening — the “WTF?”s that appear in the chat box might as well be our own. There’s a certain insane energy in it; The funniest part is an extended credits where Hardy raps through the entire cast and crew, rhyming everyone’s last names to whatever silly shit she can think of. But long before that ridiculous outro, we’d lost any ability to take Dashcam seriously or object to it more than any other horror flick that abuses an already tired formal gimmick. Such gimmicks have now reached a shrugging, not even ironic, low point, with a film like this having the sloppiness of doing what it wants.