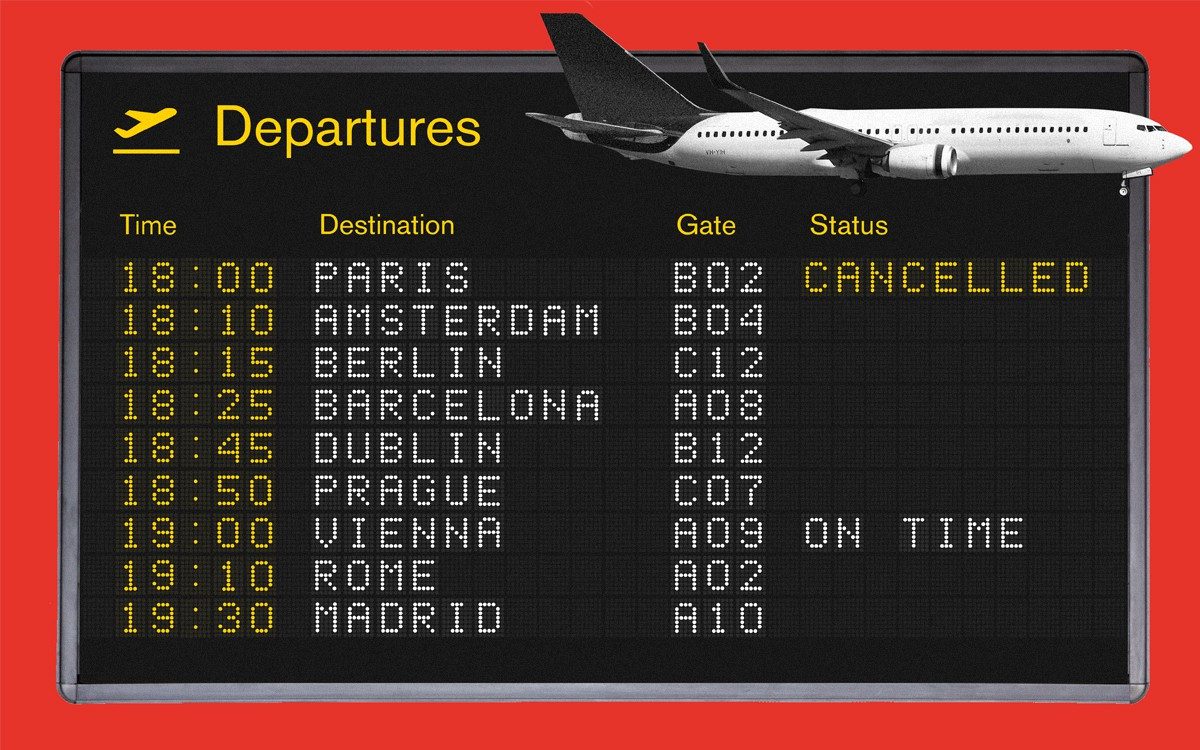 It’s the stuff of vacation nightmares. You arrive at the airport, crane your neck to check the departure board and see the dreaded word in red letters: cancelled.

This might be a familiar scenario if you’ve recently flown from the UK. Over the past month, the UK has faced significant flight disruptions, with thousands of cancellations and lengthy delays ruining British families’ holiday plans. This is mainly due to the lack of staff after the pandemic.

But it turns out there are patterns in flight cancellations. Know them and you will be able to play the system to reduce your chances of disappointment.

We collected flight data between May 7th and June 6th this year, supplied by FlightRadar24 and OAG. During that period, 2,136 UK departures and arrivals were canceled (ie flights canceled with a week’s notice or less) and while some airports and airlines struggled, others remained almost entirely unscathed. There are also observable patterns in the times of day and days of the week when cancellations are most likely.

The best (and worst) airlines

The worst major airline for canceled flights from the UK over the past month was KLM. The Dutch airline had canceled 87 departures from the UK: one in 20 flights. A spokesman for KLM attributed the disruption to ongoing problems at Schiphol and “high absenteeism due to illness”. Flybe was second worst with 26 canceled departures (one of 25), followed by easyJet with 636 cancellations (one of 26).

By far the best-performing major airline was Ryanair, with just three canceled UK departures (one out of 4,366). Jet2.com also avoided the chaos with just five cancellations (one in 1,037).

What the data also shows us is that flight chaos is not exclusively a problem for UK airlines. Lufthansa (Germany), SAS (Scandinavia), Wizz (Hungary) and United (USA) are among the airlines with more cancellations from UK airports than British Airways, Virgin and Jet2.com.

https://www.telegraph.co.uk/travel/advice/avoid-sundays-fly-11am-secrets-booking-perfect-flight-ticket/ Avoid Sundays, fly at 11am – the secrets to booking the perfect flight ticket

How Anna Jarvis’ campaign led to the official celebration of mums

An expert guide to Los Angeles