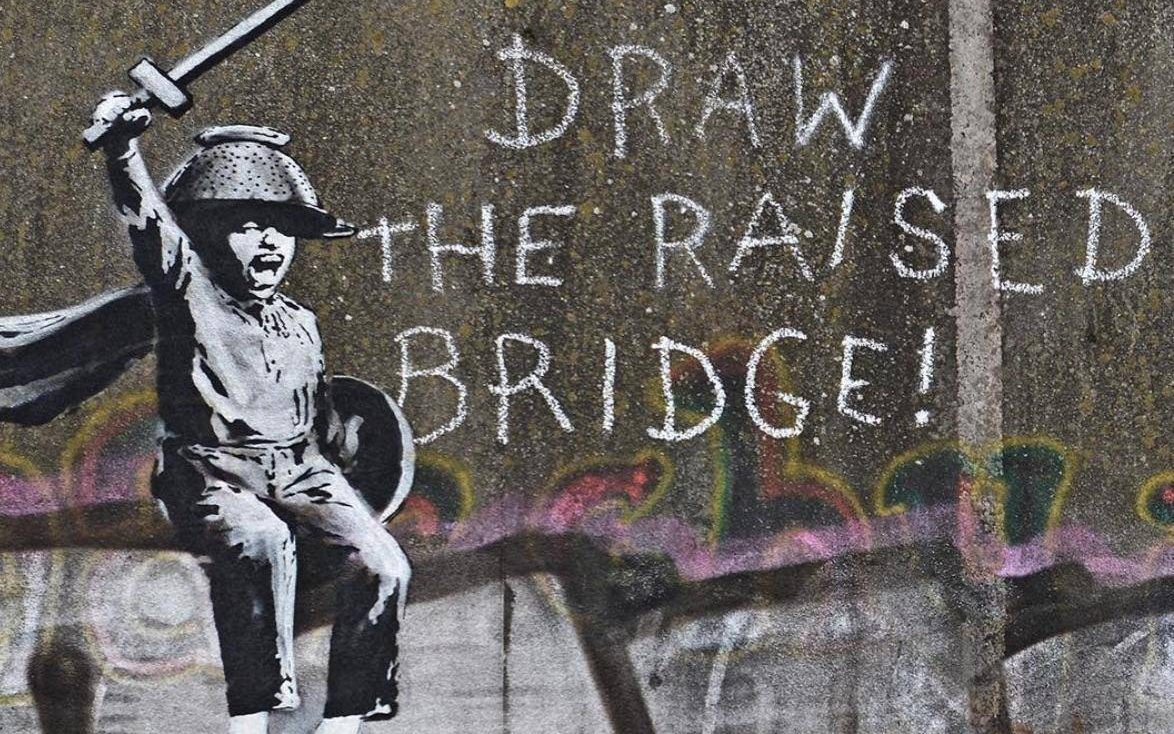 A new mural by enigmatic graffiti artist Banksy has surfaced on a bridge in Hull.

The stenciled design – which shows a child wielding a wooden sword with a pencil attached to the end, beneath the text “Draw the elevated bridge!” – was spotted by passers-by on Thursday.

Images of the mural were shared on Banksy’s official Instagram account on Friday, confirming he was responsible.

The artwork, located on Scott Street in the Wincolmlee neighborhood, has sparked debate on Twitter, with many users speculating it could be related to Brexit.

A number of people also suggested that Hull’s recent run as Britain’s Capital of Culture may have inspired Banksy.

Last May Banksy unveiled a mural in Dover depicting a worker removing a star from the EU flag.

You can see more images of the new mural here.

electric SUV to be unveiled in Los Angeles