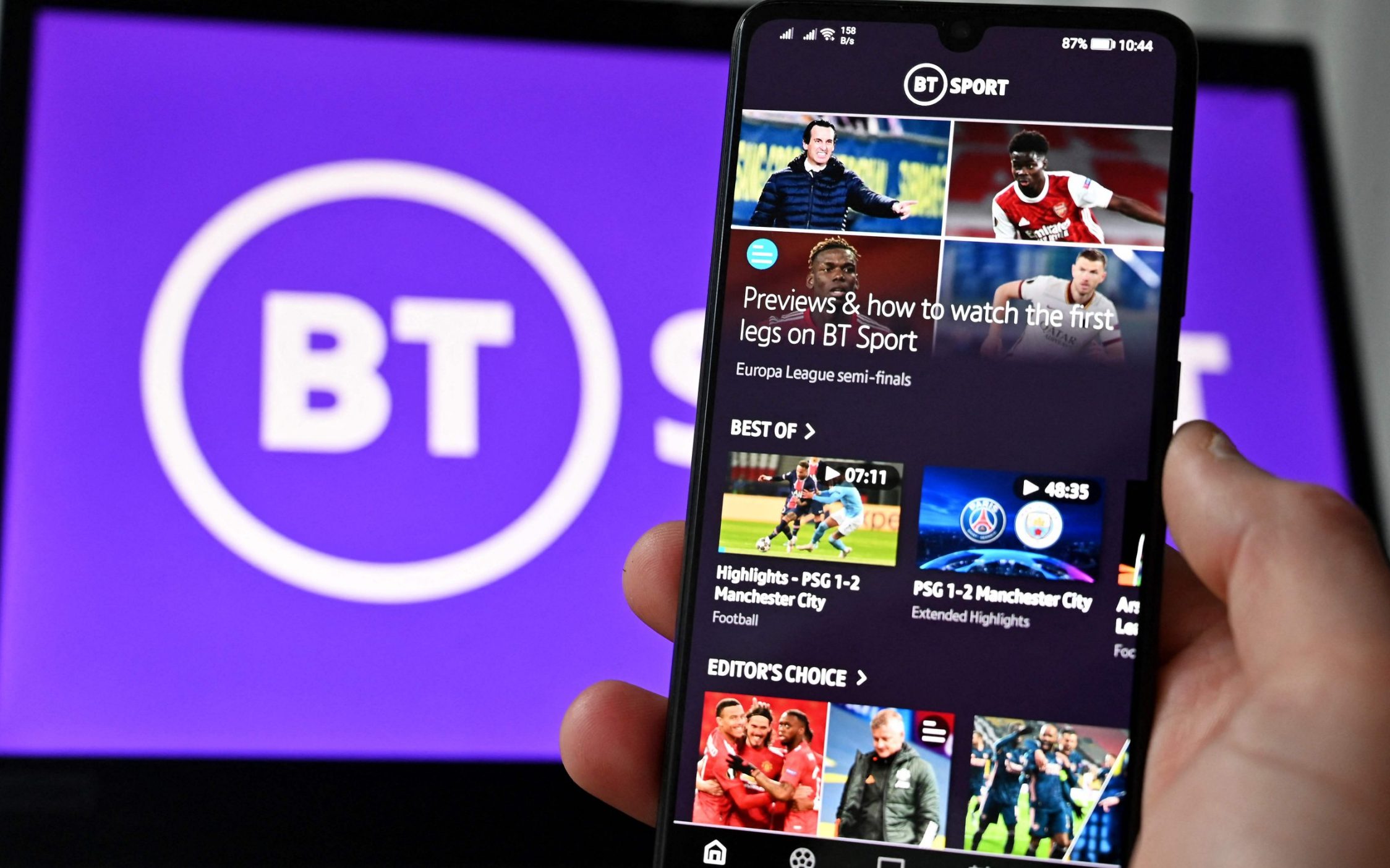 The BBC’s coverage of the Olympics faces its most serious threat as BT Sport’s customers are automatically given extensive coverage in the £540million sale of the telecoms company to Warner Bros Discovery.

A year after Telegraph Sport announced that BT was looking to divest its sports broadcasting arm, a deal has now been sealed for the British broadcaster to merge with Eurosport under one brand.

Marc Allera, chief executive of BT’s consumer division, downplayed fears of upcoming price increases for existing customers when he was first faced with questions during the deal’s launch.

One element of the deal that will worry BBC bosses the most is that BT Sport will get instant access to Discovery+, which is now the only broadcaster with the right to broadcast every Olympic medal event live.

The BBC controversially lost automatic hosting rights in 2015 after the International Olympic Committee allowed American giant Discovery to make a £920m bid that blew rivals out of the water. As part of the government’s ‘Crown Jewel’ broadcasting arrangements, some coverage of the Olympic Games will be guaranteed free-to-air. However, the BBC led to complaints from viewers about missing key moments in Tokyo as it was only able to secure two live events simultaneously under a sub-licensing agreement.

BT’s Allera said the new deal will bring huge benefits for BT subscribers. “The product for BT Sport customers will improve and they will get more content on both the sports side and the entertainment side with Discovery+ compared to what they get today,” he said. Current subscribers get “more for the same price than today, but prices change over time in each market”.

In February, BT announced it was in exclusive negotiations with Discovery after completing a lengthy review of its operations by BT Sport. It will now form a 50:50 joint venture that will bring together BT Sport and Eurosport and eventually merge into one brand. The new statements suggest that BT’s Champions League and Premier League coverage will remain the same logos, commentators and presenting teams in the short term. Significant changes are inevitable in the long term.

JB Perrette, chief executive and streaming president at Warner Bros Discovery, announced the deal the same week Uefa agreed on Champions League reforms that will result in more games being available to broadcasters.

Football will remain an important part of BT’s offering, but he downplayed the prospect of further increases in Premier League and Champions League rights prices. “I think the problem isn’t that deal, honestly, as it’s about the pricing,” he said. “I think it relates more to the pay-tv ecosystem that has supported the pricing of sport, not just in the UK but around the world and the future of the pay-tv ecosystem and what it can sustain, is for many a fundamental and genuine issue of rights holders. The heyday of the last couple of decades, when it only went up and down in terms of subscriber growth and price growth, is definitely not what it used to be. So there has to be some kind of rationalization.

BT said the two brands would initially remain separate but ultimately “merge under a single brand in the future”. The London-listed company said it will receive £93m from Warner Bros Discovery immediately and up to £540m if future conditions are met.

The Premier League has also been consulted on the sale since February. Dazn, the streaming challenger funded by billionaire Sir Leonard Blavatnik, was originally frontrunners in securing a deal, but Discovery crashed an agreement.

BT Sport’s deal with the world’s most lucrative domestic league expires in 2025, meaning the 20 clubs would theoretically be entitled to shy away from a takeover. However, approval is all but certain for the two potential suitors. BT will also need the green light from Uefa for having rights to the Champions League and Europa League.

BT Sport paid £385m for the live rights to 52 Premier League games per season from 2019 to 2022. The deal has been extended for a further three years as part of an agreement with the Government to minimize the financial impact of Covid.

Confirmation of a deal came as BT told shareholders it had met expectations with profit up 2% to £7.6bn for the year to March as cost savings offset lower earnings.

Cost cutting has helped the company absorb some inflationary pressures, it added. Revenue for the year fell 2 per cent to £20.8 billion on lower sales across its enterprise and global businesses, although the company benefited from a strong performance from its Openreach network business.

Q&A: What the upcoming merger means for viewers

Will prices go up for current BT customers?

Not at first, but they will increase in the long term. “It doesn’t sound like consumer prices will rise as a direct result of this deal, at least not initially,” said Julian Aquilina, senior research analyst at Enders Analysis. “BT has said that customers who purchase BT Sport directly from BT will receive Discovery+ as part of their existing subscriptions.”

Marc Allera, chief executive of BT’s consumer division, had sought to downplay fears of a price hike when questioned – but he declined to make firm long-term commitments. “The product for BT Sport customers will improve and they will get more content compared to what they get today, both on the sports side and on the entertainment side with Discovery+,” he said. “Then pricing is based on how the customer’s contract is built, whether it’s a standalone service like a monthly pass or a bundled service from us or a bundled service from someone else. It depends is the answer. But the approach is certainly if you are a customer today and we could run this today you will get more for the same price than today but prices change over time in each market.

With an American broadcasting giant taking control, will BT remain a bitter rival to Sky?

Yes, although the days of BT regularly attempting to blow Sky out of the water with huge bids are long gone. There is now much more communication between broadcasters and the two worked closely together to sign the rollover agreement which saw the Premier League’s three-year cycle continue at the same pace as the previous deal.

JB Perrette, a CEO and president of global streaming Warner Bros., suggested it was wrong to say his company plans to launch “some kind of attack on Sky”.

“The reality is we have a longstanding and great relationship with Sky,” he said. “The market is doing very well to have two great sports services. We like this dynamic. I don’t think it’s necessary to have monopolies, which obviously isn’t allowed in many places. So I think there’s a very healthy ecosystem that’s enabling a great and robust offering for two great sports services, and there can be others emerging in certain areas that are evolving.”

When asked which sport the new combined channel would prioritize in future applications, Allera said: “The highest ratings are undoubtedly in football. But it’s important to have a balanced portfolio of great rights, and the Olympics is just one of several products we can offer our clients that they didn’t have access to before. It’s a great example of why this is a really good thing for customers.”

How will the deal affect long-term rights values ​​for the Champions League and Premier League?

The Premier League and Champions League remain by far the most valuable commodities for sports rights, but at least in the domestic market the market has flattened out. Warner Bros and market analysts see no reason for a trend reversal. “Of course, the combined company will remain a major rival to Sky, but they are also important partners for each other and that will also be ensured,” says Aquilina von Enders. In February, BT announced it was extending its cross-wholesale TV content deal with Sky “in principle” beyond 2030, at a cost that needs to be passed on to consumers,” Aquilina added.

Perrette agreed that price trends will not be impacted by the deal. The overall “future of the pay-TV ecosystem and what it can sustain is a fundamental and real question for many rightsholders,” he said, “because the heyday of the pay-TV ecosystem over the past few decades in terms of subscriber growth and price growth is simply upwards and being right-wing is definitely not what it used to be”.

“There’s going to have to be some sort of rationalization as this market and this platform evolves and inevitably moves toward a direct-to-consumer future that certainly doesn’t have the current economics that the traditional pay-TV ecosystem has had,” he said. “So I think there just needs to be some rationalization, not just in economic terms, but also in terms of how you as a rights holder go to market.”

https://www.telegraph.co.uk/sport/2022/05/12/bt-sport-eurosport-merge-single-brand-deal-worth-540m-warner/ BBC’s Olympics coverage under threat following merger between BT Sport and Eurosport worth up to £540m

5 players who can replace Neymar at PSG

Four Canadians selected in NBA Draft, including two in top 10