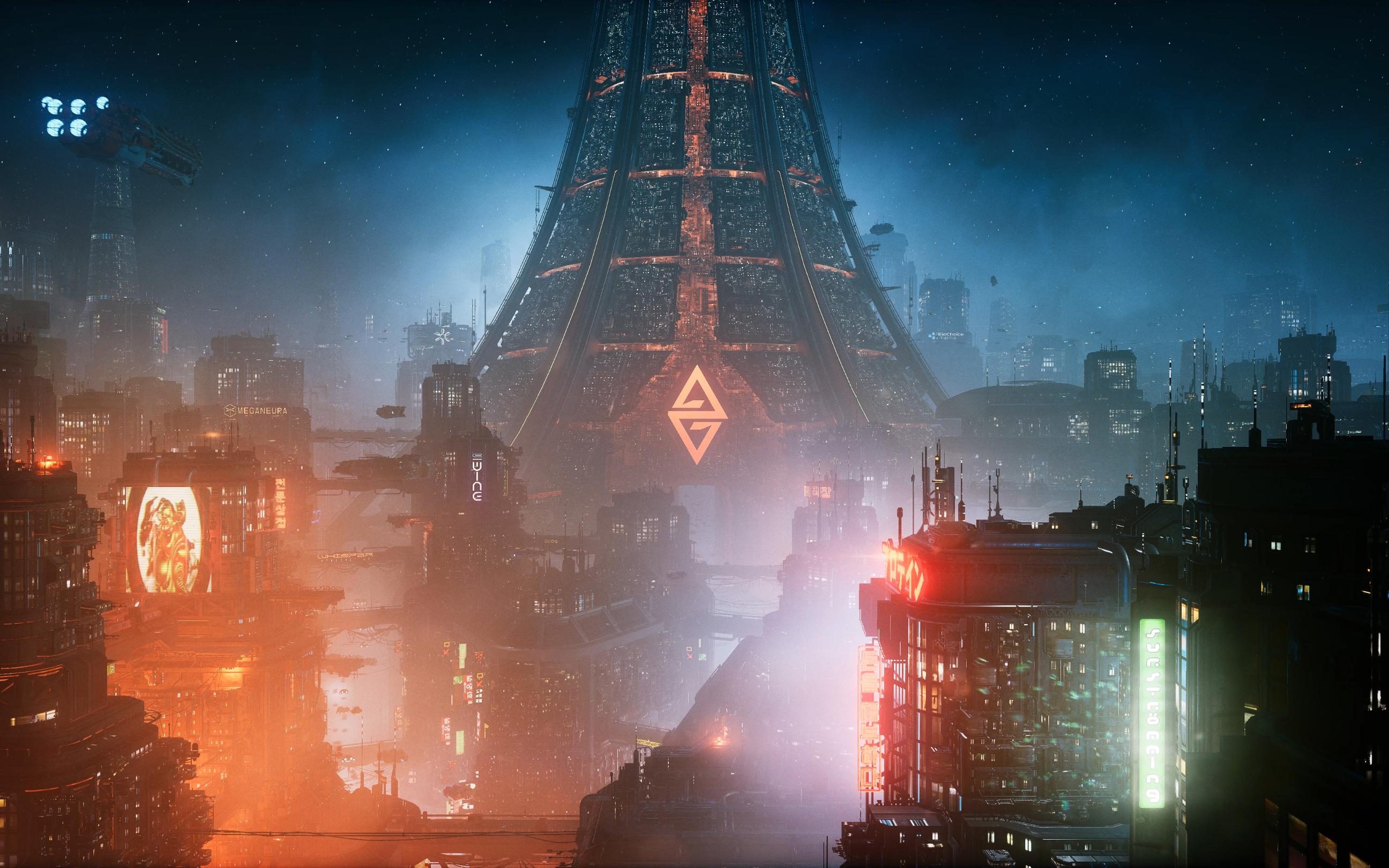 However, The Ascent’s strategic levels open up more in multiplayer. The entire campaign supports drop-in co-op with up to four players (including two side by side on the same machine), with ranged weapon specialization or support abilities becoming viable options.

Having company also livens up some of the footwork. The open world of The Ascent isn’t the largest, but it can certainly feel like it as you repeatedly go from one objective to the next – especially given the frequency of random enemy encounters along the way. Fast travel options exist, but only within their own arcology tier – and even then, they rarely leave you where you need to be.

It’s almost as if Neon Giant focused so much on creating their beautiful world and visceral combat systems that they ran out of time to bring other elements of the game to a similar standard. The UI is unwieldy and clumsy, and the lack of party management options seems like an odd oversight for a multiplayer title.

Or maybe given the way the game runs out of breath at the finish line and you end up with little to do with cleaning up collectibles, they’re more of a reminder that The Ascent’s “AAA” aesthetic was actually coming along achieved a single “A” budget.

Still, this is pretty much the perfect Xbox Game Pass title. Get a few friends to download it too and you’ve got a blast co-op shooter without any financial risk. Solo players might find it a bit more difficult, but for genre fans, The Ascent is eye-trigger-finger salve that’ll scratch your cyberpunk itch until you know the ingredients.

The Ascent is now available for PC (tested version), Xbox One Series X | available S and Xbox One via Xbox Game Pass.