The Department of Defense published the recommendation in its National Defense Strategy on October 27. The department claims SLCM-N is unnecessary because the US already has the “means to prevent limited nuclear use.”

The Biden administration produced three documents: the National Defense Strategy, the Nuclear Posture Review, and the Missile Defense Review, all of which outline the military’s vision for the years to come and affirm that the Pentagon will have a capable nuclear arsenal.

The cancellation of the naval missile program comes at an opportune time as the US Navy had requested cuts to SCLM-N funding for the 2023 budget. A member of the Department of Defense announced that even with full funding, the missiles would not be ready until 2035.

Secretary of Defense Lloyd Austin told reporters that without the SLCM-N program, the US nuclear inventory is in good shape. Moreover, he believes this does not weaken America’s position in the face of Russian President Vladimir Putin’s threats to use nuclear weapons.

“I don’t think this sends a message to Putin. He understands what our abilities are,” Austin said. The Trump administration’s original plan for the program called for nuclear-armed sea missiles to prevent Russia from making any threats.

General Mark Milley told the House Armed Services Committee in April that his position had not wavered in favor of SLCM-N and that more than a deterrent was needed. “My general view is that this president, or any other president, deserves to have multiple options for dealing with national security situations,” he said.

During his Senate confirmation hearing in 2019, Milley supported the Trump administration’s nuclear strategy, saying sea-launched missiles are “necessary to enable our flexible and tailored deterrence strategy as we modernize aging nuclear forces.”

Congressional Democrats have urged the Biden administration to reduce the US nuclear arsenal without making cuts to the nuclear triad of ICBMs, submarine-launched weapons and aircraft bombers.

Should the SLCM-N program be discontinued?

The submarine-launched W76-2 low-yield ballistic missile is a Trump administration program that is still available, similar to what Russia is threatening Ukraine with. The Democratic Party’s 2020 platform called the W76-2 “unnecessary, wasteful and unjustifiable.”

Jonathan Wolfsthal, National Security Assistant to President Barack Obama and expert on nuclear non-proliferation, tweeted“The world is a dangerous place and our allies and we still rely on nuclear deterrence, but this document ignores the role the US can play in making nuclear weapons less viable and less likely.”

Marshall Billingslea, the president’s special envoy on arms control under Trump, argued that Biden’s nuclear plan was not in the best interest of the US [the] Obama administration, and an equally bad idea with President Biden’s efforts to destroy his spare capacity,” he said. Billingslea explained that SLCM-N is easier for military leaders to use and offers a fast response time, which draws attention from Russia and China.

Rebecca Heinrichs, a member of the advisory board of the Vandenberg Coalition and a senior fellow at the Hudson Institute with expertise in US national defense policy, agreed with Bilingslea’s criticism. “The fact that Biden is still against it [SLCM-N] As Russia threatens the very thing the last government and military warned against, and after its own military advisers told it to keep it, its ideological inflexibility is showing to be just as strong. Fortunately, there is bipartisan opposition to Biden’s cut,” she said.

Op-Ed: Here’s what could prompt Putin to launch a nuclear strike

The Defense Department repeated renewed threats from China and Russia in the Missile Defense Review, which confirms the modernization of their weapons to compete with the US

Russia is escalating its war of aggression in Ukraine, China is continuing its incursions into Taiwan, and North Korea is spreading its nuclear ambitions. Meanwhile, Biden continues his lousy national security track record, putting the US at a disadvantage.

Biden, at odds with senior Defense Department officials, is reducing our missile defenses when we need to increase our nuclear deterrent and spend more on defense. 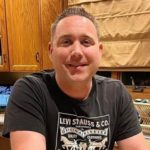 Even people born here struggle with the accent

Cody Johnson Heading to Cajundome in 2023

Singapore to execute another Malaysian drug trafficker next week