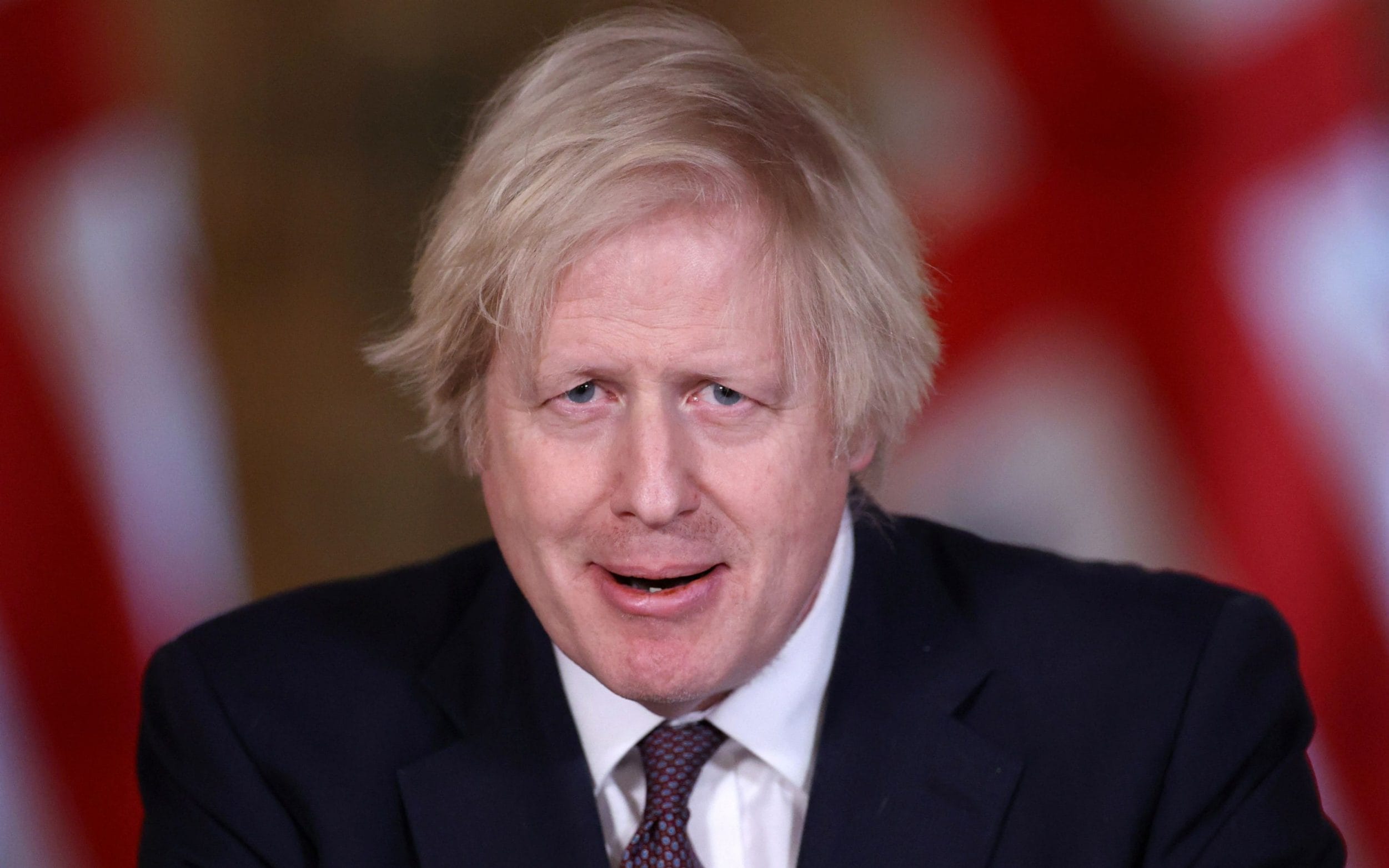 After investing £1.5million in 22 local areas, the Government has pledged a further £10million to help schools open sports facilities outside of school hours, starting with the Easter holidays. Discussions are also taking place about formulating a health and well-being measure for schools, which Ofsted could assess.

Our Keep Kids Active campaign had called for school sports facilities to be open to communities in the evenings, weekends and holidays, and a strategy that puts the benefits of sport on par with core subjects.

Johnson’s comments follow new research showing more than two-thirds of parents believe their children’s physical activity has declined during lockdown. Only 21 percent of parents said their children were active for at least the recommended average of 60 minutes each day.

The survey, conducted by YouGov on behalf of the Youth Sports Trust, also shows the importance of school sports for parents. More than 80 percent wanted schools to offer at least 30 minutes of activity each day, while 78 percent would like to see at least two hours of sport each week. This is the current national guideline, but it is not compulsory and in practice children often receive less.

Culture Secretary Oliver Dowden said there had been a “tangible shift in attitude” over the past year and would like a national focus on physical activity and mental health. “What better legacy could we ever create out of a global health crisis than a fitter, healthier Britain,” he said.

Demand that sport and physical activity become a cabinet post

The Government has been urged to make sport and physical activity a key part of the Cabinet as part of a national plan to make Britain the world’s healthiest nation.

A parliamentary inquiry led by leader Lord Willis and also involving Baroness Brady and Baroness Grey-Thompson has been gathering expert evidence ahead of Monday’s return from grassroots sport’s lockdown.

Her work included a detailed examination of the New Zealand example, where Deputy Prime Minister Grant Robertson is also Minister for Sport and Recreation, and a national strategy linking the well-being benefits of sport and physical activity with health and education policies.

Formal recommendations will be made in a later report from the committee, but Lord Willis says the Government must now seize the post-Covid opportunity to “rewrite the book” on the nation’s approach to recreational sport.

The broader backdrop is the apparent correlation between countries like the UK, which have among the highest obesity rates in the world and also particularly high death rates during the Covid-19 pandemic.

“If this isn’t a central pillar of government policy, which is likely to be run by the Cabinet Office and coordinating all the different departments with a single goal – to make this the healthiest, fittest and sanest nation in the world – then we’ve missed a trick,” Lord Willis told Telegraph Sport.

“We know that active children are more likely to be healthy, more mentally alert, and more likely to have good social skills. This is good for everything from our healthcare system to our economy. If you look at it that way, you suddenly see children’s sports and exercise in a completely different light.

“We are one of the most obese nations on earth and as we know with Covid, obesity comes with a great cost. If the government said, “We’re going to turn this on its head, we’re going to strive to become the fittest, most active nation in the world,” would not only be a vote win, it would be a huge win. Why don’t you want that?”

Asked if that would mean making it a Cabinet position, Lord Willis said: “I definitely think it should be. I am attracted to the New Zealand model with a central plan for sport, recreation and an active lifestyle. You cannot have a health and education policy unless it goes back to an active life. The idea of ​​at least coordinating things at cabinet level seems obvious to me.

“What gets youngsters out on the track more than anything else is getting them physically and mentally fit. Youngsters will have suffered more than we imagine – we need to get them out and get active again.”

Lord Willis’ comments follow a revelation in the latest diaries of Alastair Campbell, the former Labor government spokesman, who says David Cameron has rejected a proposal to make sport and Olympic heritage a cabinet position. Campbell says Cabinet Secretary Sir Jeremy Heywood urged the then Prime Minister to use the legacy of the Olympics for a “broad change in the way we look at sport and to use it in a whole range of government jobs” including health and Training. Campbell believes it was “a huge missed opportunity” and the Olympic mantra of “inspire a generation” became a broken promise.

Lord Willis agreed that “virtually nothing had happened” on the back of the £9million spent on the Olympics and aim to become the world’s most active nation. Utilizing facilities in schools and universities, Lord Willis said, is critical to delivering the strategy.

“Approximately half of all grass pitches and three-quarters of all sports halls in England are on school grounds,” said Willis. “It’s stunning. And yet one of the biggest complaints we have is access to these facilities, which are largely paid for with public funds.”

The return of children’s sport also coincided with new research commissioned by the Youth Sports Trust showing that the number one priority for parents right now is their children’s physical and mental well-being, rather than academic achievement.

It also shows that many parents are unaware of Chief Medical Officer Chris Whitty’s recommendation that children should be active for at least an hour a day, on average.

“I would like that [parliamentary] Research to lead to a recommendation that the government put in place a long-term interdepartmental strategy to make our children the happiest and healthiest in the world,” said Ali Oliver, chief executive of the Youth Sports Trust. “I think that would entail a bold and bold pursuit of well-being and a certain level of well-being.

“Physical education is unfortunately in decline at a time when we probably all believe that its contribution to the problems young people face from a well-being perspective could be huge.

“Right now it feels like we’re on the verge of a brilliant moment for physical education where it could be repositioned to promote well-being, personal development, character and all the things that we as a nation are known for this generation need.”