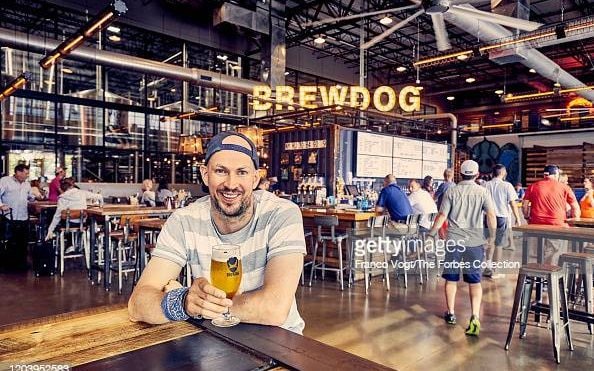 BrewDog has spent £9million to solve its culture problem and ease pressure on staff after claims workers were “burned out, scared and unhappy”.

The Scottish brewery said it made a “significant investment” in staff during the year, increasing its workforce from 1,507 to 2,346.

It said it spent £9million on people over the year, including on a “major culture review” and improving pay and benefits for staff.

BrewDog said its plans are aimed at accelerating growth but are designed to “relieve resource constraints in certain parts of the business.”

It comes nearly a year after the company became embroiled in a controversy over its culture in which a group of former workers called Punks with Purpose wrote an open letter accusing CEO James Watt of creating a “toxic” environment.

Mr Watt apologized after the allegations and BrewDog launched an investigation into the claims.

It had later said it would beef up its human resources, although the review found there was a “clear perception gap” between those who had formerly worked for BrewDog and current employees.

Mr Watt told the Telegraph there was a mismatch between workers’ expectations and their culture. In an interview last year, he said: “Look, we should have presented the high-performance culture more clearly.

“The problem we had is that a lot of people joined and they wanted the excitement and momentum, the opportunities that a high growth company brings, but at the same time they wanted the stable state, perks and benefits that come with it this results in a mature company, you don’t get both.

“The mismatch between expectations led to the challenges we faced with former employees.”

Details of his investment come just weeks after Mr Watt outlined plans to hand over his shares, worth just under £100million, to employees in a bid to shake off the controversy.

Mr Watt said the move, which is being taken alongside a new scheme giving bar staff a share of the profits from their jobs, would “ensure we’re all there together as we try to tell the next chapter in the BrewDog story.” to write”.

BrewDog outlined its spending on people when it reported results for 2021, in which it said revenue for the year grew by more than a fifth to £286m. It sold 23 per cent more beer by volume, with growth from the UK, Germany and Australia was born and more customers bought its beers in supermarkets.

BrewDog said its bars division has since returned to profitability after Covid restrictions were lifted earlier this year. It also pointed to increased inflationary pressures, saying beer and CO2 are costing more to transport.

Join in with free online PE lessons: balance and stretch