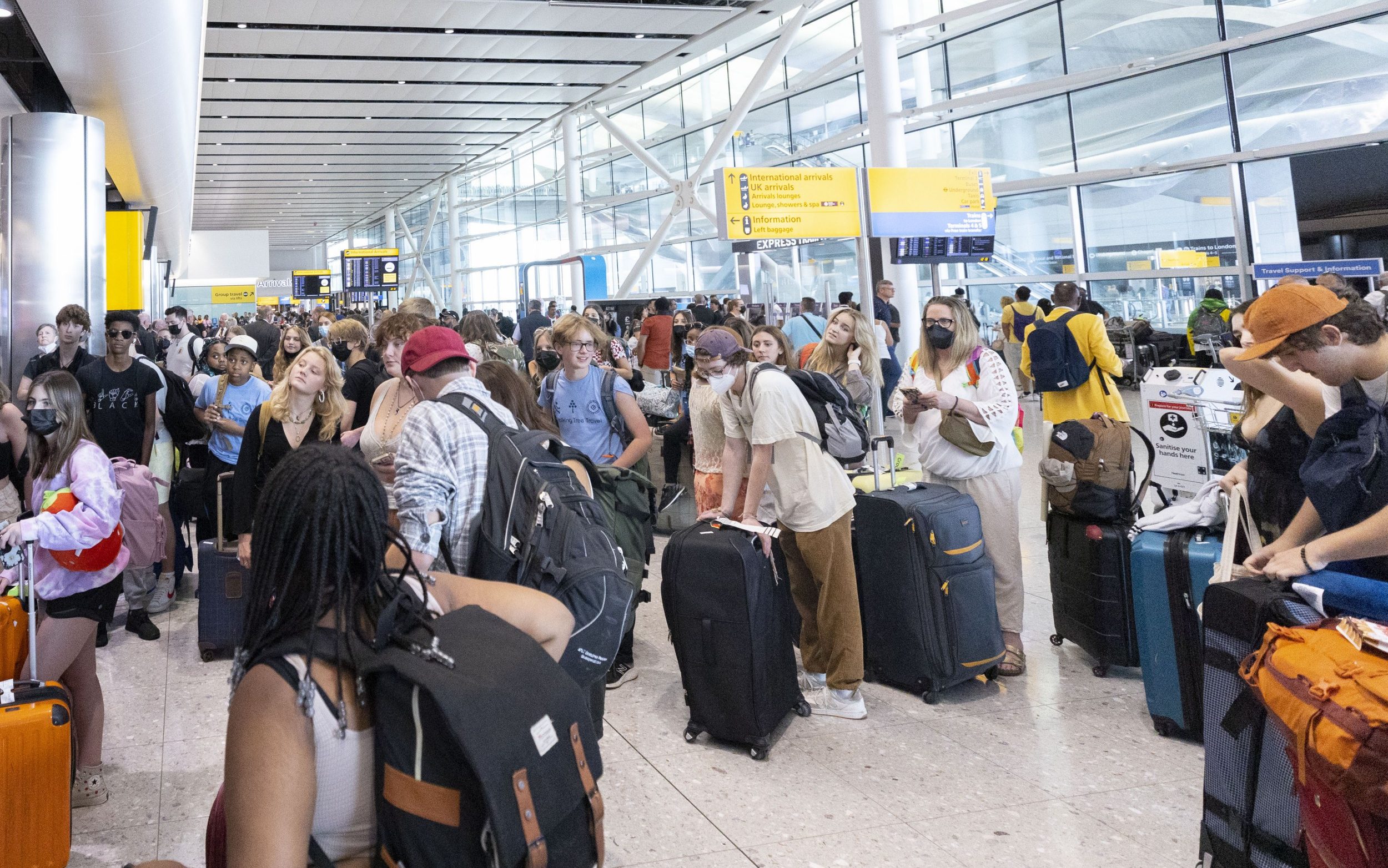 British Airways is poised to suspend sales of long-haul flights to destinations like New York as the airline struggles with disruptions at Heathrow.

The airline has already suspended ticket sales for short-haul flights from the country’s largest airport for at least a week in response to a cap on daily passenger numbers.

However, a spokesman confirmed that BA cannot rule out a disruption to long-haul services from Heathrow as long as the cap remains in place.

This could drive up prices and mean that travelers looking to book last-minute trips to destinations further afield, such as New York, Singapore or Dubai, may not be able to find a seat.

And budget rival Ryanair hinted on Wednesday that it was well placed to capitalize on the turmoil.

Eddie Wilson, the chief executive officer of the airline’s main unit, claimed other airlines have been complacent about hiring enough staff for this summer.

“The time for hiring for this summer was last October,” he told Bloomberg. “It’s not like running a warehouse where you just get people, they have to be part of a training process.

“Our view was, which was confirmed, that when demand came back it would come back in one fell swoop and not come back on the drip.

“I think we were just better prepared and optimistic.

“But I’ll soften that with that, it was difficult even when we came back because we have to go into airports that don’t have resources.”

Heathrow announced last month that it would allow a maximum of 100,000 people per day until September 11th.

It followed a similar move by Gatwick to limit the number of flights it can operate this summer after chaotic scenes at Britain’s busiest airports, with large numbers of passengers facing hour-long queues, missing or delayed luggage and last-minute cancellations was.

Alex Macheras, an independent aviation analyst, said it was “realistic” to expect BA to now have to limit sales of long-haul flights as well amid ongoing disruptions.

He said: “With the current restrictions, caps and pressures airlines are facing, there is no way they can guarantee that not a single long-haul flight will be affected.

“The outstanding example would be the route to New York, but also other flights to North America and Southeast Asia.

“There are also routes, for example to Doha, where they can rebook passengers on flights with partner airlines like Qatar Airways.”

The BA spokesman said suspensions of ticket sales would be treated on a case-by-case basis, with no blanket restrictions being imposed.

For example, if ticket sales for a morning flight to New York have been suspended, travelers may still be able to book an afternoon flight.

BA’s move to stop selling all short-haul flights from Heathrow is unprecedented.

Duke praised for behaviour towards Charlotte

How Ukraine Is Winning the Propaganda War