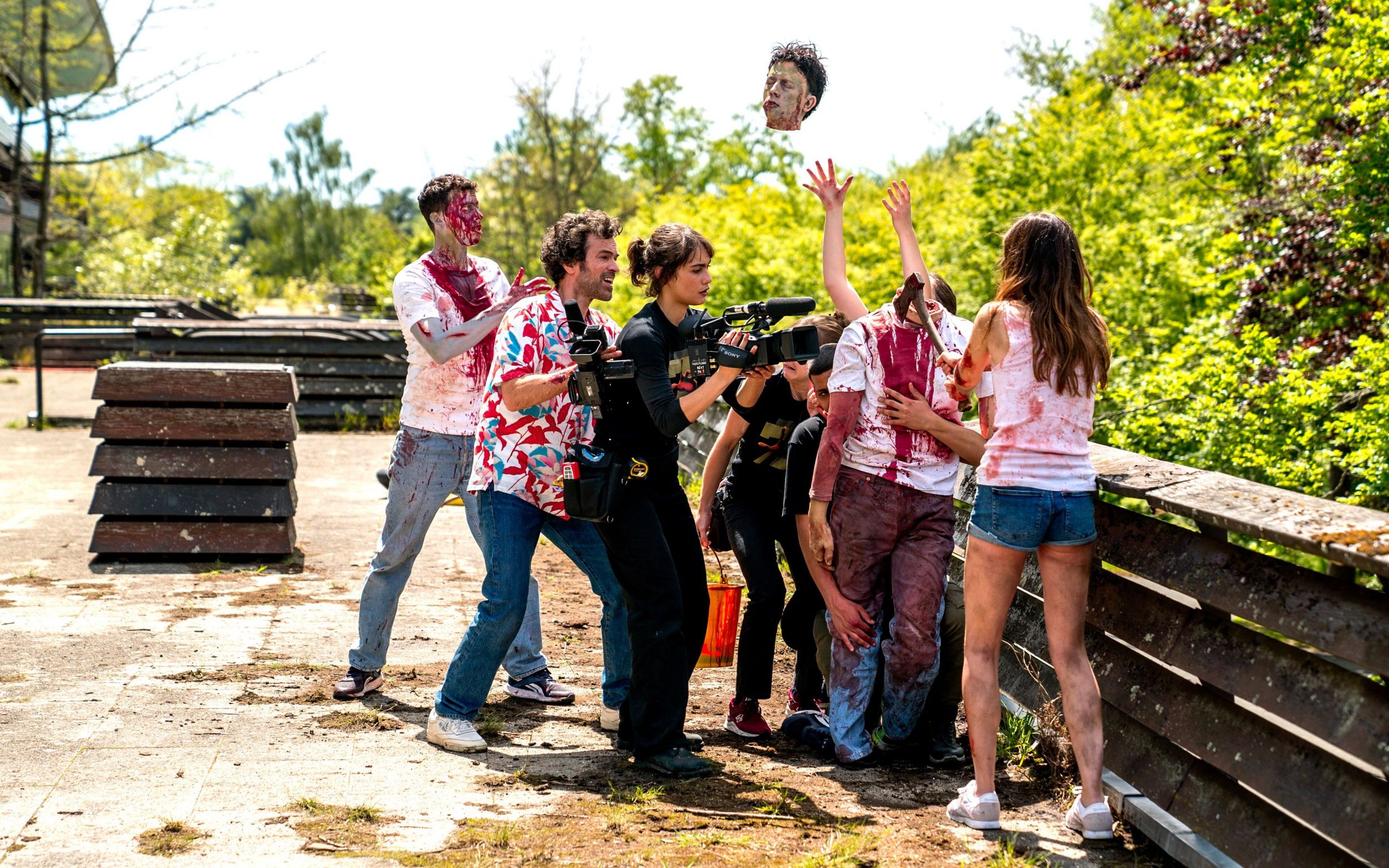 Is there a more perfect place on earth than Cannes to screen a zombie film? As anyone who has attempted to reach opening night via the famous Boulevard de la Croisette can tell you, aimlessly shuffling hordes are something of a festival specialty.

Cannes kicked off three years ago with Jim Jarmusch’s ghastly Trumpism satire The Dead Don’t Die. And for the 75th edition of the festival, the undead are back in the limelight thanks to Michel Hazanavicius’ entertaining remake of the cult Japanese comedy One Cut of the Dead. Shin’ichirō Ueda’s original — a low-budget gambling game that became an international word-of-mouth hit — is by no means an obvious candidate for a reinterpretation by the French director of The Artist and the OSS 117 spy spoofs. But Hazanavicius is using the sheer improbability of the project to his advantage.

It stars Romain Duris as Rémi, a filmmaker whose reputation for affordable propriety has earned him a steady stream of work on commercials, serial drama, and true-crime reconstructions. His producer Mounir (Lyès Salem) gives him another journeyman gig: a remake of a popular Japanese zombie film that was broadcast live on television in a single, uninterrupted take. Rémi’s French-language version – closely monitored by the original film’s lunatic producer (Yoshiko Takehara, who recounts her one-cut role in one of many self-reflective winks) – will repeat the same stunt as the nightly attraction of a new streaming platform.

Encompassing the first act of Final Cut, the finished product, dubbed “Z,” is a deeply odd and shaky affair filled with awkward pauses, odd digressions, and plot twists that seem to unfold on the spur of the moment. Strangest of all, the Japanese character names and plot details are improbably intact: a bland Instagram influencer (Matilda Lutz) plays a damsel in distress named Chinatsu, while Bérénice Bejo’s Krav Maga fan Nadia mutters somberly about the Shogun’s curse. Despite this, Z eventually stumbles to the end credits, whereupon time is rewound a month and the genesis of this idiosyncratic production begins.

Here Final Cut successfully repeats One Cut of the Dead’s irresistibly clever central trick: making that amateurish opening sequence look like a miracle in hindsight. Like the original, it’s a film about the beauty of blood, sweat and tears working together, and an encouraging paean to the value that even slightly seedy art can have for its creators.

https://www.telegraph.co.uk/films/0/final-cut-review-cannes-gets-head-start-thanks-engaging-zom/ Cannes gets off to a head start thanks to this engaging zom-com

how to survive a sexless marriage

Cherry Magic! movie review: Japanese boys’ love drama forgets the humour of its TV original, and is an ordeal to watch