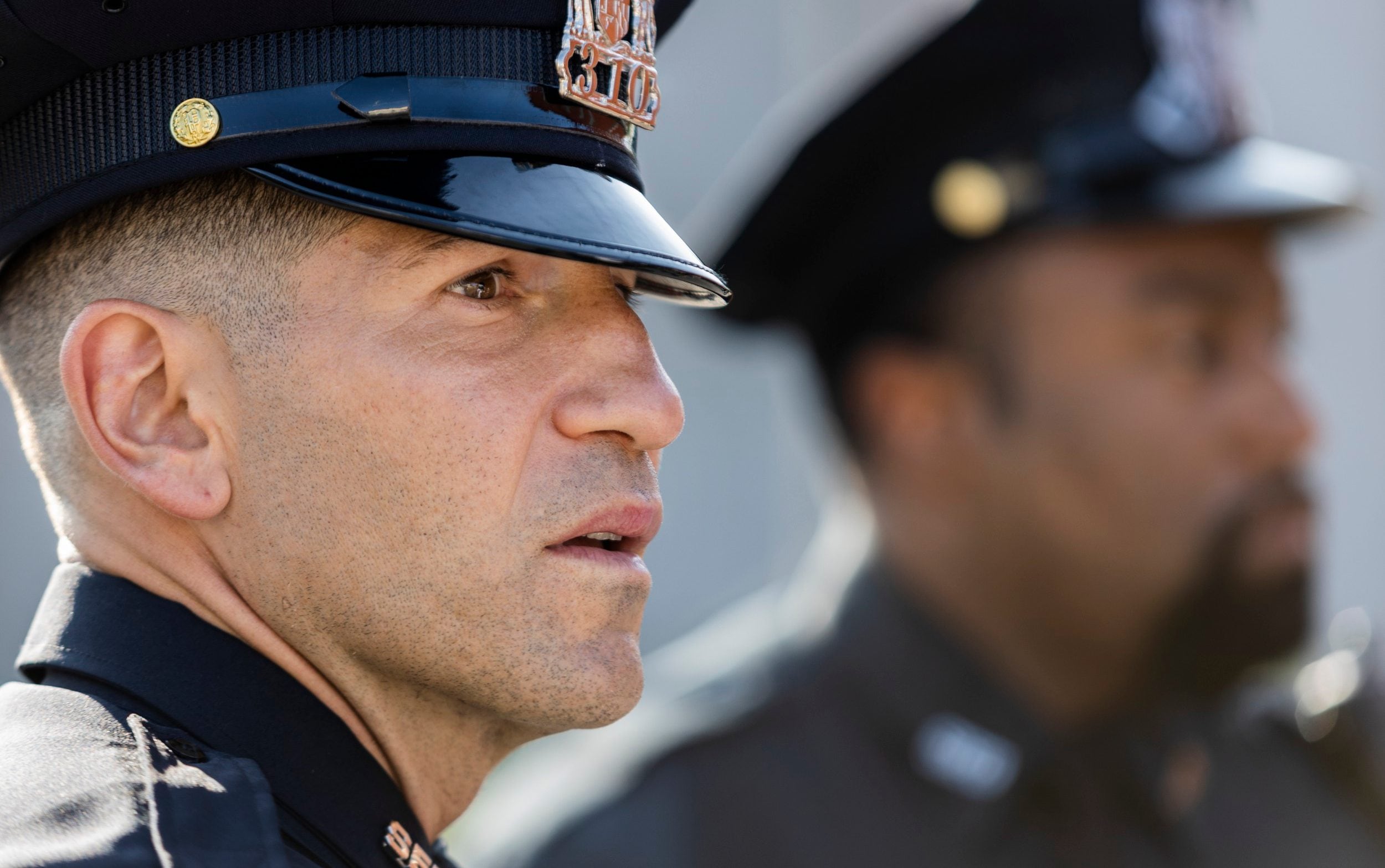 It helps to know that We own this city (Sky Atlantic) is based on a true story. Baltimore’s Gun Trace Task Force was a police force mired in corruption. Their officers considered themselves untouchable. Journalist Justin Fenton chronicled their rise and fall in the book this series is based on; Our review said it made The Wire “look tame by comparison”.

We are in the same territory covered by The Wire and We Own This City is by screenwriter David Simon (so is The Wire and here again in collaboration with George Pelecanos). Consider it a companion piece, although it bears more resemblance to The Shield.

In the opening episode, a uniformed officer slaps a bottle out of an old man’s hand. It’s a blunt way of showing that the cops are the bad guys here. The first episode centers on an attention-grabbing performance by Jon Bernthal as Wayne Jenkins, all a proud machismo. The task force gets results – guns off the streets and out of the hands of drug dealers – and Jenkins cultivates a rock star aura.

“I was born to do this shit,” he boasts. So the subject matter is dramatically appealing, but the confines of a six-episode series doesn’t do the show any favors. The Wire has often been called Dickensian in detail and scope, while We Own This City focuses on a story and boils down the characters to their essence. Perhaps Simon and Pelecanos feel the need to complicate this straightforward task and play with the timelines, switching between years in a way that feels unnecessarily confusing.

These are minor complaints. The show is the most successful in explaining why this unit was allowed to get away with it for so long. A prosecutor questions why sadistic officer Daniel Hersl (Josh Charles) is still on the job despite a record of violent crimes against suspects. “Hersl and guys like him – they get out of their cars and make arrests,” is the answer. In a city once described as “a poster child for the fundamental failure to stop lawlessness,” another figure declares, “If we police properly, we won’t police at all.”

https://www.telegraph.co.uk/tv/0/city-review-captivating-cop-drama-cross-wire-shield/ captivating cop drama is a cross between The Wire and The Shield

‘Unburnable’ copy of Handmaid’s Tale auctioned for US$130,000