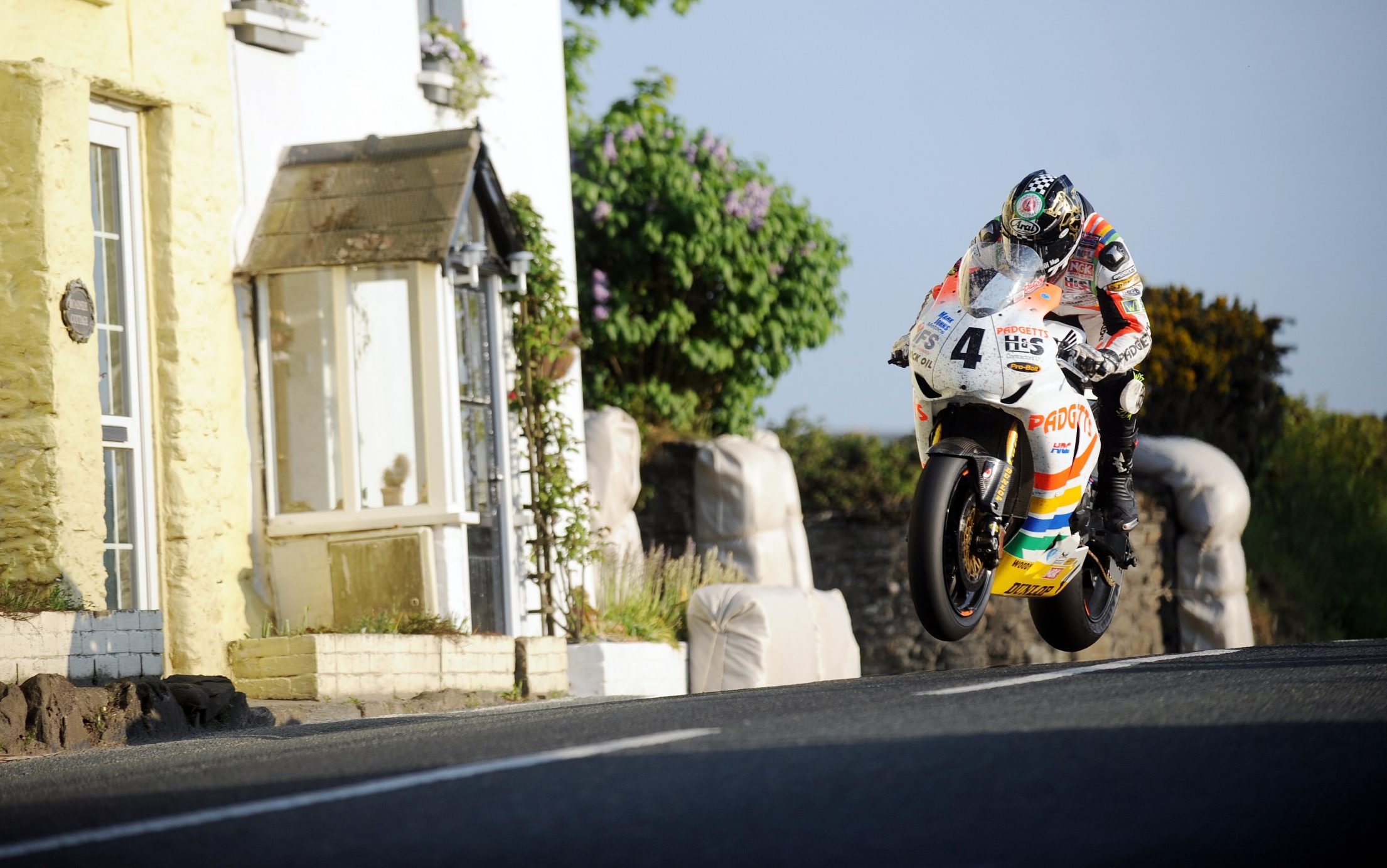 Study this picture carefully. Not only is the bike fully airborne, it’s hurtling past someone’s house on a public road, with all the inherent blotchy surfaces and awkward camber that that implies.

This is ‘real’ street racing as practiced on the Isle of Man and throughout Ireland.

This year marks the 100th anniversary of the famous Isle of Man TT races, which start on May 25th and run until June 7th.

The first of this year’s two Stafford Classic Bike Shows features an impressive lineup of TT winning riders and machines.

The Isle of Man TT races were first held in 1907, but two world wars and foot-and-mouth disease in Britain lasted 12 years, meaning the race will reach the 100-year milestone in 2019.

Promoter Mortons Media Group will be celebrating this special anniversary with a TT theme at its Stafford International Classic Motorcycle Show from 27th to 28th April, which will see big-name riders and the famous machines that took them to victory at one of the world’s most iconic circuits have worn The world is on display.

The star riders are highlighted below, but the show also has a display of 10 real ex-TT machines. The collection includes a 1926 AJS GR10 that finished third at this year’s TT in the hands of Frank Longman; a former HG Tyrell-Smith 1932 works rudge who also finished third in that year’s Junior TT race; a tiny 50cc Honda CR110, a three-cylinder MV Agusta, a 1984 Ducati TT2 and a Honda RC45 formerly ridden by TT legend Joey Dunlop.

Here we salute some of the big names from TT’s past and present, all of whom will be performing at the show. Words by Malc Wheeler.

https://www.telegraph.co.uk/cars/features/celebrating-100-years-isle-man-tt-stafford-bike-show/ Celebrating 100 years of the Isle of Man TT at the Stafford Bike Show