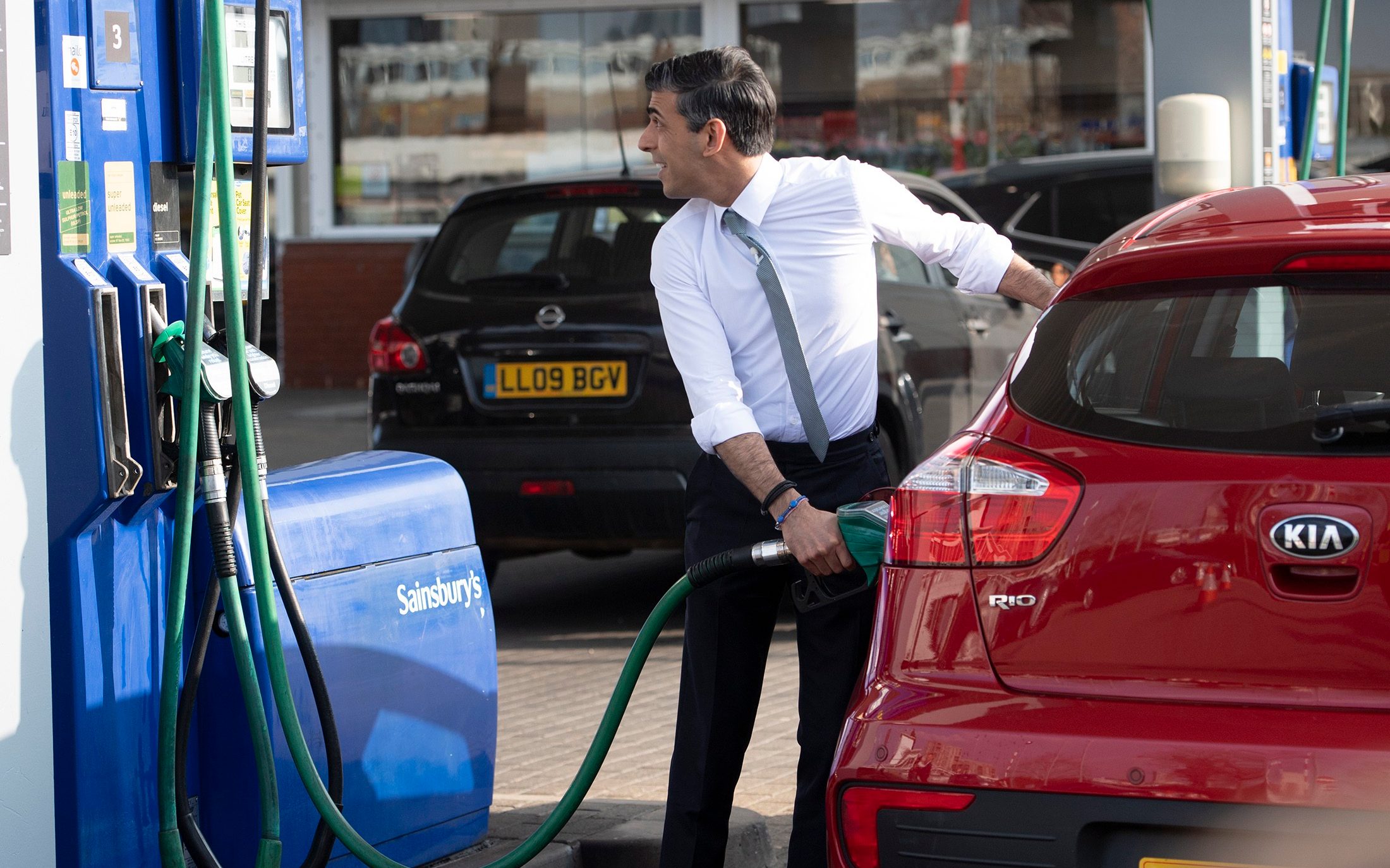 This unfair control over fuel is typical of Tory policy in recent times. The drunken antics of Downing Street during lockdown pale in comparison to the scandalous cover tax this Conservative government is levying on voters. Rising taxes are now undisputedly written in black and white on our bank statements, payslips and tax returns.

Ahead of his landslide election victory in 2019, Mr Johnson spoke of his desire to cut taxes. He even pledged to raise the 40 per cent higher income tax rate from £50,000 to £80,000. A truly conservative policy that would have saved three million middle-class households.

But since Mr Johnson secured that 80-seat majority, the Treasury official has been digging deeper and deeper into our pockets. In the last financial year, the Treasury took in £718 billion in taxes, up almost a quarter on the previous year.

Perhaps Mr Johnson and his Chancellor could be forgiven if they increased taxes a little. No one could have foreseen a global pandemic that led to massive increases in government spending.

But what’s really annoying is the sneaky and indulgent way taxpayers were bled dry. The most glaring example of this is freezing thresholds on everything from income taxes to inheritance taxes.

The toxic cocktail of frozen tax breaks and high inflation is hitting households hard, while the Treasury happily exploits this inertia.

In March, Rishi Sunak promised a series of tax cuts – including the fuel tax – in his spring statement. At the same time as the social security threshold was raised, Mr. Sunak added a 1.25 percent levy on our income. We’ve been promised that income tax will be cut by 1p to £1 – but not until just before the next election.

Upon closer inspection, it became clear that these concessions made no difference and the tax officer would still be better off.

Even the £400 energy bill subsidy for each household last month does not offset the increased tax burden most families are facing.

The Treasury has spent the last three years quietly taking money from our pockets and then calling it a tax cut when it gives us some loose change back.

For now, Mr Johnson and Mr Sunak have been given a second chance to bring hope and prosperity to the nation. The best way to help UK households is to cut taxes.

Conservatives must commit to removing thresholds and allowances to protect our pockets from rising prices. But why not go further to make the tax system inflation-proof? If inflation rises by 10 percent, tax thresholds need to keep up. Everything else is a simple tax robbery.

Whatever Mr Johnson and Mr Sunak announce next, it must be a real tax cut that will make families better off in the long run. Otherwise, this conservative government is surely doomed.

https://www.telegraph.co.uk/money/consumer-affairs/drivers-taxed-twice-every-time-fill-madness-must-end/ Drivers are being taxed twice every time they fill up – this madness must end

Flight cancelled or delayed? Here's how to claim compensation