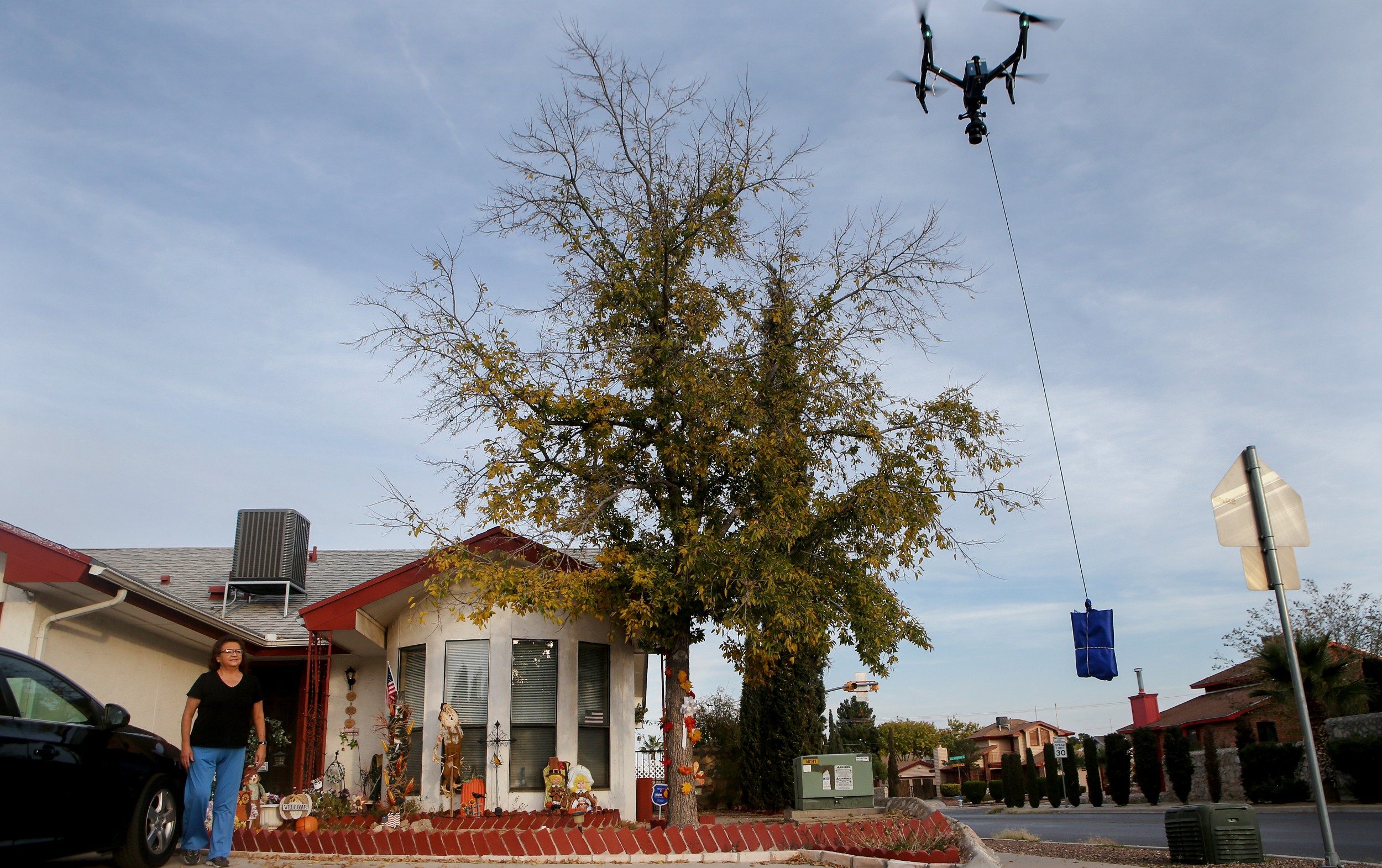 However, the Civil Aviation Authority (CAA) has warned that widespread adoption of drone deliveries can only come after new safety technology to avoid accidents is developed.

Radio signals used to control drones can interfere with each other unless they have their own dedicated frequency.

Interference from other signals can also ground drones and jeopardize important attempts in the race for fully autonomous aircraft.

A CAA spokesman welcomed Ofcom’s move, saying it will be a “key element” in the development of future drone applications in the UK.

Advances in drone technology rely on safely flying the vehicle out of line of sight. Drones can only be flown legally if the operator can see them, which limits their flight range.

Alongside Royal Mail’s trial, several others have taken place in recent years in which cargo drones have been exempted from normal rules as part of controlled experiments.

The Royal Air Force has also used its military-grade SkyGuardian drones, manufactured by General Atomics, for test flights in the Lincolnshire airways.

Airways are like highways in the sky, reserved for scheduled airliners and long-haul flights. Only planes that speak to air traffic controllers are allowed in the airways, making them well suited for unmanned aircraft trials.

Helen Hearn, Ofcom’s Spectrum Interim Group Director, said: “Commercial drones have the potential to bring a whole range of benefits, such as: B. the delivery of essential goods or support for search and rescue operations in remote locations.

“We want to ensure that companies pioneering these projects have access to the spectrum they need to realize the full potential of the latest drone technology.”

I was left crushed in my lorry on a smart motorway. Now I may never drive again