When a father-of-five, Jorge Hernandez, went out to buy milk for his baby, his family never thought it would be the last time they would see him. Something as simple as going to the grocery store turned into a tragedy for the family, all because a gunman decided to pull over and start shooting at the unsuspecting shoppers inside the Family Dollar store. Jorge was waiting in line to pay for the milk when the armed suspect drove past the store at 83rd Avenue and Indian School Road in Phoenix around 7 p.m. From the silver sedan, the armed suspect fired into the store before fleeing the scene and punching an unsuspecting Jorge and another woman in her 50s in the hip.

Jorge was one of the two people injured in the shooting and the father immediately thought of his wife and children in his final moments. With all the energy he had left, the husband, 38, managed to tell his wife how much he loved her one last time, according to the Daily Mail. 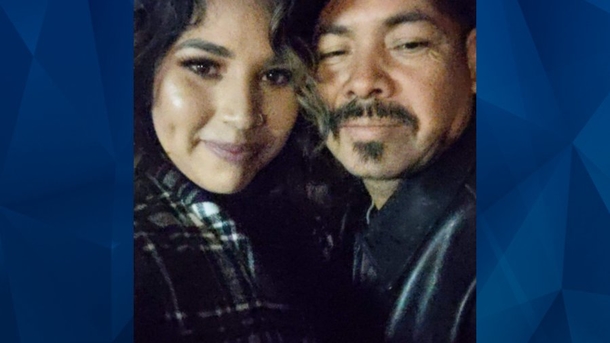 His wife, Marlene Jimenez, who has been married to Jorge for about a decade, received the call while she was at work.

“I was at work and he calls me on the phone,” Marlene told Fox 10 Phoenix. “He tells me he needs me to get the kids because he just got shot.”

Only an hour had passed since Jorge left to go to the store and Marlene was shocked to find that he was speaking to her with a bullet in his body. “His last words to me were that I made him the happiest man in 10 years and that he wanted me to take care of his children for him and that he loves me so much,” the woman said.

After the shooting, Jorge was taken to the hospital but he didn’t make it. The other woman who was also shot in the incident survived.

Marlene, still reeling from the shock, revealed that Jorge had planned to take the kids Christmas shopping the next day, December 12. “He loved his kids so much, so it just kills me that my kids will be here without their father,” Marlene said.

Her only hope now is that the police can find the suspect who claimed the innocent life of her husband, the love of her life. Marlene added: “If anyone can help us find the person who did this damage I really want my husband to do justice because it wasn’t his time to go. He still had a lot to live.”

A GoFundMe page has been set up for the family to raise funds to help them through this difficult time. The donation page described the devoted husband and father: “Jorge has dedicated his life to his children and his wife. He was a hard working father and husband who always did what he could to make sure his family was doing well. As his family, we are all devastated by this unexpected loss. He is in a better place now, resting in peace but leaving behind a hurt family. From the bottom of our hearts we ask that you keep us in your prayers and if possible please consider making a donation if you are able.”

https://womenafter40.com/dying-man-talks-to-wife-one-last-time-after-being-shot-says-he-loves-her-and-asks-her-to-take-care-of-their-children-for-him/ Dying man talks to wife one last time after being shot, says he loves her and asks her to take care of their children for him – Women After 40

Mixed-Race Couple Share Their 73-Year Story of Love and Prejudice: ‘The Priest Refused to Marry Us’ – Women After 40

The surprising summer destination that has (almost) everything