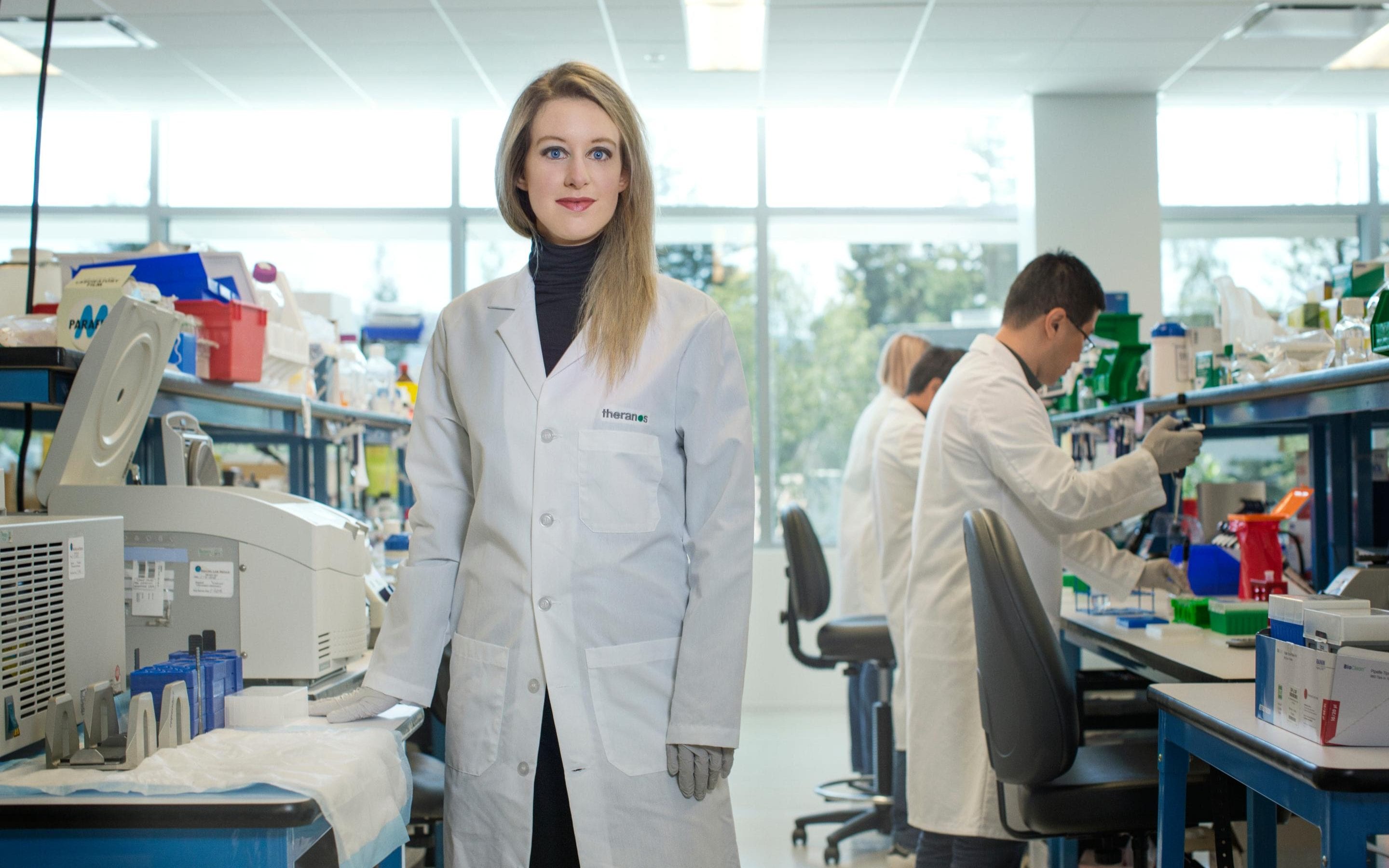 But when Tevanian expressed doubts about the technology, Holmes ignored him and then instructed another board member to ask him to resign. “I was done with Theranos,” he said. “I’ve seen so many bad things that I never expected anyone to act the way she acted as a CEO. And believe me, I worked for Steve Jobs. I’ve seen some crazy things. But Elizabeth took it to a new level.’

Yet despite the setbacks and dysfunctional culture of Theranos, Holmes seemed bulletproof.

The one percent under their spell

In 2011, she was introduced to George Shultz, who agreed to join the Theranos board and has gushed in interviews that Holmes is “the next Steve Jobs or Bill Gates.” Shultz opened the door to other board members and investors, including Henry Kissinger; former US Senator Sam Nunn; William J. Perry, a former Secretary of Defense; and America’s most famous soldier, General James “Mad Dog” Mattis, who would later serve as Secretary of Defense under Donald Trump.

All were powerful older men with little to no expertise in the world of medicine or engineering, but who seemed addicted to Holmes and the revolutionary promise of Theranos. In a 2014 New York profile of Holmes, Kissinger gushed about her “art ethereal quality — that is, she looks 19. And you’re like, ‘How is she ever going to do that?'” His response was, ‘through intellectuals dominance; she knows the subject’.

For Holmes, the lineup of powerful and influential figures on the board also served as insurance against medical authorities becoming too curious about their claims. Who would question a company that has Kissinger and “Mad Dog” Mattis on its board of directors?

Meanwhile, Theranos had partnered with giant pharmacy chain Walgreens to install the Edison device in “wellness centers” in stores across America. Holmes claimed the Edison was able to run up to 200 tests in minutes, ranging from sexually transmitted diseases to cancer – at half the cost of traditional lab tests.

But the claim was wrong. The Edison could only provide a small fraction of the tests that Theranos claimed.

In an attempt to circumvent the device’s shortcomings, Theranos acquired conventional testing machines made by Siemens and other companies and hacked them to analyze each blood sample. When potential investors walked into the Theranos lab, a blood sample would be drawn and fed into the Edison. The customer was then escorted out of the lab, shown through the offices and subjected to a tempting sales presentation – while his blood sample was secretly rushed downstairs to be tested on the other equipment before the customer returned for the results.

Holmes assured Walgreens that the technology was “workable and ready for consumption.” But this claim was wrong. Only a single Theranos test for herpes has been approved by the Food and Drug Administration (FDA).

One Theranos employee, horrified by the deception, described the Walgreens startup as tantamount to “exposing the general population to a large, unauthorized research experiment.”

Walgreens also later explained that when it sold the Theranos package, Holmes had further claimed that the technology had been used by the US military in Afghanistan – a claim it had repeated several times, including to Shultz. In 2017, during a Securities and Exchange Commission (SEC) investigation into whether she helped stage an “elaborate, year-long scam,” Holmes was asked if Theranos technology was ever “used in emergency rooms, hospitals, etc.” . battlefield or in rescue helicopters”. She admitted the claim was false.

Theranos engineers made desperate attempts to modify the Edison to live up to the promise, but when the device was installed in Walgreens dispensaries in 2013, it still only managed a handful of tests. Additionally, some customers were upset at being given a venipuncture (using a needle to draw blood) instead of a single fingerstick test, and alarmed when they received results suggesting they had serious medical conditions that were disproved when they verified this through independent testing.

Nonetheless, the Walgreens deal was impressive enough — or at least appeared to be — to allow Theranos to raise another $650 million from a variety of new investors. Rupert Murdoch invested $125 million, the largest investment he had made outside of the media world. Mexican media tycoon Carlos Slim invested $30 million. The DeVos family, one of the richest in America, invested $100 million. And it wasn’t just the super rich; Any number of smaller investors put their trust and money into Theranos. If Murdoch and Slim were willing to support Holmes, how big would the risk be?

“The story was great and would still be great if it were possible.”

“People just didn’t ask hard questions,” says Reed Kathrein, a California attorney who later sued Theranos on at least two occasions throughout their lives on behalf of eight private individuals who invested $60,000 to $500,000 in the company Savings. “Elizabeth created an aura of credibility around herself by associating with the likes of George Shultz and other politically prominent, credible people. And if anyone dared to ask what was in the black box, she told them: “Well, there are many other people behind you waiting to invest, we don’t need you.”

“The story was great and would still be great if it were possible – people would flock to these types of blood tests if they could be done – and she sold them with such a great semblance of honesty and conviction that people gave her.” believed. Sincerity just oozes from her: sincerity, fake empathy, charm… she’s incredibly charming.”

As money poured into the company, Holmes began behaving like the magna she had always dreamed of being. She became wildly wasteful. She flew on a private jet with a group of assistants, security guards and a personal chef. She retained a personal publicist who was reportedly paid $25,000 a month. By 2014, Theranos had 700 employees and was valued at $9 billion; The Forbes 400 list put Holmes’ personal worth at $4.5 billion.

Appearing at health conferences, she pulled a nanotainer from her bag and held it up like a priestess offering holy wine at communion, repeating one of her favorite phrases about “seeing a world where no one ever has to say, ‘If only I had known before.” A world where no one has to say goodbye too soon.”

As of 2015, Walgreens had 40 dispensary testing centers in California and Arizona. Holmes was named in Time Magazine’s list of 100 Most Influential People; President Obama named her Presidential Ambassador for Global Entrepreneurship, and in April 2015 she was a guest at a White House dinner for visiting Japanese Prime Minister Shinzo Abe. But the cracks began to show.

Why most kitchen gadgets are a waste of space, used so rarely – hello, sous vide bath machine – we wonder why we bought them