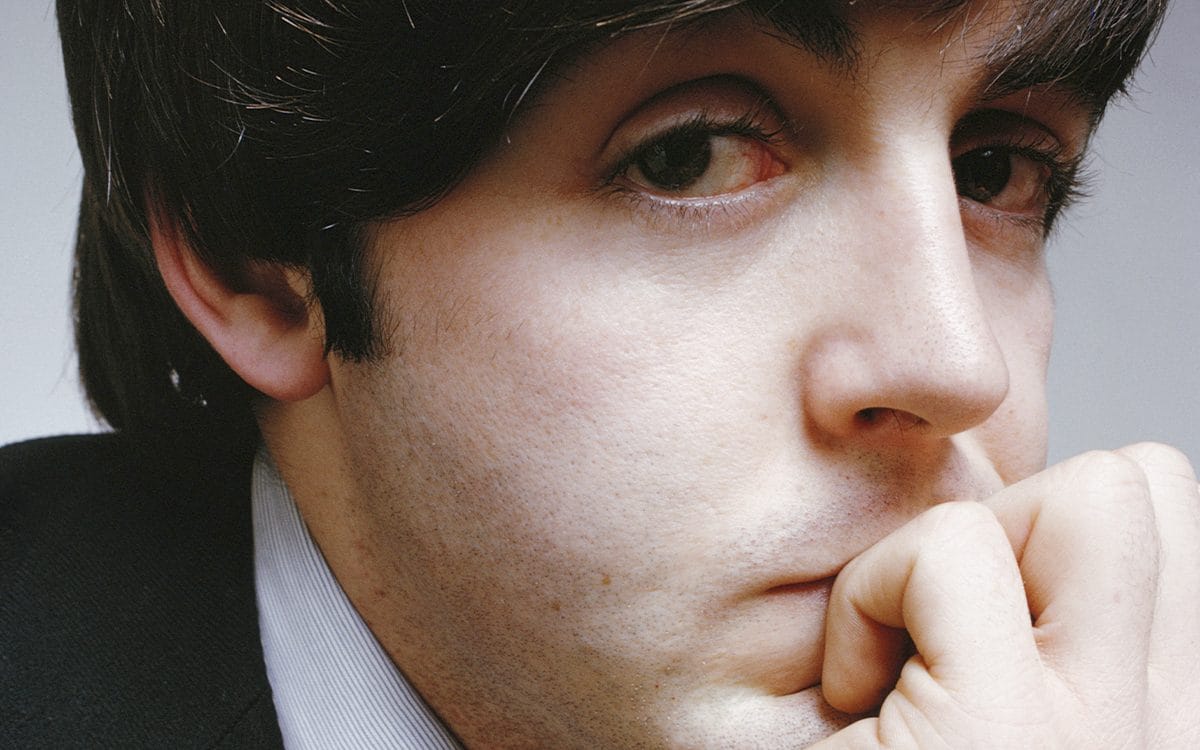 I first met Paul McCartney at a wedding reception in 1992. I was a struggling young musician and one of McCartney’s band members was just marrying a singer I was friends with. I spotted the great man in the bar and was blown away like never before.

I was born in the Beatles era, a ’60s kid who grew up with McCartney as a larger-than-life fixture. And there he was in person, the same open, friendly face that had winked at me from my sister’s Beatles-style bedroom wallpaper. It was a confusing experience, but I plucked up the courage to pay my respects. As far as I can remember, I blurted out something gormless like, “Hi Paul, I just want to say… I LOVE THE BEATLES!”

We shook hands and I was about to walk away, not wanting to impose myself. But McCartney assured me there was no rush and said we could talk about the Beatles if I wanted to. So we had a drink and I peppered him with questions about a band that had broken up decades ago and he answered graciously, with plenty of humor and anecdotal detail. I was so happy and impressed by this encounter that McCartney turned out to be… exactly who we always expected him to be.

McCartney turns 80 on June 18. He’s been world famous since he was 21, and with good reason. We all know what he achieved with The Beatles as he wrote and performed songs the world still sings today and became a transformative figure in the pop culture of our time. And ever since, he’s been making amazing music with a productivity and creativity almost unrivaled in his field. His mega-hit era may have ended in the mid-1980s, but last year his 18th solo studio album McCartney III (of 47 if you count all bands and side projects) reached number one in the UK. The man is a genius. But the thing is, you don’t have to be nice to be a genius. That’s a bonus.

I’ve been doing this job for a long time and I’ve met probably the most famous musicians of our time and I truly believe that McCartney could be the nicest, coolest and most balanced superstar the world has ever seen. I have interviewed him several times for the Telegraph and have encountered him in the studios and backstage areas where he has always been friendly, engaging and able to talk to anyone.

https://www.telegraph.co.uk/music/artists/paul-mccartney-80-elvis-costello-bono-beatle-know/ Elvis Costello, Bono and more on the Beatle they know

a significant improvement on the pitch

‘The big lie of the Marcoses …’ For Filipino novelist Miguel Syjuco, reality is uncomfortably close to his satire about a Philippines presidential election

Ireland Baldwin Opens Up About Her Past Like Never Before