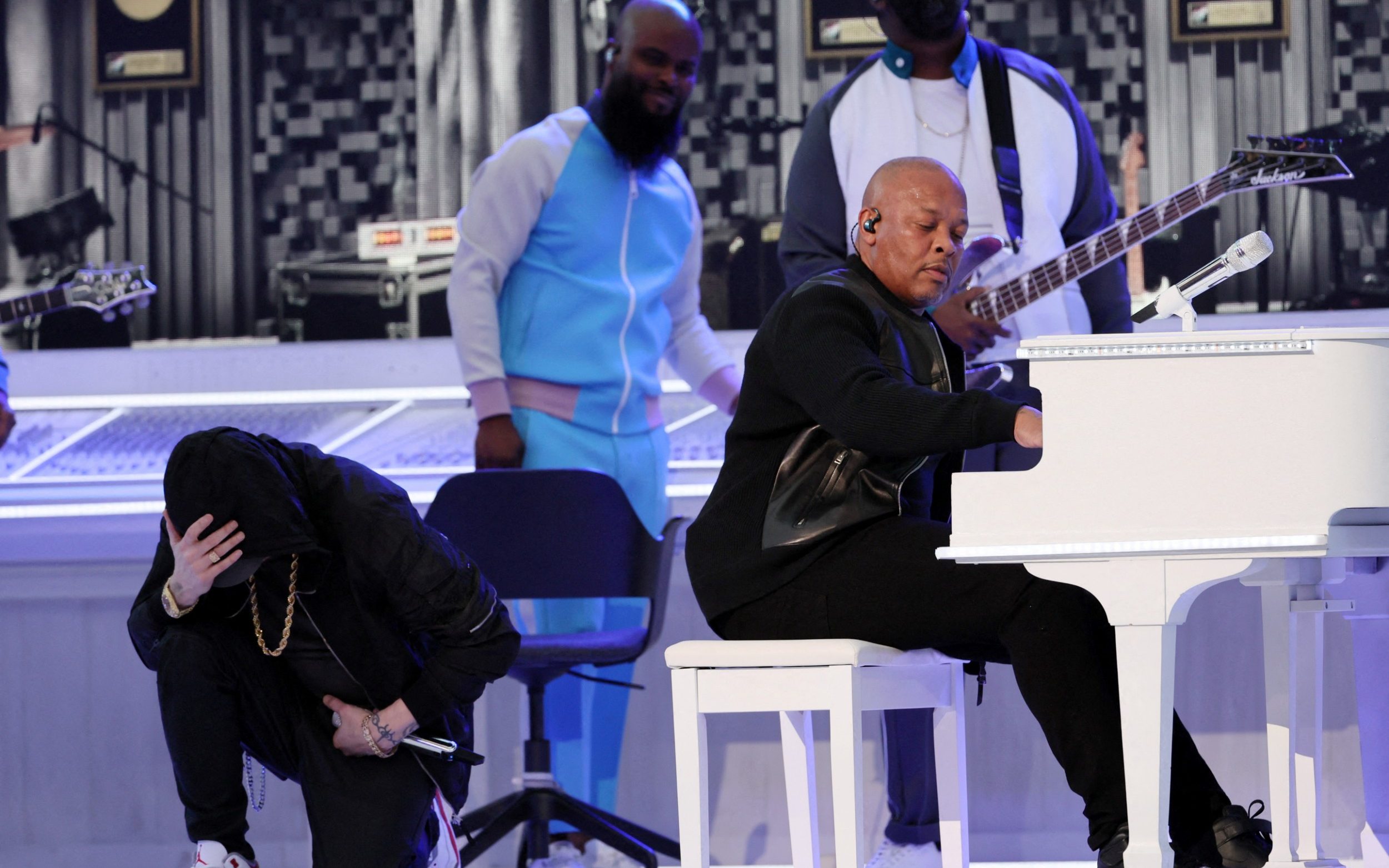 However, Eminem stuck a finger in the eyes of the authorities when he duly got down on his knees towards the end of his round. Giving two fingers to the establishment had never felt so challenging or historic.

But a Super Bowl halftime show cannot live on political gestures alone. And at times the set felt almost snuggly – especially when a beaming Snoop Dogg took over the mic. And yet it served its function of highlighting the importance of hip-hop, and particularly the West Coast scene that was thriving just a few miles from SoFi Stadium in Inglewood.

Dre operated a giant white mixer on a recreation of a neighborhood in his hometown of Compton, the badass LA neighborhood that hosted some of the world’s greatest rap talent. He was joined by Snoop Dogg (from downstairs in Long Beach) while dancers, wearing various hoodies and hiding in cardboard boxes, twirled below.

Retirees 'must withdraw £170,000 from their homes' to beat rising costs

Christo: the artist's greatest works, and the stories behind them