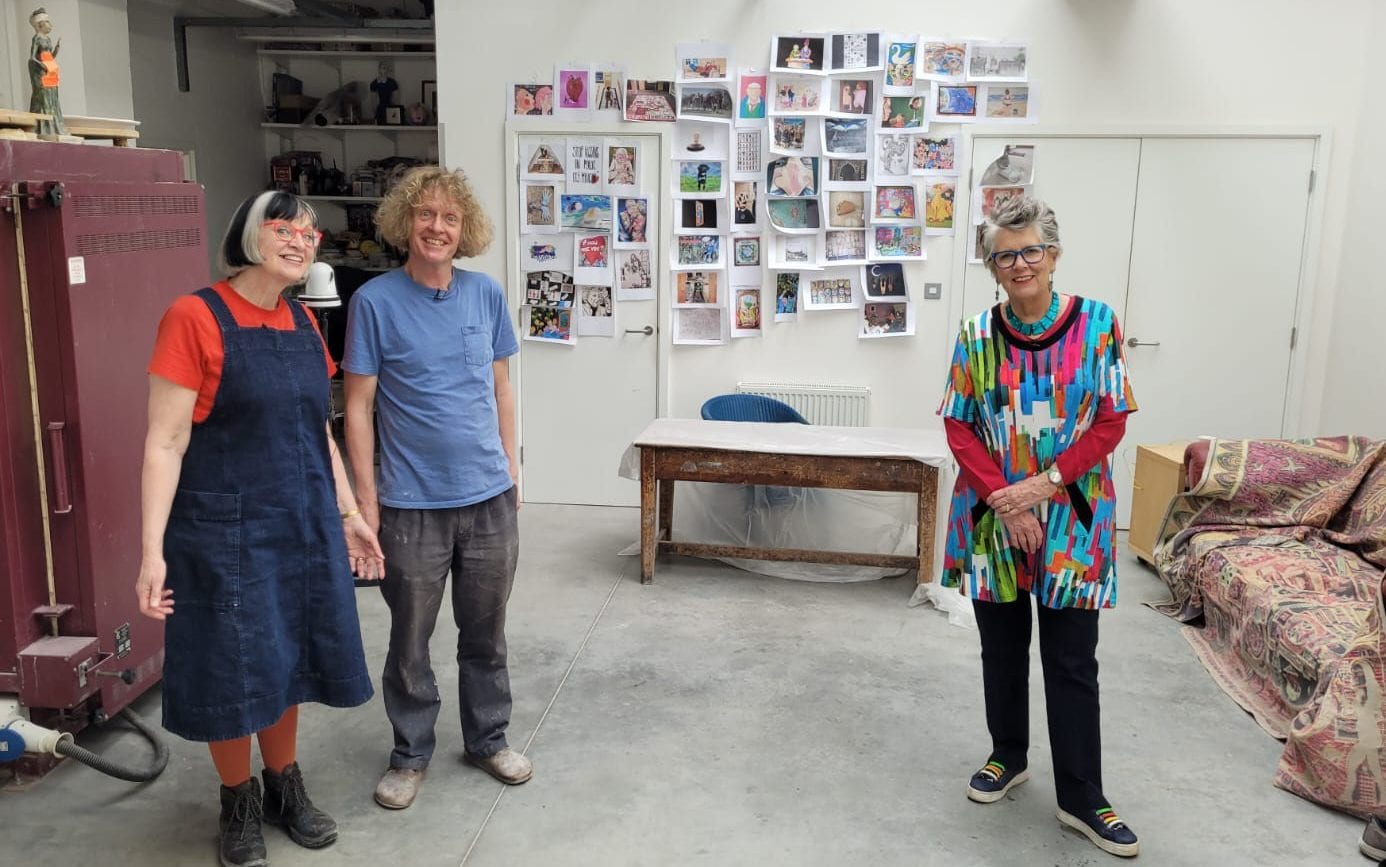 Channel 4 has never been a royalist channel – a low point may have been its 2008 Alternative Christmas message, delivered by that celebratory jester, President Ahmadinejad of Iran – but even that channel has a whiff of platinum anniversary fever. Grayson’s Art Club: Queen’s Jubilee was a fun tribute by Grayson Perry and his wife Philippa that emerged from the show, which became a lockdown hit.

Not that Perry entirely agreed with the royal element of things. “I’m not a flag-waver, not someone who would call himself overly patriotic,” he said. Watching footage of the coronation, he felt unexpectedly moved: “It’s uncomfortable to realize that moves me.” He also described the Queen as “the stamp of authenticity on the currency of our cultural identity,” whatever that means .

When Grayson’s Art Club was formed, he was the star. But now it’s definitely a double, with Grayson and Philippa pottering around sociable over a cup of tea. It’s a joyful little show, “inclusive” in the best sense of the word, and this episode was at its best when it focused on members of the public who had created artwork inspired by Her Majesty (rather than the prominent contributions of Prue Leith and Harry Hill).

A teenager drew a wonderful painting of the Queen using postage stamps as a background. A disabled and housebound woman has placed a throne covered in succulents in her front yard to encourage passers-by to stop and chat. A guy named Tony made a version of the crown jewels out of household items; 40 years ago he was featured on the front page of the Chichester Observer for doing the same thing, using an industrial-size can of vegetables and a boiled candy for the ruby ​​on that occasion.

Who knows why we ended up with Grayson serenading Leith with a karaoke version of Billy Joel’s Just the Way You Are. It all felt a bit random, but that’s part of the show’s wonky charm.

https://www.telegraph.co.uk/tv/0/even-channel-4-grayson-perry-cant-help-get-jubilee-spirit/ Even Channel 4 and Grayson Perry can’t help but get into the Jubilee spirit

‘Every interview I do, I still feel like an imposter’

Amino Acids in Skin Care: What Are the Benefits?