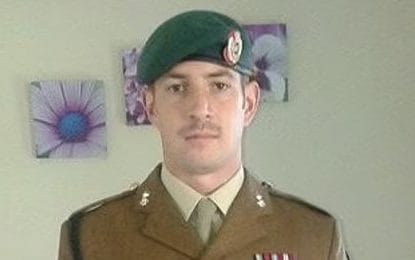 After the killings, which took place at Dragon Rise, Norton Fitzwarren, near Taunton, Mr Reeves climbed over the fence again and called the police to tell them he had stabbed his neighbors.

The jury was told that Mr Reeves has admitted killing the couple and has pleaded guilty to manslaughter.

He claims he suffers from a “mental functioning abnormality” and the jury was told it was their job to decide if that was true.

The jury was told they would hear evidence from two psychiatrists about Reeves’ mental health.

Just days before the attack, Ms Chapple was the victim of a “particularly embarrassing verbal assault” by Mr Reeves, Mr Feest said, which was captured by the victim’s doorbell camera.

Mr Reeves also had problems in his own marriage, the jury was told.

Mr Feest said: “Whether it was this parking dispute, tensions in the defendant’s marriage or a combination of these things that led the defendant to kill his neighbors is unclear.

“When questioned by the police in an interview about his actions, the defendant decided to exercise his right to remain silent.”

The trial, which is expected to take eight days, continues.

The Difference Between Strong Feelings And Being Triggered