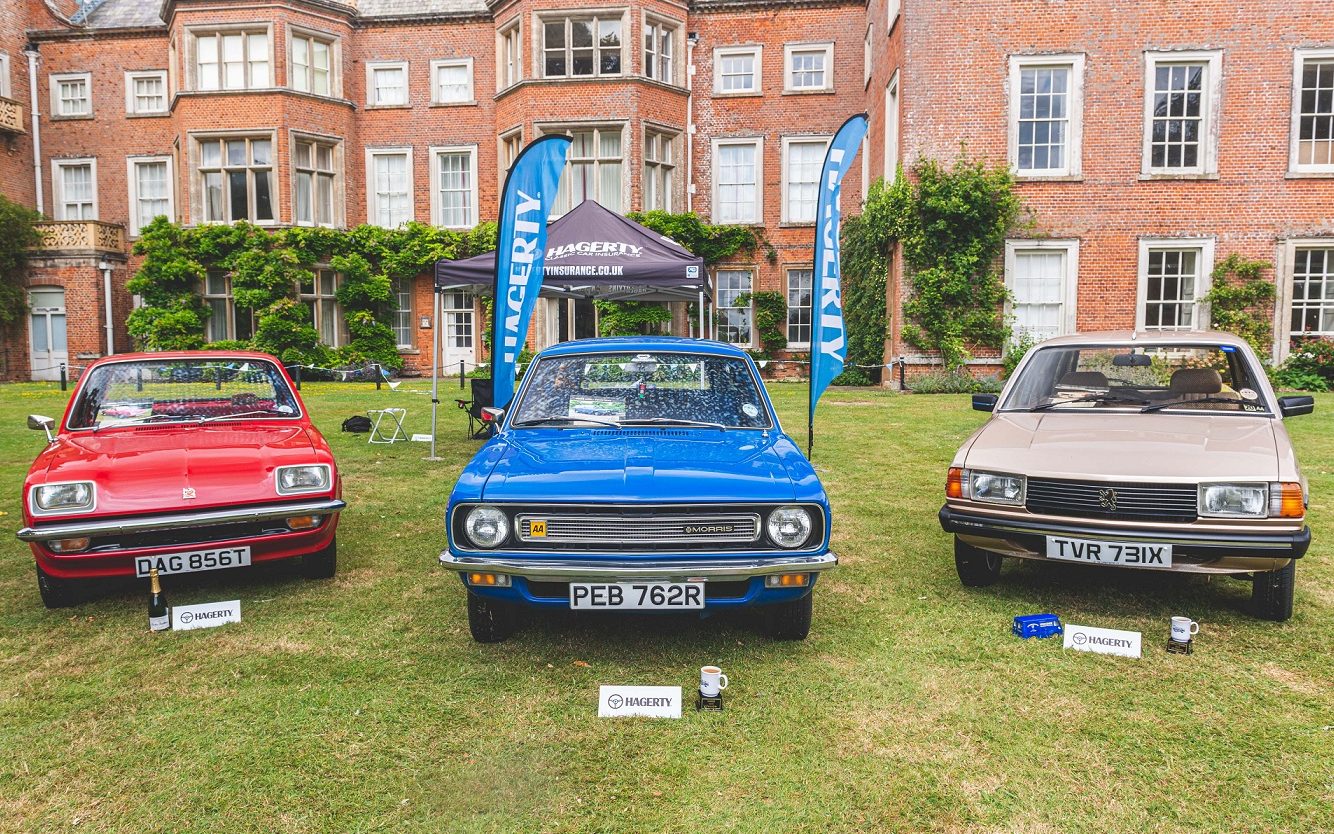 The Best of an Ordinary Group: The victorious Marina is flanked by the runner-up Vauxhall Chevette and a beautiful People’s Choice Award-winning Peugeot 305 Estate.

The beautifully preserved 1977 Marina 1.3 Deluxe Estate is one of just 15 examples left on Britain’s roads and underscores the seriousness behind insurer Hagerty’s tongue-in-cheek competition for the country’s best everyday cars of the 1960s, 1970s and 1980s to find – Models that are extremely rare or even extinct today.

The People’s Choice Award (chosen by ticket holders at the event) went to a beautiful, unrestored 1982 Peugeot 305 SR Estate. The French company produced more than 1.7 million examples, but now only seven remain in the UK.

Classic vehicle insurance and appraisal specialist Hagerty International launched the inaugural Festival of the Unexceptional (FOTU) in 2014 to highlight the rate of wear and tear on some of the most loved and loved vehicles of our recent automotive past, with the event now becoming a focus for Enthusiasts who are truly proud of their rare and long forgotten family cars from the 1968-1989 “Unexceptional Era”.

Fifty exceptional models were showcased on the Claydon House lawn, with a tremendously diverse and eclectic selection that one would expect from FOTU – whilst the car park was a fascinating show in its own right.

Among the highlights of the 50 cars vying for the crown was a 1992 Renault Clio 1.4 RT, which is in showroom condition and has just 24,000 miles from new. Another popular entrant was a 1987 Rover 820E, believed to be the very last model of its kind left on Britain’s roads.

Feast of the Unusual (Best Perfect Picnic): Mike and Judith Burkett and their 1979 Colt Sigma GLX

Hagerty International’s Marcus Atkinson said: “What a pleasure to showcase cars that evoke so many memories for so many people and to reward the enthusiasts who spend precious time and money keeping the more ordinary classics on the road .

“As you walk the lawns, you’ll hear guests say, ‘My dad had one of these’ or ‘We used this for our summer holidays’; great memories, a meeting of like minded people who appreciate that without exception is a word of endearment and not derogatory.

“While we have admiration and passion for all classic car owners and events, FOTU really is something… more of a family gathering than a sterile show, it brings people together. Autoconcours don’t have to be stuffy and boring. Thank you to everyone who has joined us on the Claydon lawns and we look forward to doing so again next year.”

ALL PICTURES IN THIS GALLERY BY NAT SWISS

How to get the best range from an electric car

Microsoft reveals cause behind this week’s Microsoft 365 outage