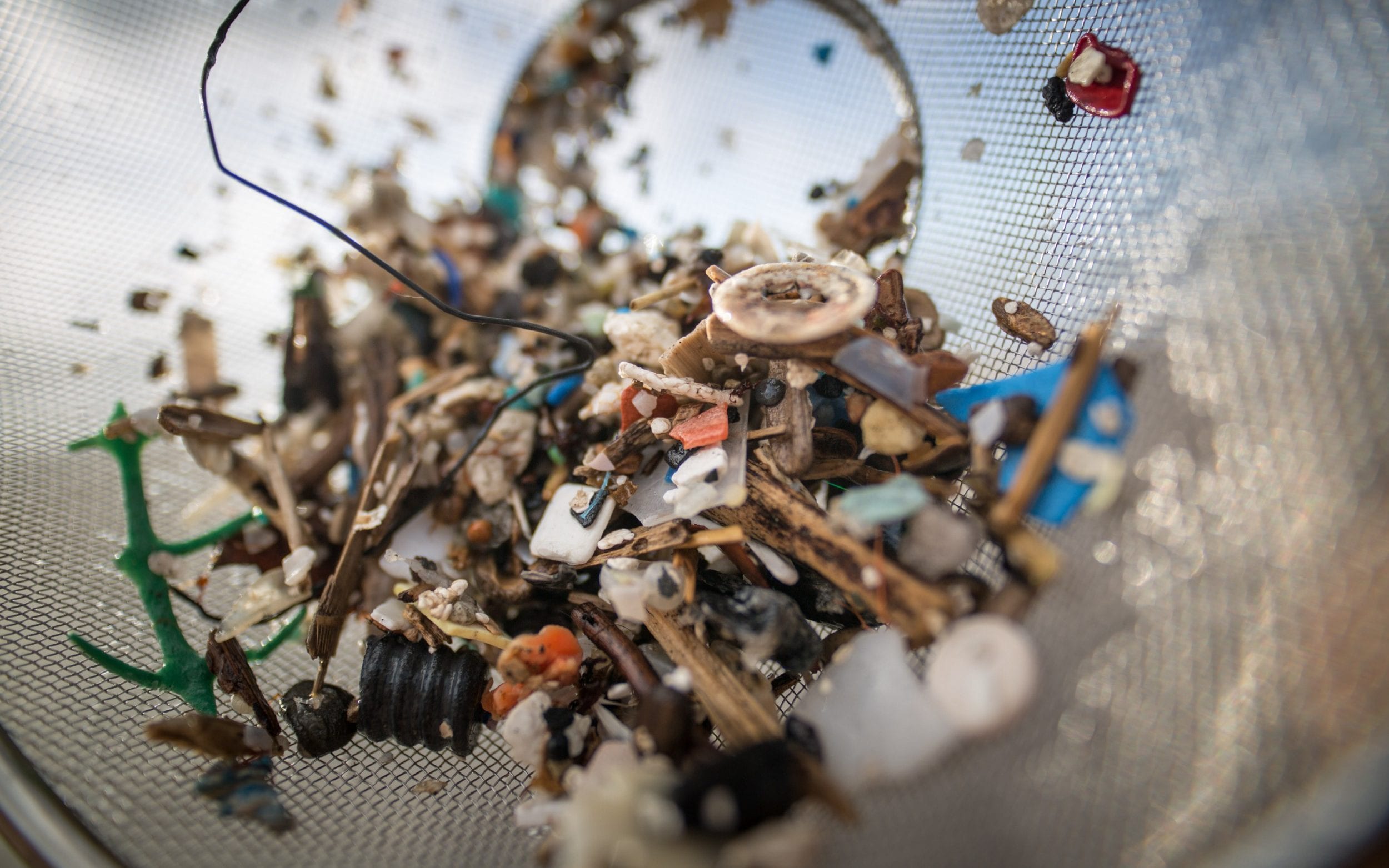 Microplastics carry viruses and pose a danger to children playing on the beach, a study has found.

Scientists have proven for the first time that viruses can survive and remain infectious for up to three days by “hitchhiking” on microplastics in freshwater.

Microplastics enter rivers from household sewage, are deposited in cosmetic products or from laundry, with microfibers from synthetic textiles being a main source.

They also come from runoff from streets that enters sewers. Microplastics from both sources can end up in rivers and seas, even if the water is treated in sewage treatment plants.

The study suggests they can then attach to viruses in the sewage system, meaning they can persist longer and be more likely to contaminate water and make swimmers and beachgoers sick.

Researchers from the University of Stirling added viruses to microplastic pellets soaked in water from a nearby lake, then tested them to see if the virus remained on the plastic’s surface.

“Novel way to spread the virus”

The findings, published in the journal Environmental Pollution, suggest that plastic pollution could become a new way for viruses to spread.

The finding “emphasises the potential of plastic pollution to act as a new route for viral spread and persistence in the environment,” the study concluded.

Tests showed that viruses such as rotavirus and norovirus, which cause vomiting, survived more effectively than the flu virus.

Viruses can also attach to natural surfaces in the environment, but plastic lasts much longer than these materials, the authors said.

Swimmers have fallen ill after swimming in river and sea water across the UK amid growing concerns about the release of raw sewage and the effectiveness of current water treatment methods.

Earlier this month, research by campaign group Surfers Against Sewage found that 55 percent of those who tried wild swimming had become ill afterwards.

Professor Richard Quilliam, the project’s lead researcher at the University of Stirling, said: “We found that viruses can attach to microplastics, allowing them to survive in water for three days, possibly longer.

“Even if a treatment plant does everything it can to clean wastewater, the discharged water still contains microplastics, which are then transported down the river into the estuary and end up on the beach.

“We weren’t sure how well viruses could survive ‘hitchhiking’ on plastic in the environment, but they survive and they remain infectious.

“Microplastics are so small that they could potentially be ingested by someone swimming, and they sometimes wash up on the beach as lentil-sized, colorful pellets called pacifiers that children can pick up and put in their mouths.

“It doesn’t take a lot of virus particles to get sick. And when the viruses then break free from the plastic into the water or sand, their persistence in the environment increases.”

https://www.telegraph.co.uk/news/2022/06/27/getting-going-swimming-microplastics-may-behind/ Feeling ill after going swimming? Microplastics may be behind it

why give a British classic an American racism theme?