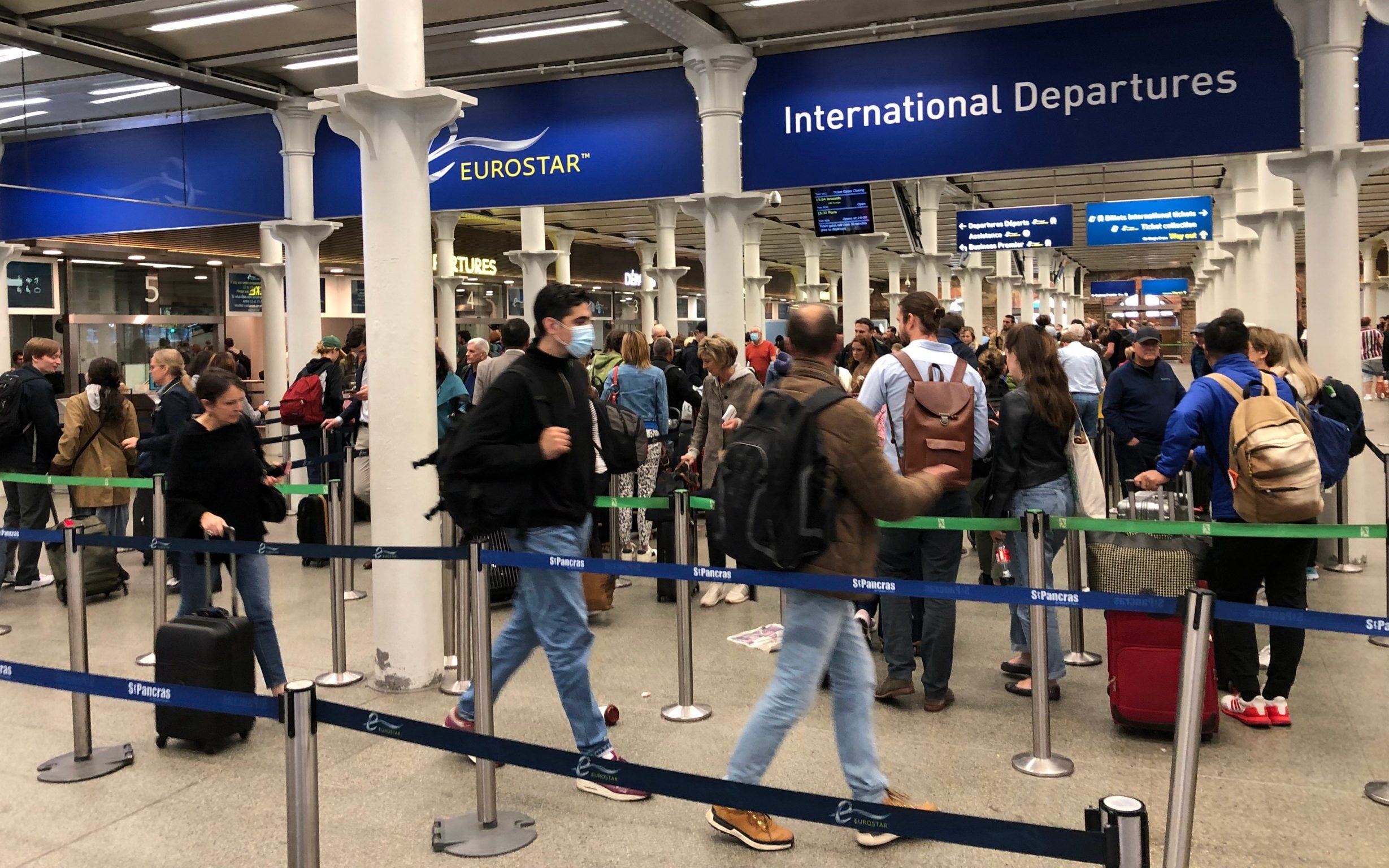 French IT troubles have created travel chaos on Eurostar services and dealt a fresh blow to holidaymakers looking to escape over the long weekend.

Problems with French-operated automated border gates at St Pancras station forced thousands of travelers to queue that snaked onto the streets of London.

Officials said e-gates were hit by software problems, delaying immigration checks, which are carried out in the UK before departure.

Eurostar said: “Our stations are very busy today. Passport and security checks are taking longer than usual due to problems with the French authorities’ control systems.”

The queues bring further misery to half-term holidaymakers, many of whom have been hoping to avoid the widespread disruption seen at airports in recent days.

Problems with the e-gates also caused disruption in Paris for people returning to the UK and at French airports.

Author Svenja O’Donnell said she waited in line for almost three hours for a train to Paris.

She said: “The line goes through the entire station and two blocks down.

“We have received very little information.”

There were also reports that at least one Eurostar train departed without onboard toilets working.

A Eurostar spokesman said: “Unfortunately we had a technical defect on a train this morning which meant we had to withdraw it from service.

“As a result, the departure from London St Pancras is experiencing delays of 30 to 60 minutes.

“The queues are shifting and our staff are working hard to take care of passengers and ensure their check-in is as smooth as possible.”

Eurostar trains will be delayed by around 30 minutes, the spokesman added.

The IT malfunction was fixed shortly after noon, Eurostar added.

Chaos ensued in St Pancras on Tuesday after one of the Eurostar trains suffered a disruption. Angry passengers took to social media to speak out about an “absolute mess”.

A traveler said: “Thousands of people, queues, snaking around the station, out onto the street and back in. Shocking mismanagement.”

There would be no better legacy of this Covid crisis than a fitter, healthier Britain

Holidaymakers left stranded across Europe after wave of flight cancellations