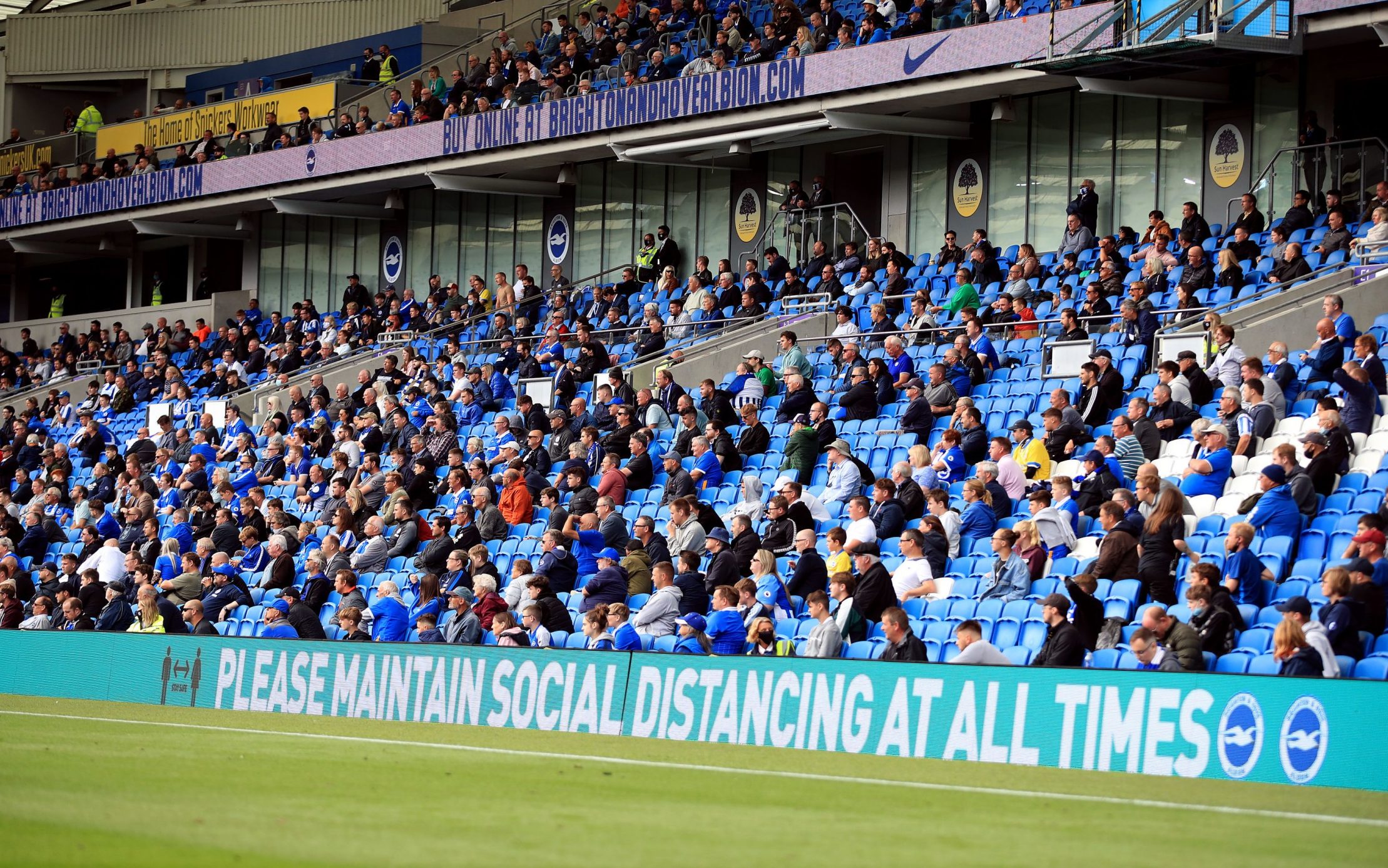 The government is said to be under pressure from sport to speed up the return of fans in line with the reopening of pub gardens and shopping centers on April 12.

Surrey County Cricket Club and two Football League clubs, who are speaking on condition of anonymity, are among those calling on ministers to show flexibility on the planned allowance for 10,000 fans on May 17.

Whitehall is drafting plans for crowd pilots to take place before that date, but senior sports experts say more than 15 testing events across the sports and leisure industry are unlikely to happen.

Surrey chief executive Richard Gould is among those calling for small numbers of fans to be allowed outside when shops, restaurant gardens, zoos, theme parks and drive-in cinemas reopen.

“We’re going to inquire if we can bring in some crowds from April 12,” he said telegraph sports. “Given the likes of Bullring and Westfield [shopping centres] opens, we will wonder whether or not a county championship audience could gather outside in relatively small numbers. You can imagine that at 10 percent capacity, 2,500 people would be enough for the championship. When you have 150,000 people a day at Westfield and you have a few thousand fans, it doesn’t seem improper or inconsistent to sit outside the oval.

There are also concerns within the EFL that the current reopening of stadiums on May 17 is too late for clubs to recoup matchday revenue for clubs by the start of next season.

telegraph sports revealed last week that Championship clubs are already fearing a bailout loan from the Treasury of over £100million could be delayed until the summer.

“We’re being marginalized – getting 5,000 for a couple of weeks at the end of April would help,” a Championship leader said on Saturday as he urged the EFL to pressure the Government to come up with their May 17 plan.

An EFL spokeswoman has already pledged to continue talks with the Government, with the Carabao Cup final on April 25 as a potential crowd-testing event at Wembley.

“As has been our approach during the pandemic, the EFL would like to see fans back in our stadiums as soon as it is safe to do so and we will continue to work with clubs, DCMS, the SGSA and local authorities to this end,” said a spokeswoman .

With the EFL and Government on a separate collision course over clauses capping bonuses and pay rises, Championship clubs discussed the situation on Wednesday and an agreement on the loan is understood to be at least two months away.

Whitehall insiders say no plans have been made as to which venues will be used for pilots, but sources confirmed technology such as vaccine passports and 30-minute lateral flow tests outside of venues are being explored to boost viewership.

Lancashire Cricket Club and at least one Premier League team have also expressed interest in April pilots, where research from Liverpool University will feed into Ministers’ “Science Events Research Programme” before rules are relaxed.

The hope is that the sport will only use the projected return of 10,000 fans on May 17 as a springboard for rapidly increasing numbers after June 21.

The roadmap announced on Monday raises the prospect of a dramatic increase in viewership by the time England play the Czech Republic in their final Euro 2020 group game on June 22.

Ministers and public health experts downplayed the likelihood there would be 90,000 at Wembley by then, but Lancashire revealed they hope to have a packed Old Trafford for the T20 blast against Worcestershire on July 1.

https://www.telegraph.co.uk/sport/2021/02/27/government-pressure-reopen-grounds-earlier-date-shopping-centres/ Government under pressure to reopen grounds on same date as shopping centres and pub gardens

a slick, drugged-up thriller for a cosy Netflix night