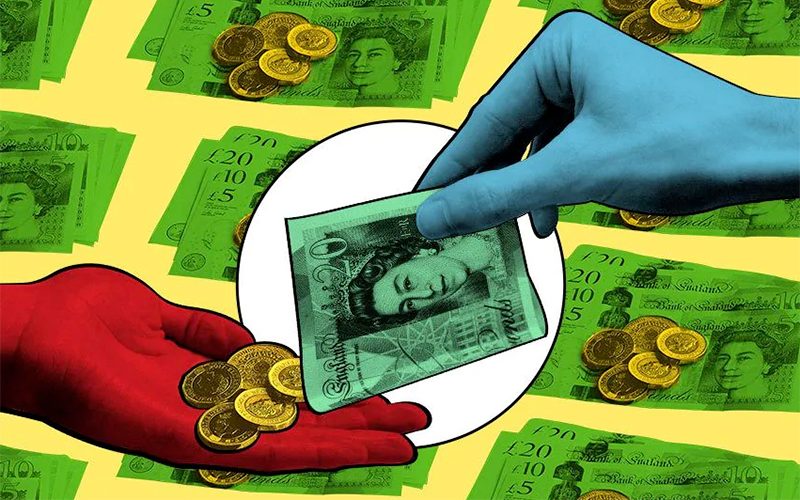 HM Revenue and Customs cracks down on tax refund companies who charge customers extortionate fees to make claims that shouldn’t cost a dime.

If you have overpaid tax you can ask HMRC for a refund and they will make a claim directly to you with no charge.

But in the last decade, a new breed of tax refund companies has emerged, acting as unnecessary middlemen, filing the claim on your behalf — charging up to 50 percent commission for the privilege.

The Telegraph’s Katie Morley this month won a reader back £4,500 he owed a company after accidentally signing off his right to a full discount.

Charities TaxAid and Tax Help for Older People say they have seen a huge increase in the number of vulnerable people being targeted for attacks in just the past few months. Often people use a tax refund company without even realizing it, said Gillian Banks, an advisory manager at both charities.

“These are often low-income elderly people who may have responded to an ad online and entered their details without knowing that the company would then make a claim,” she said. “The first thing they know about it is when they get a letter from HMRC telling them a tax refund will be sent to the refund company.”

Ms Banks said reimbursement companies sometimes forge signatures on contracts. She said she spoke to victims who had lost hundreds or even thousands of pounds after unknowingly making a claim.

HMRC has now launched a consultation asking taxpayers, charities and tax agents to come up with suggestions for better consumer protection.

One of the proposals under discussion is that tax refund companies must be formally registered. John Hood, a tax partner of Moore Kingston Smith, says this may “deter unscrupulous agents from starting new businesses”.

HMRC is also asking how misleading advertising and unclear terms and conditions can be tackled.

For Ms Banks, the most significant of the measures proposed by HMRC relates to deeds of assignment. These contracts give the tax refund company permission to act on your behalf to make the claim.

She said: “This means HMRC will send the money directly to the refund company and not to you, the claimant. Banning the use of assignments could possibly be the strongest outcome of the consultation.”

Martyn James of consumer complaints firm Resolver said it was “outrageous” that companies have been allowed to take advantage of vulnerable consumers for so long.

He added: “Unless the platforms that enable this rip-off are also addressed, these firms will continue to proliferate and consumers will lose out.”

If you feel you are entitled to a refund, you can request a refund directly from HMRC free of charge. You’ll likely need your social security number, passport information, and details of any jobs you’ve had or benefits you’ve claimed.

If you think you are dealing with HMRC you can make a complaint to Citizens Advice.

What Is The Bill Of Rights And Why Is Dominic Raab Bringing It In?