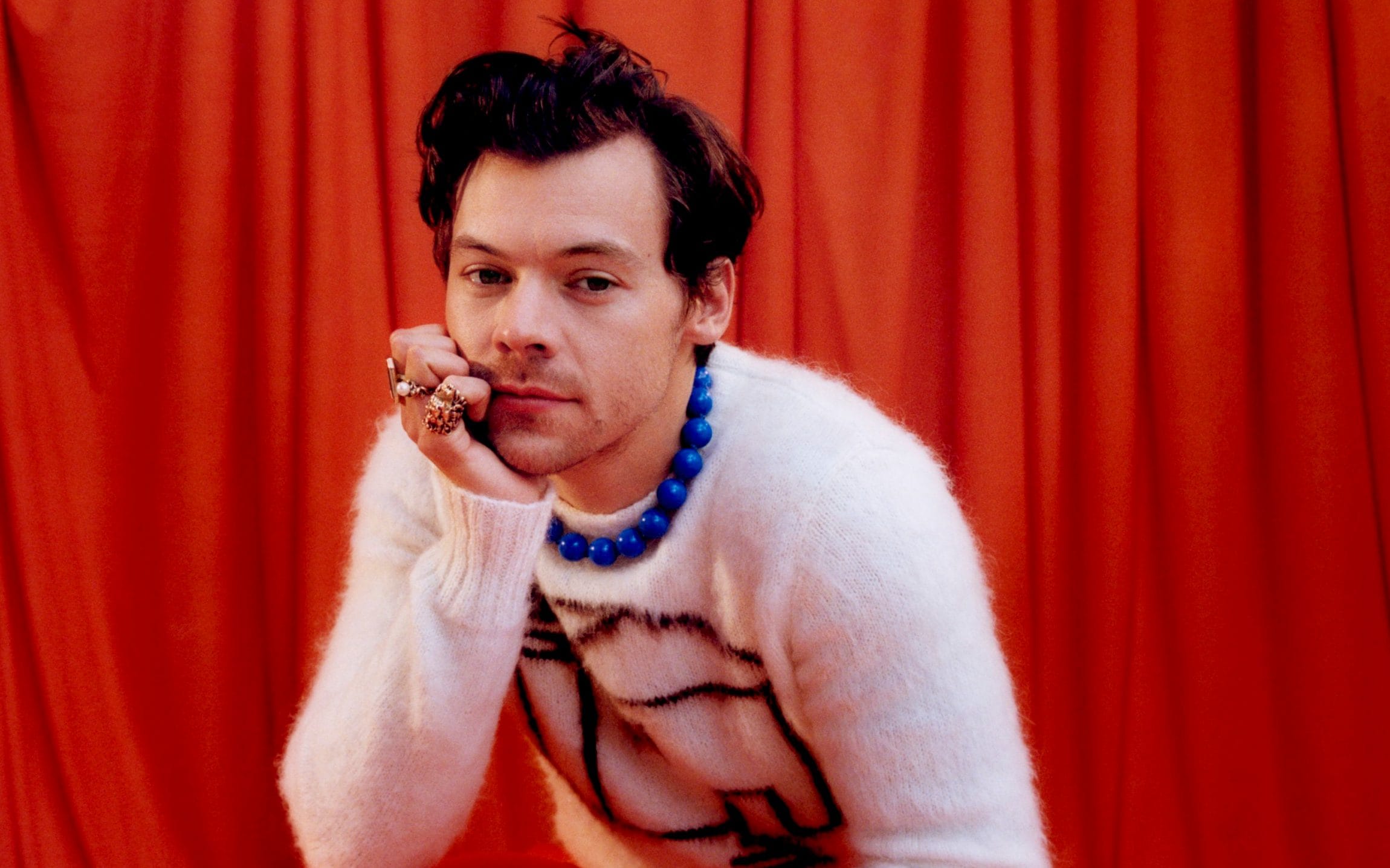 If you haven’t followed Harry Styles’ style evolution, he’s the reason your teenage son might be wearing nail polish or pairing his t-shirt with a set of pearls. Tuesday night’s Brixton outfit was relatively unremarkable – polka dot T-shirt, leather trousers, Adidas trainers and large pearl necklace – but he knows how to set the internet on fire with calculated fashion performance.

It was his turn at the 2019 Met Gala, where he donned a lace blouse and pearl earring and wore his 2020 Vogue cover in a ruffled dress. He even has his own brand of makeup and nail polish aimed at men called Pleasing.

The specifics of the Styles wardrobe are coordinated by his stylist, Harry Lambert, and he’s something of a muse for Gucci designer Alessandro Michele, who has dressed the star in various exuberant, gender-specific ensembles, from floral suits to glittery catsuits .

However, Styles also loves serious tailoring – a pink suit he wore in 2017 was made by Elder Statesman of British suits Edward Sexton. He is also known for providing a platform for young designers, such as British fashion prodigy Steven Stokey-Daley, who told The Daily Telegraph: “Harry pushes boundaries like no other today.”

So if the Gen Z male in your household looks particularly adventurous, you know who to thank — although fans of Bowie, Prince, Jagger, and Boy George know it’s nothing new.