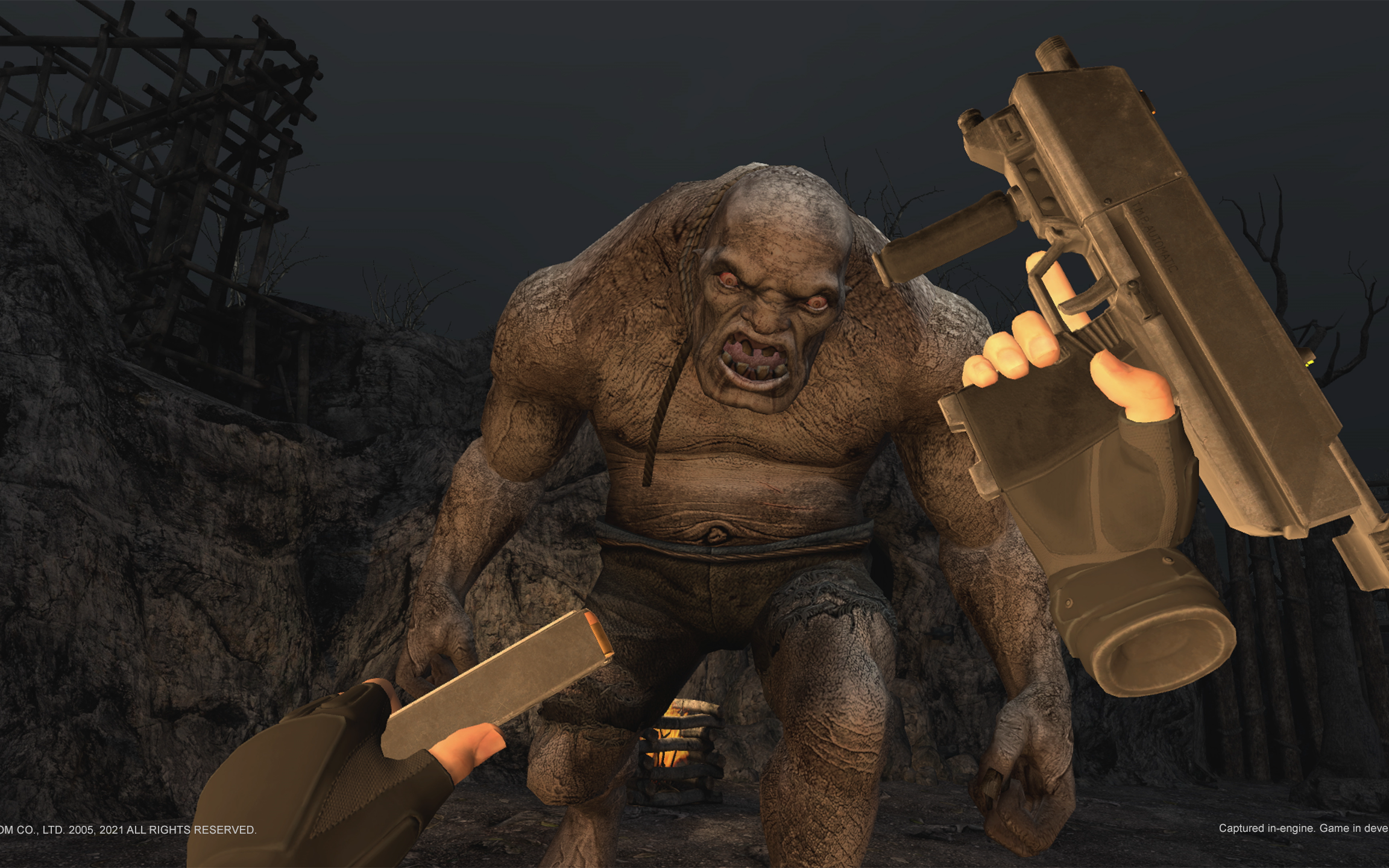 But first the controls. VR pretty much nailed the “floating hands” shape of the FPS controls, which is based on making weapon and tool handling as natural and intuitive as possible. Resident Evil 4 follows that to the tee, again matching the fear and pace of the original game. While you can use a weapon wheel with a pull of the left trigger, you’re strapped with your chosen gear, which can be grabbed from Leon’s tactical vest. The pistol is holstered, ammunition must be grabbed from packs on the left hip, the magazine inserted before the bolt is pulled back to fully load. The knife is on the chest, healing items can be grabbed behind the left shoulder, two-handed weapons like the shotgun are drawn behind the right. This weapon needs to be pumped and re-chambered between each shell.

It’s all relatively simple in VR terms, but each can add to the dread as the plague-ridden Ganados descend on you. The downside is that you’re much more skilled, get regular headshots, and importantly, can hold your knife when you’re pistol-armed. Aiming far at a more distant opponent while striking at a more pressing one becomes a regular practice.

They can also move quite quickly, which feels like an acceleration from Leon’s pace in the previous game. As with many VR titles, you can either teleport a short distance or use the Oculus’ joystick for full movement. I found the best balance of flexible movement and comfort while standing, using the cane to move forward and backward but moving my body and head to rotate. You can also circle with a flick of the right stick, but I found the jarring motion to be a bit unnerving. Good thing, then, that Capcom tried to make Resident Evil 4 VR flexible enough to accommodate most personal VR thresholds.