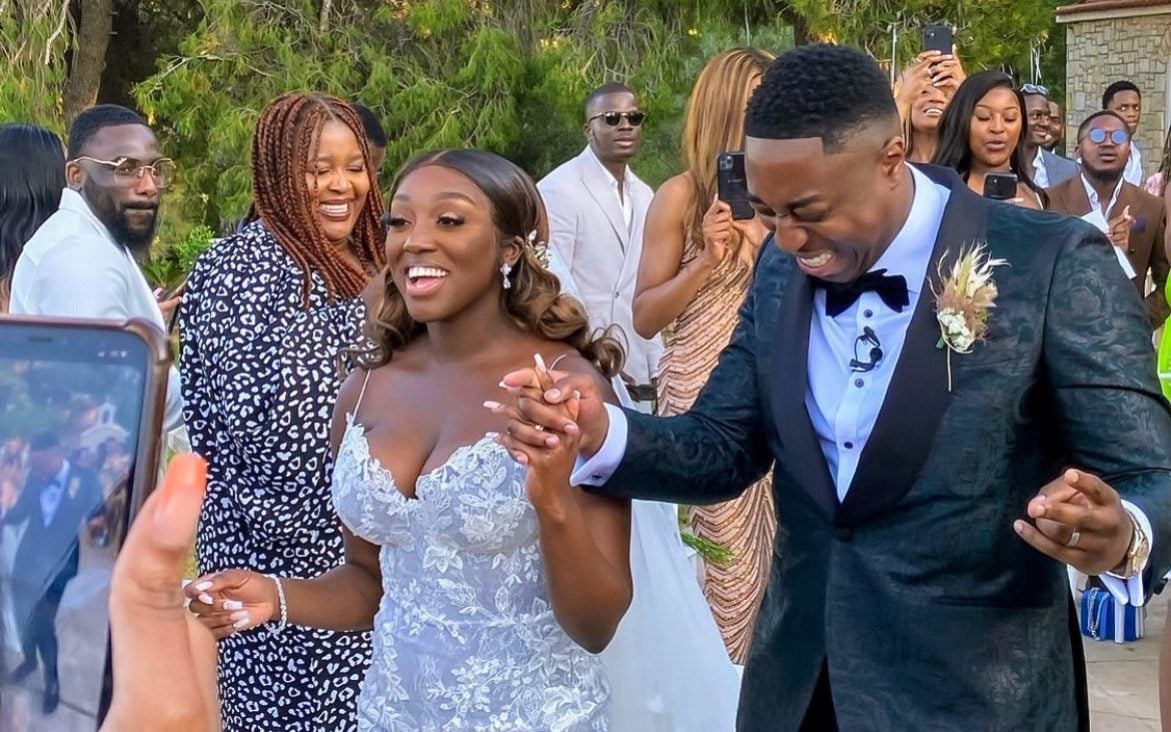 I am currently on day eight of a 10 day quarantine holed up at my home in south London. No, I was not pinged by Test and Trace nor did I have any symptoms. What happened was that I attended a wedding – abroad.

My friends Tosan, 26, and Aisha, 24, got married. After meeting in 2017 at the church they were attending at the time, they got engaged in November 2019 and, pandemic or no-pandemic, were determined to move forward with their wedding this summer. But instead of keeping it small, local and lockdown compliant, they opted for the big fat Greek option instead.

At the best of times, opinions about destination weddings are divided. For some, they represent a welcome and exciting adventure; for others, they’re a selfish exercise in reducing costs for the happy couple and increasing them for all guests (who not only have to pay for flights but also use up their annual leave).

Let’s face it: These aren’t the best of times. Greece is on the government’s ‘yellow’ list, meaning Brits can only travel there if they quarantine for 10 days upon their return. And so here I am, eight days later, waiting for my release.

If you had told me two years ago that leaving my home after a friend’s wedding was a crime for which I could be fined up to £10,000 I would have laughed. But in 2021, while it’s far from ideal, it actually doesn’t feel all that strange.

My friends had planned to get married abroad before the pandemic. Like many couples before them, they found it was a lot cheaper. In the UK they have struggled to find venues for under £10,000 (before food, drinks and decorations were even included), while venues abroad have already factored these things into a flat fee. In some mainland European countries, 50, 60 or 70 euros per person could cover the cost of venue, food, drinks and sometimes decorations. By getting married in Athens, Tosan and Aisha not only saved around £20,000 but also had a unique wedding experience that they would not have had at home.

Well and good for them, you might think, but what about the 200 invited guests? Not only could the cost be higher for us, but we would also need to take a Covid test before departure (cost of £129) and PCR tests on days two and eight of our quarantine (another £98 in total) with a ‘test to Release” option on the fifth day. All of this doubled what I originally budgeted for the trip. There was also extra paperwork as we had to fill out passenger tracing forms on arrival and departure. Under the circumstances, even the couple’s own parents had to be convinced that a wedding abroad was the way to go.

https://www.telegraph.co.uk/women/life/paid-travel-testing-quarantined-just-friend-could-have-big-day/ I attended my friend’s amber-list wedding abroad – should she have expected me to pay for my testing?

Is it a monkey? Is it Russell Brand? No, it’s Jared Leto’s ‘living vampire’ in Morbius