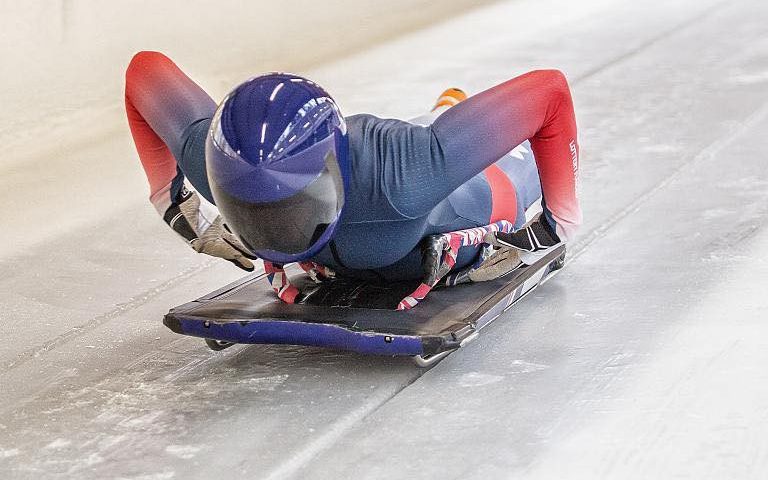 Her short-term memory was so badly impaired that she couldn’t recognize familiar faces when she attended the UK’s only bobsleigh and skeleton push-up track at Bath University, where she had been scouting for talent five years earlier. She had come for a doctor’s visit but nodded off during her appointment.

“A few months later it got to the point where I didn’t want to leave the house because I was in there for so long and I knew I was pretty slow with my speech,” says Furneaux. “I would be really worried about having to speak to someone in a store.”

Thankfully, she didn’t have to converse with the Miniature Schnauzer puppy her boyfriend Jake bought her. Froggy (“I wasn’t in the right frame of mind to argue with my boyfriend who gave her his name back then,” she sighs) gave her the reason to go for a walk outside.

Furneaux has accepted and managed her post-concussion symptoms, although she has yet to see the full impact of her adrenaline-pumping years on the ice.

She knows her career-ending accident was made worse by second-impact syndrome — when the brain rapidly swells after a person suffers a second concussion before the symptoms of an earlier one have resolved — after suffering one on a training run two days earlier suffered a blow to the chin which shattered her helmet.

Although research into head injuries has increased over the past decade, little is known about the subtle changes caused by the low level vibrations absorbed by skeleton athletes while running, which are believed to contribute to their “sled head” or “Skelly Head” can experience.

“I used to feel a little fuzzy, a little groggy,” says Furneaux. “It challenges you more when a track is bumpier. You can ski down a track that’s really slippery, come to the end and be like, “Wow, that was amazing.” But you’ll never get one that’s completely bumpless. There’s just a thin piece of foam over the slide, then you’re there. All those vibrations have nowhere to go but inside yourself – you feel them all.”

https://www.telegraph.co.uk/sport/2021/01/16/couldnt-stay-awake-long-enough-make-cup-tea-former-british/ ‘I couldn’t stay awake long enough to make a cup of tea’

one man’s campaign to bring black history into the classroom

Nurse details what the Raptors are getting from draft pick Koloko