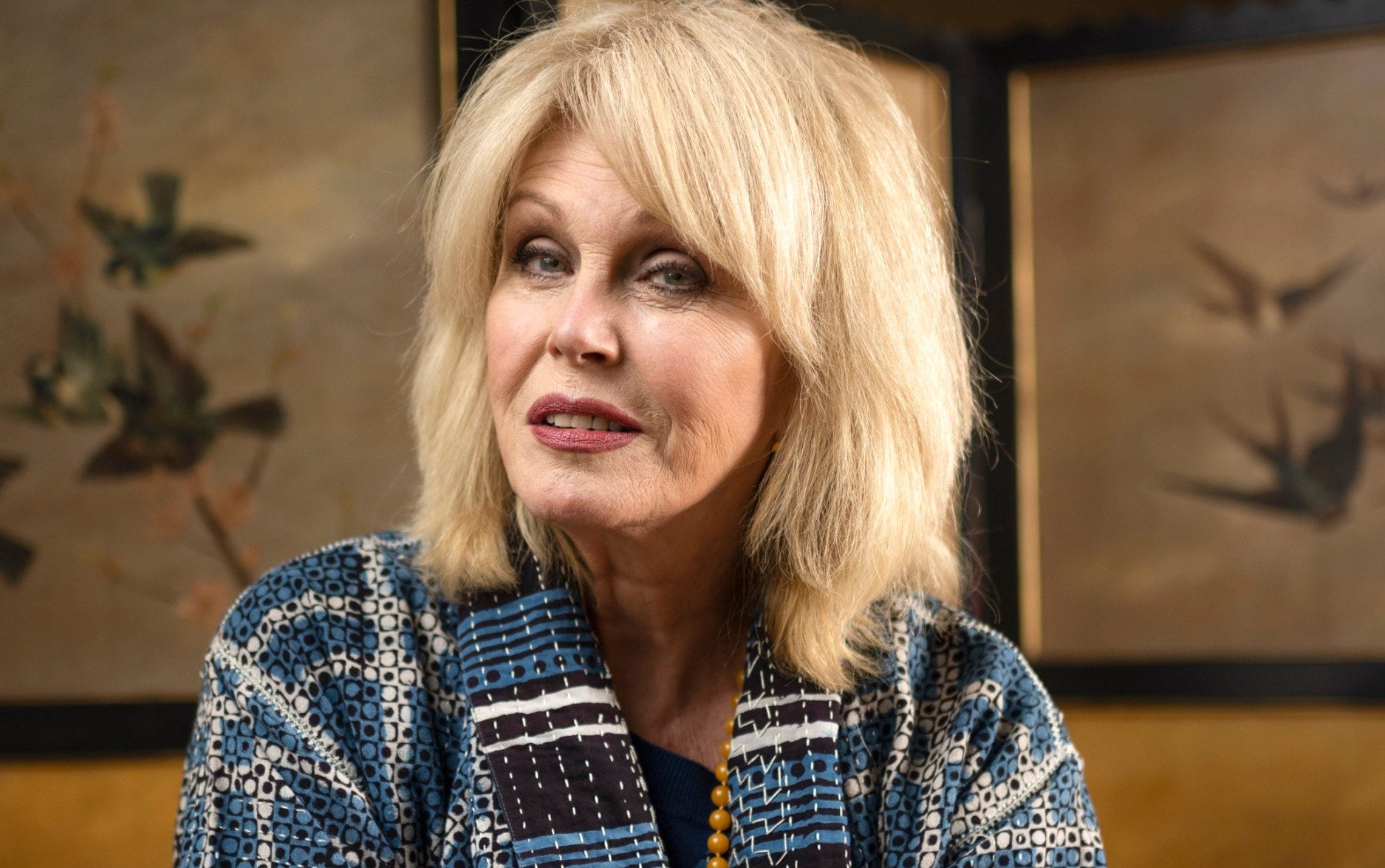 “After that, I left the play,” she continues. “I can’t apologize enough to the other actors then or now. It seems unforgivable. It seems like you did it because you couldn’t be made to do it anymore. It wasn’t. I was literally unable to go on. And after that, because I was burned out, so to speak, the way back was terribly slow and long. It lasted about six months that I was afraid of everything. I was afraid to cross the street. I was afraid to go into stores. I was afraid. I was scared to death.

“Sometimes during panic attacks, when you have to focus on breathing in and out to keep from dying, you’re trying to take your mind off the horrible hamster wheel that’s turning. I have not resorted to alcohol or drugs or anything like that. I didn’t take any medication. I neither went to the doctor nor did I seek advice. That was 50 years ago when it wasn’t quite that easy to do those things.”

So what did she do? “I’ve rebuilt myself. I thought, ‘I have to make myself strong enough so this doesn’t happen again. First of all, I am a mother. Second, I have to make a living, and I can’t afford to break down like this, break down. I need to get stronger How do I do it? What do I do when I’m so overwhelmed by fear?’”

She seems to me to be a very positive, half-full glass person now. “You know, Bryony, I’m very fond of stoicism. I don’t like breaking down and screaming and crying. Because I think if the ship went down, I’d be scared if the captain said, ‘That’s the scariest thing.’ Because the thing is, you gotta keep the mood going. You must keep up your courage. I think you have to discipline yourself, it’s a kind of self-discipline to try to be strong, to look on the bright side. Sometimes you have to make yourself optimistic. Sometimes you have to find a way out of the dark corners and believe me we all have dark corners. We all have dark, gloomy days when we think, ‘This is fucking pathetic.’ It can be anything, and nothing can trigger it. And then people say, “Count your blessings.” If you feel this way, you have no blessings. One does not recognize a blessing.”

Today, she enjoys counting her blessings—her garden she loves to potter, her teenage granddaughters, her life with her husband of almost 40, conductor Stephen Barlow. “I’m married to an artist,” she laughs, “so the idea of ​​either of us giving up what we’re doing… well, our lives would be pretty thin.”

She has been busy making documentaries and dramas throughout the pandemic and of course writing this book. She has always loved the Queen and remembers growing up in Kuala Lumpur when she was seven (her father was an officer in the British Army), watching footage of the coronation. “She [the Queen] easily pushed to the top of the pantheon of the wonderful I held in my heart,” Lumley writes in the book, which is a collection of reminiscences from people who met and worked with the monarch during her nearly 70-year reign.

It’s a lovely little tome that delivers the warmest glow. There are a few untold stories about Her Majesty, the finest of which comes from John Swannell, a photographer and good friend of Lumley’s. Swannell had been commissioned to photograph the Queen for her Diamond Jubilee and was allowed to do two takes for the images. The first, showing the Queen in front of a portrait of her father, King George VI, was Swannell’s favorite but was rejected in favor of a composition without the King. Swannell was saddened but reassured when he was later told that “the Queen did not like the photograph of the King’s portrait but loved it so much that she had it framed and hung in her bedroom”.

Lumley has met the Queen a number of times and received her OBE from Her Majesty. “You don’t remember much except the beating heart when you stand up and take a step forward and a step back and you’re trying to make it all right,” she says now. She was invited to Buckingham Palace for lunch, an intimate affair with just eight guests. “And all I can remember was going to the salon before. It’s pretty and friendly and not scary, but funnily enough, meeting the queen is always scary. The queen is the queen. And you can’t believe it, you’re so amazed when you see someone who looks so incredibly familiar.”

She was with a Scottish police officer and a judge when she was introduced to the Queen. “We had gotten on to the topic of drugs, and I said that I thought that if drugs were legalized – if cocaine went between cough syrup and corn plasters, for example – it would take out all the drug lords and all the bad guys in the world. I mean, what made me yell like that all of a sudden? Afterwards I thought: ‘You fool, Joanna, you FOOL!’ The Queen didn’t want to hear your opinion on drugs!’”

Perhaps she did, I say, before asking myself aloud if our monarch made any contributions to this conversation. “She has this sly way of saying, ‘How interesting, tell me more, go on,’ which just makes you want to keep wandering.”

She tells me that the Queen is actually quite shy. “I think that she probably decided a long time ago that she was going to hold back in some way, that she wasn’t going to suddenly dance like crazy or do something weird or weird.” I say that she’s the only person in the modern world , whom we allow to maintain such a dignified silence. “Well, yeah, it’s such a rarity because we’re always encouraged to raise our voice to let people know who we really are. And that doesn’t seem to be part of the Queen’s remit at all. She’s just never done it before.

“But people who know her well always say she has a wonderful sense of humor and so much warmth. So many people, Bryony, talked about their sixth sense, their special sensitivity to people. And that amazed me. For when you consider what she had to accomplish in her long life and reign, when you consider how many thousands, maybe even millions of people she met, she has become terribly wise. And one of the great things of wisdom is to keep calm, to keep still and to listen.”

Which of course brings us to the Queen’s children and grandchildren and some current issues in the royal family that aren’t quite as dignified. “Well, to be fair, I think it’s quite difficult to find someone as dignified as the Queen,” she says very diplomatically. “Never make the mistake of thinking that the royal family is just like us, because they are not. Each of them has a detective just out of sight; Everything they do is monitored. You don’t suddenly say, “Oh, I’m wondering if Sainsbury’s is closed yet and if I can come down and get something quickly.”

“And for the Queen it was different than the younger ones because, remember, she never went to school. So while we have this very ordinary – in a way – woman whose main passions are the countryside and horses and dogs, she has also had to be this most regal, dignified symbol throughout her life. That’s why I admire her a lot more, knowing she’d rather be on horseback or with a crowd of dogs and just stride over the hills.”

https://www.telegraph.co.uk/women/life/joanna-lumley-like-think-quite-tough-burnt/ ‘I like to think that I’m quite tough – but I burnt out’

a stately period piece – with an unexpected orgy-dance

An expert guide to a weekend in Lisbon

How two letters kicked off a national kindness project