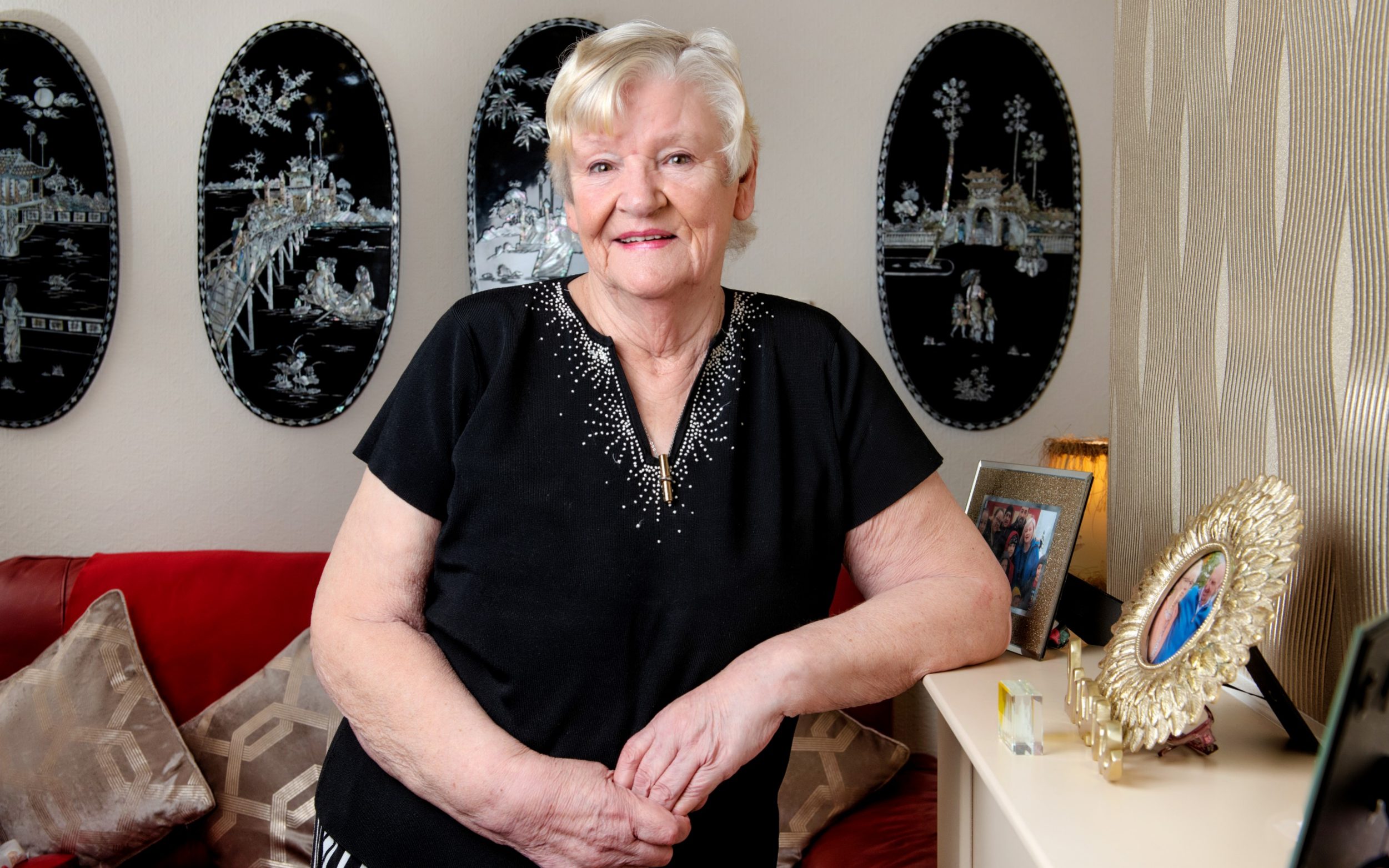 There are moments in your life when you just take a chance. When you do something that feels so strange, it borders on the ridiculous.

This is what June Kinvig felt as she sat in her Lancashire living room last July and spat into a small plastic tube.

“My daughter Melanie told me about DNA tests, how they can help you find missing people,” says the 81-year-old. “At first I was reluctant, too old to get involved with this modern technology. But then I decided to trust her and see what happens.”

That leap of faith would forever change June’s life and family.

“I grew up in Liverpool, the eldest of five children. I was five when my half sister Carol was born. I taught her to tie her shoelaces and took her to school, we even shared a bed. We were as close as two siblings can be.”

Then, at the age of ten, tragedy struck. “Our mother died suddenly of cancer on Boxing Day 1949. Her funeral was on New Year’s Eve and on New Year’s Day all five of us were sent away.”

Put into the welfare system, the children were separated, sent to a revolving door of relatives, orphanages and foster parents. “It was such a scary, lonely time,” June recalls. “I tried to keep track of where my siblings were, but it was difficult. I was only ten and nobody wanted to help me. It was so hard to know that we were once a family. Then suddenly we were nothing.”

At the age of 12, June heard that Carol lived nearby with foster families and was determined to see her. Driving through town, she nervously asked the neighbors if they knew where Carol was.

“When they said the family had moved away, it was like a physical blow. But that day I promised to find her to make sure she was okay.”

For the next seven decades, June never lost hope. When the Social Services paper trail cooled, she wrote to Cilla Black, the Salvation Army, the Long Lost Family television show; anyone who might offer a glimmer of hope for a reunion.

She placed ads in the Lost and Found section of the local Liverpool newspaper hoping Carol would see them. It was one dead end after the other.

She had managed to keep an eye on her brothers. “Two of them moved to different countries when they were young, which made communication extremely difficult at the time. And sadly both died young, one in his 40s and one in his 50s.”

Her third brother, Terry, stayed in Britain and at first they spoke to each other once or twice a year. “But our lives were so different that we drifted apart. Eventually we stopped talking altogether.”

June focused on her closest sister, Carol. “Every time I tried a new plan, there was a small flame of hope that maybe this time it would work and bring us together again. But it never did. Until July 2020, just seeing Carol once would have been enough, even if we hadn’t spoken. Just knowing she’s okay is all I wanted before I died.”

Then her daughter Melanie – one of June’s seven children – came to her with an idea. “She suggested a DNA test and explained that it connects you to any family members who have taken the same test. Maybe Carol had taken a test or some other relative who could help us find her.

“I hesitated, but saw that the MyHeritage company had a special offer. In the end I thought, why not grab it?”

Three restless weeks later, June has a message from Melanie. “When she said the results showed a possible half-sister, my heart stopped. I burst into tears: It had to be Carol.”

But there was something odd about the results. The level of DNA connection between the two predicted that they were either half-siblings, cousins, or a niece and an aunt. But the birthday of the new relative – whose name was Jean – was not the same as Carol’s.

https://www.telegraph.co.uk/family/life/spent-decades-searching-long-lost-sister-found-another-sister/ ‘I spent decades searching for my long-lost sister – and found another sister I never knew I had’

The best gifts for Mother's Day 2021: last-minute present ideas your mum will love