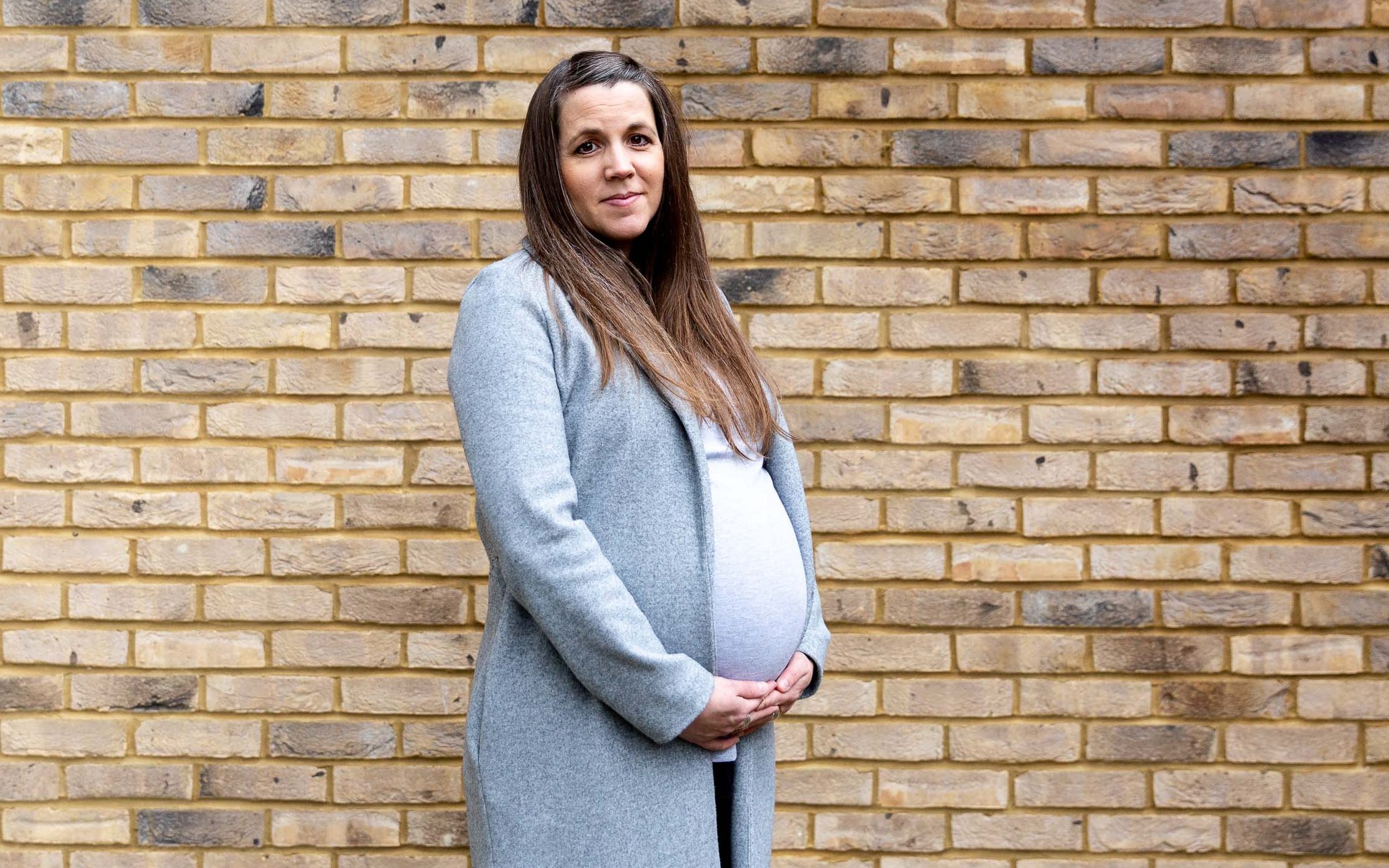 Telling people you’re pregnant for the first time at 42 is a funny old thing. For about 20 years, I’ve watched my girlfriends go through the highs of pregnancy and share their news—sometimes when I desperately wished I could be a mother too. But those stars just hadn’t aligned. Regardless, I was as delighted as only a friend can be, and especially sensitive when I knew people were struggling to get pregnant or had life situations that made the whole process that much more difficult.

In December, after almost a year of fertility treatment with my long-term partner Jonjo, who is infertile after cancer, I had to share my own news: I was pregnant with twins. It felt like announcing a lottery win. For the most part the friends were happy, but the odd comment or two, all related to my age, really knocked the wind out of my sails.

On a walk with another IVF friend, she quipped, “We can’t all be fertile geriatrics like you.” I understood her frustration. Essentially it looked like it just happened because it was our first round of ICSI/IVF.

But that was not the case. I decided to freeze my eggs when I was single and ended up in the hospital after the procedure in 2017 with excruciatingly painful and swollen ovaries. This time I decided to have another fresh egg collection as I had been told my fertility was still very good and if it didn’t work I would have the frozen eggs as a backup.

I ended up back in the hospital, taking morphine for a night with the same pain. Then the pandemic came and the clinic closed leaving us in limbo like many others. When the clinic reopened in the summer, two days before our embryo transfer, I found what I thought was a lump in my left breast. I had a mammogram and was told I would need a biopsy the next day, so our treatment was canceled immediately. We finally resumed it in early September when we had successfully implanted two embryos.

Your comments left me discouraged. I had waited for decades to get to this point in my life, and here I almost felt betrayed for it. I also didn’t like being called geriatric.

Another friend sent me an email to congratulate me, followed by a dismissive comment, “I thought you never would.” She didn’t mean it, but it frustrated me that others were looking at my biological clock and assumed I almost missed my chance. A family member said they were beginning to worry that I was going to give up too late and planned to talk to me about it. I was outraged that they thought I had to hurry somehow as if I didn’t know.

With so much negative discourse and scaremongering surrounding female fertility, I wanted to be a ray of hope for others who, for whatever reason, were trying it “later in life.” I encountered many “expert” opinions in my 30s that made me panic just because of my age and believing my chances of having a family were over. While a woman’s fertility decreases as she ages, the statistics I have been given do not relate to me personally. Instead, I had my own fertility checked with a blood test and ultrasound (a much cheaper procedure) and planned what I was going to do.

In fact, it’s becoming increasingly common for women to start their families in their 40s. The 2018 Fertility Trends Report by the Human Fertilization and Embryology Authority (HFEA) states that “patients aged 40 to 42 had a higher chance of a live birth in 1991 than patients aged under 35,” while according to the Office for National Statistics ( ONS), the number of women aged 40 to 44 giving birth in 2019 has doubled in the past two decades alone, rising from 13,617 in 1999 to 27,228 in 2019.

Jonjo is five years younger than me and when we met at work almost six years ago after meeting, I made it clear that family was on my agenda. I didn’t want to be in another situation where I was ready for a family but my partner wasn’t. He responded with “I know what I’m signing up for,” and that was enough for me to trust that we were on the same page. I was already 37 but I knew there were some things we both wanted to do in front of a family and he knew my deadline for me. So when it came time to make decisions, it was exactly the right time for us. His semen was already frozen and I was told my fertility was that of a 25 year old so we weren’t more worried than anyone else. For us, my age was not a problem.

I consider myself lucky to have a successful pregnancy and that we only had to experience one round of IVF for us. But there are no guarantees for someone who tries at every stage of life. I’ve seen younger friends go through miscarriages and numerous rounds of treatment to no avail. No one wants to be pitied because others judge their chances. Especially not us geriatrics.

https://www.telegraph.co.uk/women/life/finally-pregnant-42-arent-friends-happy/ I’m finally pregnant at 42 – but why aren’t all my friends happy for me?

a modern Rear Window, with an evil Alexa at its heart

The best and most beautiful European lakes to visit in 2022

5 healthy habits that are trending across Hong Kong in 2022