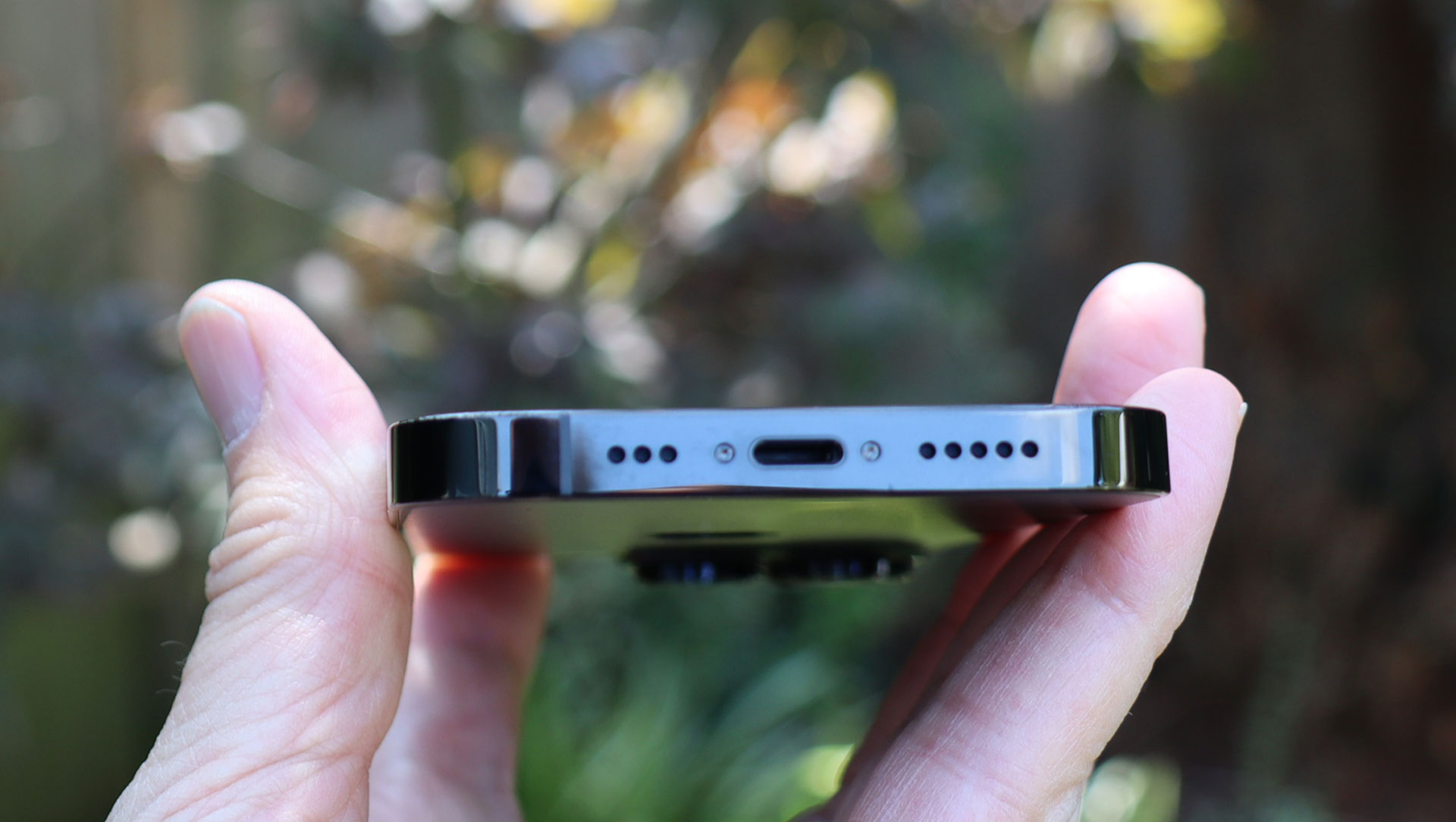 A new leak suggests the Apple iPhone 15 family, from the base model to the rumored iPhone 15 Ultra device, would all use USB-C instead of Apple’s Lightning connector – with one key difference between the high and low end models.

USB-C ports for iPhone are a long-rumored and anticipated change that may be mandated by European Union laws coming into force in the near future by 2024.

However, the additional upgrade would result in the iPhone 15 Pro and iPhone 15 Ultra using a full Thunderbolt 4 connector, which offers much higher bandwidth for faster data transfer and intense graphics output.

The leak comes from a subscription-based newsletter hosted by Twitter Leaker LeaksApplePro (opens in new tab)a source with a relatively decent track record of tips on upcoming phones.

The leaker correctly suggests that recording high-resolution video, even using Apple’s efficient ProRES format, creates files that are prohibitively large to transfer over an aging connection like Lightning. Transferring a 15 minute 4K resolution video file from your iPhone to your laptop would take around 40 minutes.

Apple hasn’t updated Lightning significantly since its inception, and now that the phones are demanding more bandwidth for the huge video files they’re creating, it makes sense for Apple to go with something better – especially since it uses the same method on the iPad Pro and Air becomes models.

In addition to the new data connection, the leak also says Apple will continue this year’s pattern of only using the latest Bionic chips on the pro-level iPhone and better.

The iPhone 15 Pro and iPhone 15 Ultra are rumored to get the A17 Bionic chipset, noting that Apple feels secure in its position as the chip performance leader and will instead focus on power efficiency.

The new chips are said to be up to 20% more energy efficient than the current A16 Bionic.

Finally, all new iPhones are expected to get Dynamic Island’s hole-punch feature, and that seems like a necessary step if Apple hopes Dynamic Island will survive as an interface concept.

If only the top half of iPhone buyers by wallet size can take advantage of the dynamic island, then it’s essentially an island in itself, and fewer third-party developers will support it.

Analysis: USB-C is a lot more exciting than it seems

We’ve been anticipating Apple’s launch of USB-C on the iPhone for a while, especially since the European Union ruled against the company’s proprietary port.

Of course we like a universal standard, but opening iPhone up to USB-C will also kickstart the aftermarket, and this time in a much more robust way.

There are already many proven USB-C accessories on the market, as all other major smartphone and tablet manufacturers, and even Apple’s own iPad Pro tablet, use USB-C.

When Apple puts USB-C into an iPhone, it doesn’t reinvent the wheel from an old 30-pin connection to a new tiny connector, like going from the original iPod connector to Apple Lightning.

This will be Apple finally allowing its devices to join a mature community with amazing potential for what USB-C and Thunderbolt in particular can enable.

https://www.techradar.com/news/iphone-15-pro-could-get-the-fastest-connection-possible iPhone 15 Pro could get the fastest connection possible

FM must rethink - The Economic Times

The cheapest Sonos sales and deals for September 2022