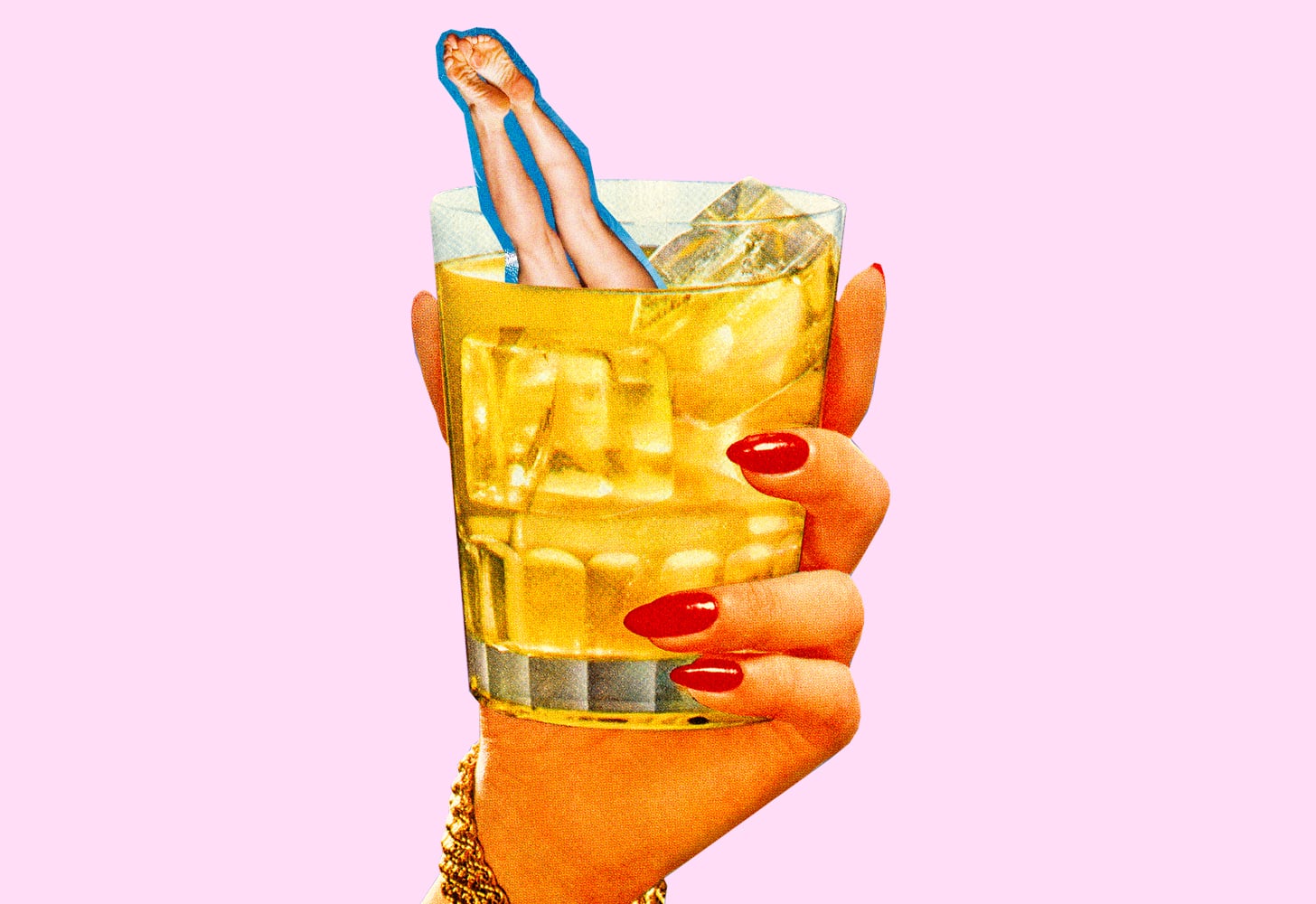 Sometimes, after a long day at work, school, caring and living in 2022, nothing sounds better than a glass of wine or your favorite cocktail. Call it happy hour, call it taking the heat, call it blowing off; We’re used to leaning on alcohol when we need help relaxing, which these days feels harder than ever.

No judgment on anyone’s coping mechanisms, especially after the past few years, but it’s true that drinking is a habit not to be overly relied on. The physical and mental health risks of alcohol consumption are well documented, but it is not always easy to objectively assess one’s own drinking behavior and the associated risks. Let’s say you drink alcohol almost every day, but not in large quantities – a glass or two of wine, or a gin and tonic, or hard soda. You don’t drink much, but you drink regularly. When is this unhealthy or a habit to watch out for? Here, Christopher Johnston, MD, addiction medicine specialist and chief medical officer at Pinnacle Treatment Centers, has the answers.

Is it unhealthy to drink alcohol every day?

“There is no such thing as a risk-free frequency of alcohol consumption,” says Dr. Johnston. “Regardless of the type of alcohol, the risk increases as the amount of alcohol increases.” As you drink more frequently, he adds, your risk of negative consequences increases, although there is some risk even if you drink sporadically.

Short answer: yes, daily drinking is an unhealthy habit. Frequent drinking in particular can lead to stomach problems, high blood pressure and mental illnesses like depression and anxiety in the short and long term, says Dr. Johnston. Liver and nerve damage, memory problems, and sexual dysfunction are also common health effects. Daily drinking can also increase your risk of developing alcohol use disorder (AUD), especially if you drink heavily, which the National Institute on Alcohol Abuse and Alcoholism (NIAAA) defines as drinking more than three drinks in a day or more than seven drinks per week for women and more than four drinks per day or more than 14 drinks per week for men.

Daily drinking can also increase your alcohol tolerance, meaning you won’t feel the effects of alcohol as quickly. In other words, if you’re drinking to evoke a specific response in your body (like feeling relaxed or relieving stress), you may need to drink more to get there. Even if you start out as a moderate drinker (one drink or less a day for women), drinking daily increases the likelihood that you’ll become a heavier drinker to help overcome an increasing tolerance.

New research also suggests that age may have something to do with alcohol’s health risks. A 2022 study published in The Lancet found that health risks were higher for people under the age of 40 and that the estimated amount of alcohol that can be drunk daily – without potential health risks – is just two tablespoons of wine, or 0.34 ounces (100 milliliters) of beer for women and a small shot glass of beer for men.

This study (which is a review of data and conclusions extrapolated from the Global Burden of Diseases, Injuries, and Risk Factors Study) is notable for being the first to review alcohol risk by geographic region, age, gender, and Year and because it suggests that alcohol consumption guidelines may need to be differentiated by age rather than gender. Some experts have criticized the conclusions, and it’s worth noting that the study had a very broad definition of “health risks,” covering everything from physical injury to mental health issues, cardiovascular disease, and cancer.

But lead study author Emmanuela Gakidou, a professor at the Institute for Health Metrics and Evaluation at the University of Washington School of Medicine, told CNN that the snack is largely the same. “What we’ve been able to do now is break it down: Who is alcohol harmful to? Who is alcohol beneficial to?” he said. “So the message comes across differently, but it’s actually consistent with what we said before.” And that message is that drinking in any amount seems to be bad for your health.

How to rate your drinking habits

Binge drinking and heavy drinking can increase the risk of AUD, which is the impaired ability to stop or control alcohol consumption. AUD is diagnosed on a spectrum of mild, moderate, and severe. Some common early warning signs that you’re developing AUD include, according to Dr. Johnston:

While drinking daily doesn’t necessarily put you in the category of a heavy drinker or someone with AUD, it can increase your likelihood of developing these problems, as well as other alcohol-related health problems. If you drink alcohol every day or most days, you should reevaluate your habits for the health risks involved and consider reducing your alcohol consumption in favor of other coping mechanisms. With drinking, as with many things, moderation – in quantity and frequency – is key.

https://www.popsugar.com/fitness/is-it-bad-to-drink-alcohol-every-day-48796535 Is It Bad to Drink Alcohol Every Day?