The Journalism Competition and Preservation Act (JCPA) was saved from legislative oblivion yesterday after Senator Ted Cruz (R-TX) worked with Democrats to save it based on the false claim that the media and big tech are fighting each other be. But as Sens. Marsha Blackburn (R-TN) and Marco Rubio (R-FL) have pointed out, nothing could be further from the truth. 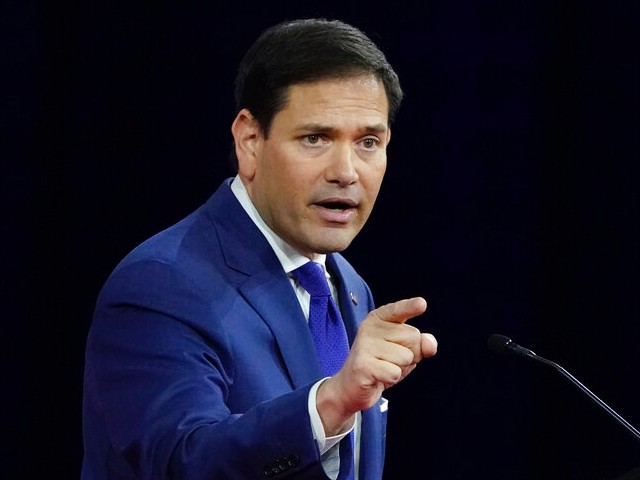 This criticism exposes a fundamental weakness in a key argument by JCPA supporters, including Sen. Cruz. According to them, the media and big tech are facing each other.

In fact, the two entities have worked hand in hand for years to suppress independent media and control the flow of information on behalf of elites. The JCPA, which would allow the media to form a joint negotiating body to work with Silicon Valley, only exacerbates this longstanding trend.

There was a time that was fast approaching the outer limits of generational memory when the New York Times and CNN and other such media titans had to compete on an equal footing with independent creators.

If an independent creator got a million views overnight, that blogger would probably be on the front page of relevant Google searches and at the top of your Facebook feed.

Videos by independent creators recording from their parents’ guest rooms would routinely outperform CNN and NBC in YouTube search results.

Ordinary users could launch Twitter hashtags and increase them meaningfully, giving ordinary people an unprecedented impact on the national conversation.

For a moment, it seemed like the old media’s slow, centralized dinosaur brands were destined for the dustbin, outdone and outdone by tens of thousands of independent voices.

That moment, which spanned the first half of the 2010s, now seems like a distant memory. Why? Because Big Tech worked with Big Media to fix the playing field.

Google and Facebook do this through their highly visible news tabs, where only handpicked sources are allowed to appear.

Twitter does this through the What’s Happening tab. Previously a list of trending hashtags driven solely by user activity, you’re now being coerced with content handpicked from “authoritative” news sources, along with some hashtags not worth suppressing.

And YouTube simply adjusts its search results when the legacy media complains.

In addition, every major platform now employs armies of partisan “fact-checkers”: a kind of digital statasi that hunts down alternative news sources and identifies mavericks so the platforms can then suppress them. The tech companies don’t even try to hide that this ecosystem is a tool for the legacy media companies to crush their competition: usa today, is a Facebook fact checker, for example.

Against this backdrop — years of collusion between big tech and big media to stifle the latter’s competition — Republicans like Ted Cruz have thrown their support behind the JCPA, which is a pass for even more collusion. It is an utter betrayal of voters who want the discredited legacy media to be replaced, not salvaged.

Perhaps the Republican senators supporting this bill are hoping that their constituents are now simply desensitized to treason. It would be a dangerous gamble so close to midterms.

Allum Bokhari is Senior Technology Correspondent at Breitbart News. He is the author of #DELETED: Big Tech’s Battle to Erase the Trump Movement and Steal The Election.

What Pride Means To Queer Teens

GM Recalls Nearly a Half a Million Vehicles Over Seatbelt Issue