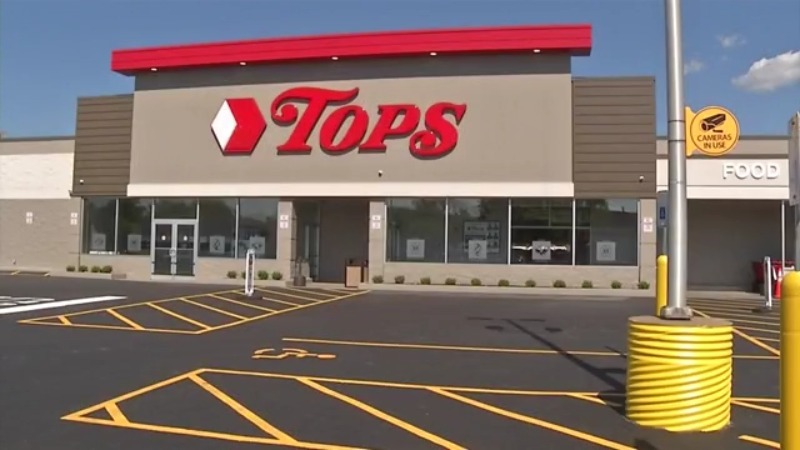 BUFFALO, NY (WIVB) – Tops on Jefferson Avenue has officially reopened, but for many the doors are opening too soon.

On May 14, a mass shooting at the store killed ten people and wounded three others. Every person killed was black and the accused gunman is an alleged white supremacist.

As of Thursday, the suspect was indicted on 27 federal counts. If convicted, he faces life imprisonment and the death penalty.


Reaction to the store’s reopening has been mixed. On Friday morning, after a series of renovations, many people showed up with signs condemning the decision. One sign read, “This is not food justice!” while another said, “Two months is too early to reopen these wounds.”

Others were happy to see the store reopen, including some employees.

Tops officials offered a look inside the renovated store on Thursday. Prior to this, community leaders and elected officials gathered for a moment of silence and prayer.

An early morning service was held at 5 a.m. Friday morning before the store reopened.

New security measures have been introduced inside and outside the store. A “water wall” monument has been installed inside, and more indoor and outdoor monuments are planned.

Mass shooting at the Buffalo supermarket

Jhas Williams is a traffic/features reporter who has been part of the News 4 team since 2020. See more of her work here.

Evan Anstey is an Associated Press Award and Emmy-nominated digital producer who has been part of the News 4 team since 2015. See more of his work here and Follow him on Twitter.

Keeping cool! Ice lollies do the trick as temperatures soar at wildlife park

Waitr Changing Name to ASAP, Will Deliver More Than Food