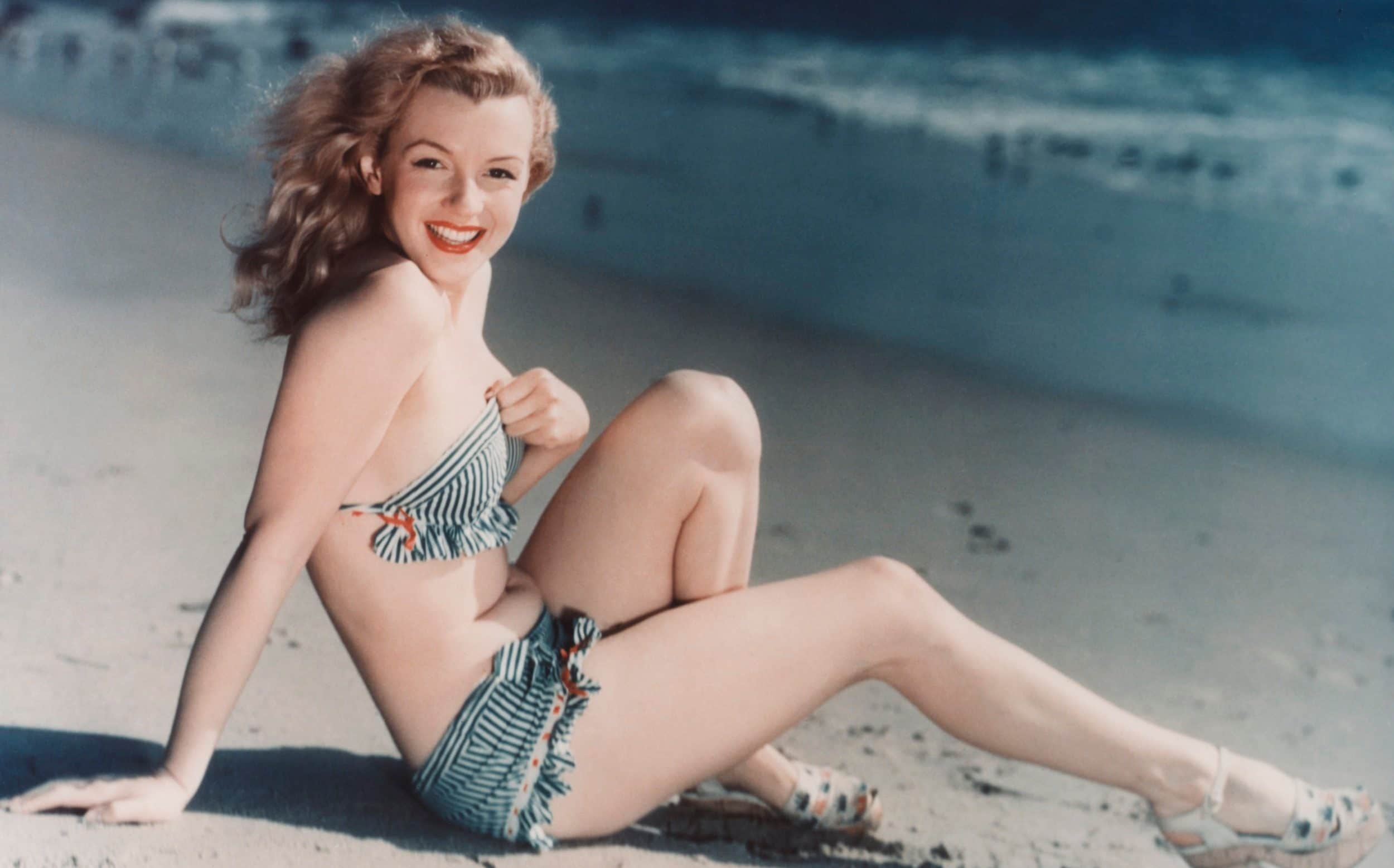 In 1962, when Monroe sang “Happy Birthday, Mr President” to JFK, his brother-in-law, Peter Lawford, announced her as “the late Marilyn Monroe.” She was dead three weeks later. Earlier that year she had bought a hacienda in LA with the words “Cursum Perficio” engraved on the stone slab: Latin for “I ran the course”.

Monroe had planned to do a biopic about her childhood obsession, Jean Harlow, Hollywood’s original peroxide sex symbol who — like her — loved disastrous men, was better than the movies she starred in, fought the studio system, and had a complicated mother. “I kept thinking about her and mulling over the facts of her life,” she said. “It was kind of scary, and sometimes I was like, ‘Can I really do this?’ But I do not think so. We just seemed to have the same spirit or something, I don’t know. I kept wondering if I was going to die as young as she did.” Harlow died of kidney failure at the age of 26 after being given endless sedatives by the studio doctor.

The raw facts of Monroe’s life – Hollywood spawn doomed to be Harlow – already feel like a novel, full of clunky foreboding. No wonder, decades later, Miller told Oates that everything that had been written about Monroe was some kind of fiction. Her story draws her in ahead of all the unreliable and conflicting testimonies — people claiming to have been her best friend or even her secret husband — that have accumulated like barnacles on a sunken wreck since her death.
People want to be part of Monroe’s story, own a piece of her because she feels like America’s closest equivalent of a Greek myth. Her sphinx-like smile has become shorthand for all that is delightful and all that shameful about 20th-century America.

And we can’t let her go. A new Netflix documentary, out Wednesday, delves into the tangled mystery of Monroe’s death, this time through little-heard tapes from her inner circle. In Oate’s novel, Monroe accidentally overdoses – but there follows a scene where “the sniper” from “The Agency” arrives to inject a fatal dose of Nembutal and purge her house of written “materials.” Does Oates agree that Monroe was killed – because of the Kennedys, because of the mafia, or both?

“It could be something like a hallucination,” she tells me. “But I also wanted to leave the possibility open – like an alternate universe. It’s quite possible – not likely, but possible – that she was murdered.” More likely, “she should have died” after calling for help. Oates points out that Monroe’s house was cleaned out and her phone records erased before the LAPD arrived at the scene. “They were after another law enforcement agency — probably the FBI.”

Either way, Monroe “probably would have attempted suicide at another point in time. She was somehow doomed. She was in some kind of tunnel.” In the end, says Oates, “glamor killed her.”

Read the short story by Joyce Carol Oates, “Miss Golden Dreams 1949” here. Night, Neon and Other Stories of Suspense (Apollo Fiction, £18.99) is available now. The Mystery of Marilyn Monroe: The Unheard Tapes premieres on Netflix Wednesday. The Blonde movie is coming out later this year

Ancient symbols, gory origins and the most unique gestures of love

Prince William and Kate have never looked so conventional