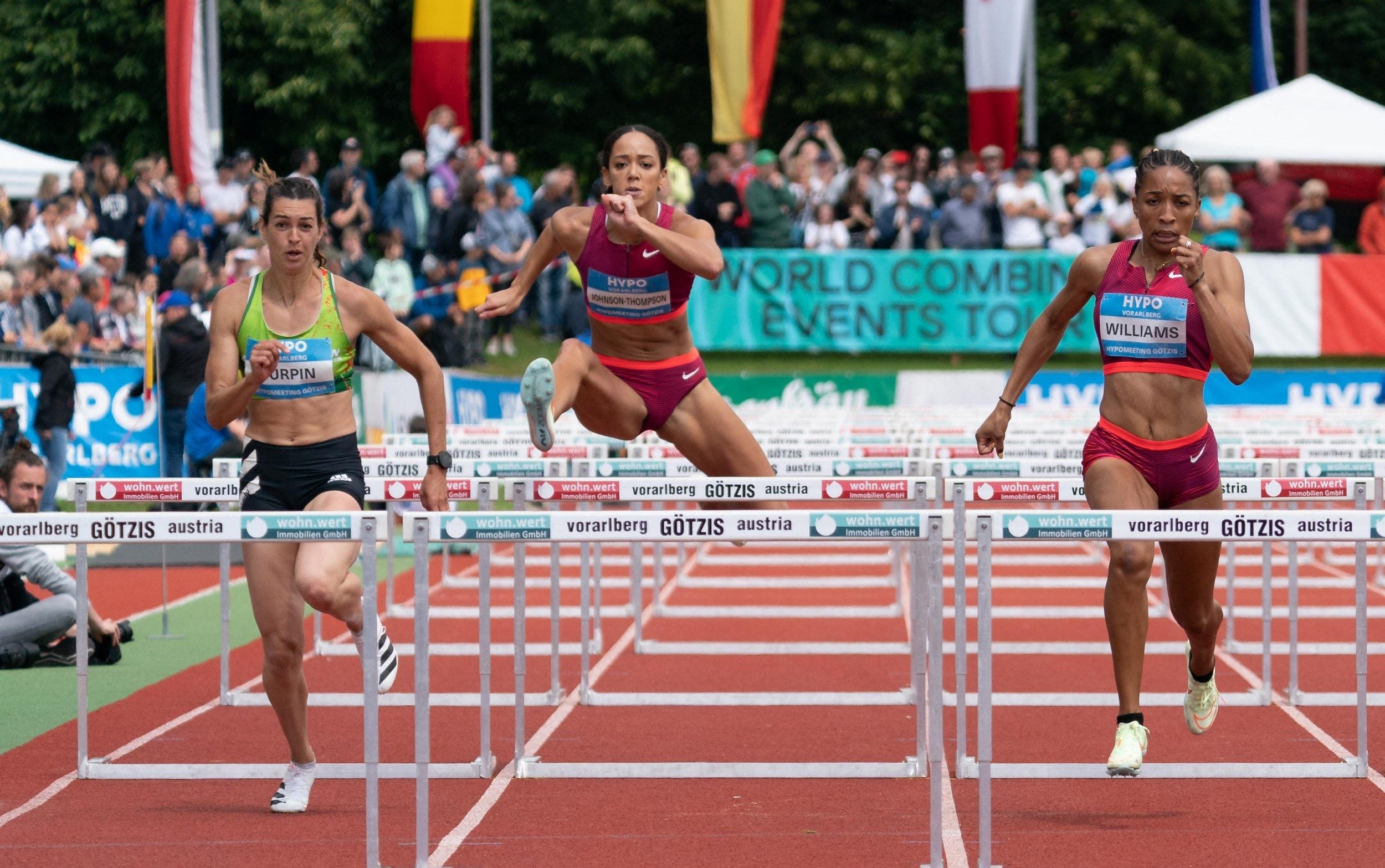 Only two of Johnson-Thompson’s competitors have a faster 100-meter hurdles personal best than her, but the tone was set for the day when she managed to finish last place by just 13.80 seconds in her morning heat. The 1.77m jump that followed was her lowest since 2014.

An afternoon stroll and words of encouragement from her mentor, Denise Lewis, brought only a slight improvement after 12.87m in the shot put fouled on her biggest attempt. A 200m time of 23.51 seconds was a slight climb to end the day.

“You have to dig deep for the positive things today,” she said, laughing. “But there are some. Because I’ve been in this situation before, I know I can get out of it. I just have to finish and then back to the drawing board.”

While Sulek (3,940 points) leads Dutch Olympic silver medalist Anouk Vetter (3,843) to the top of the standings, Johnson-Thompson (3,695) faces a battle to even become the top British athlete at Gotzis.

22-year-old Holly Mills, who finished fourth at the World Indoor Championships in March, is poised to add to Britain’s prestigious heptathlon pedigree and is just four points behind Johnson-Thompson overnight in the 10 jump), 13.36m (shot put) and 24.47 seconds (200 m).

The decathlon is set for an intriguing neck-and-neck race between Switzerland’s Simon Ehammer and Canada’s Olympic champion Damian Warner, with the two separated by just two points and a huge 255-point lead over third place.

Leader Ehammer had one of the most notable multi-event performances in the long jump when he jumped 8.45m – a mark good enough to win individual gold at every Olympics since 2004.

Keely Hodgkinson suggested she could compete for the 800m world gold with a win in a world-leading 1.57:72s, while Dina Asher-Smith could only finish fourth in the 100m behind Elaine Thompson-Herah and Laura Muir in the 11 1,500m.

How to obtain all Gold Records in Campaign mode

“He looks a really good player by the way”